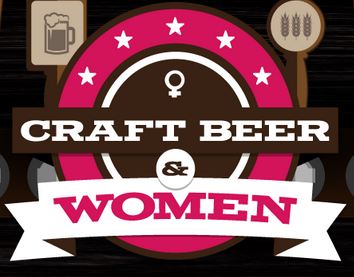 As the craft brewing industry progresses there are more and more women joining in the ranks from owners to brewers and to sales and everything in between. In today’s world we would hope that this distinction between genders would be an afterthought but unfortunately this is not always the case.

The website Winebags.com has just put together an informative infographic that demonstrates the high importance of the role that women have played in brewing history.

The storyboard of the infographic reads the following:

The craft brewing industry in the U.S. has been growing at an extreme pace. The collective brewing volume of craft breweries has doubled in the past six years in the U.S. In 2012 the number of craft breweries operating in the U.S. surpassed the industry’s peak that was set in the 1880’s. This growth has introduced many new flavors and styles of beer to the U.S. and has allowed women to discover a new love for the beer.

A craft brewery is a brewery with an annual production of 6 million barrels or less.

In ancient civilizations, women brewed for their families and sold of the excess to others nearby. Beer in Ancient Egypt was almost solely produced and sold by women, and when the U.S. was first colonized women were the primary brewers. Producing beer made from ingredients like corn, oats, wheat, and honey. Brewing didn’t become a male dominated industry until the Industrial Revolution, when the potential business opportunities were realized.

29%
An Auburn University study found that women make up 29% of brewery workers.

18-34
According to a recent poll, beer has taken the first choice of drink away from white wine in women in the 18 to 34 year old segment.

Barley’s Angels
Chapters around the world dedicated to creating an environment for women to learn and explore the craft beer industry.

Arthritis
A study of more than 238,000 women found that moderate alcohol consumption could decrease one’s risk of rheumatoid arthritis by 22%. Women who drank beer moderately had a 31% decreased risk when compared to those who did not drink beer.

Heart Health
Beer can increase blood-vessel function by more than 50% and contains many antioxidants just like wine and it also contains flavonoid compounds that are potentially beneficial for heart health.

Coffee
Compare with: Stouts
Common flavors include chocolate and caramel

White wine or Champagne
Compare with: Saisons or Farmhouse Ale
Common flavors include yeast and florals

The craft beer industry has opened the door for women to gain a more prevalent role in the beer industry. The U.S. has a long way to go from tearing down the walls of the male dominated beer drinking industry, but as the local and fresh trends continue, more women are going to find themselves pairing their meals with a craft beer.
Tags:Beer History, Craft Beer & Women, Craft Beer Infographic, infographic, Melissa Hardman, Winebags.com, Women In Beer