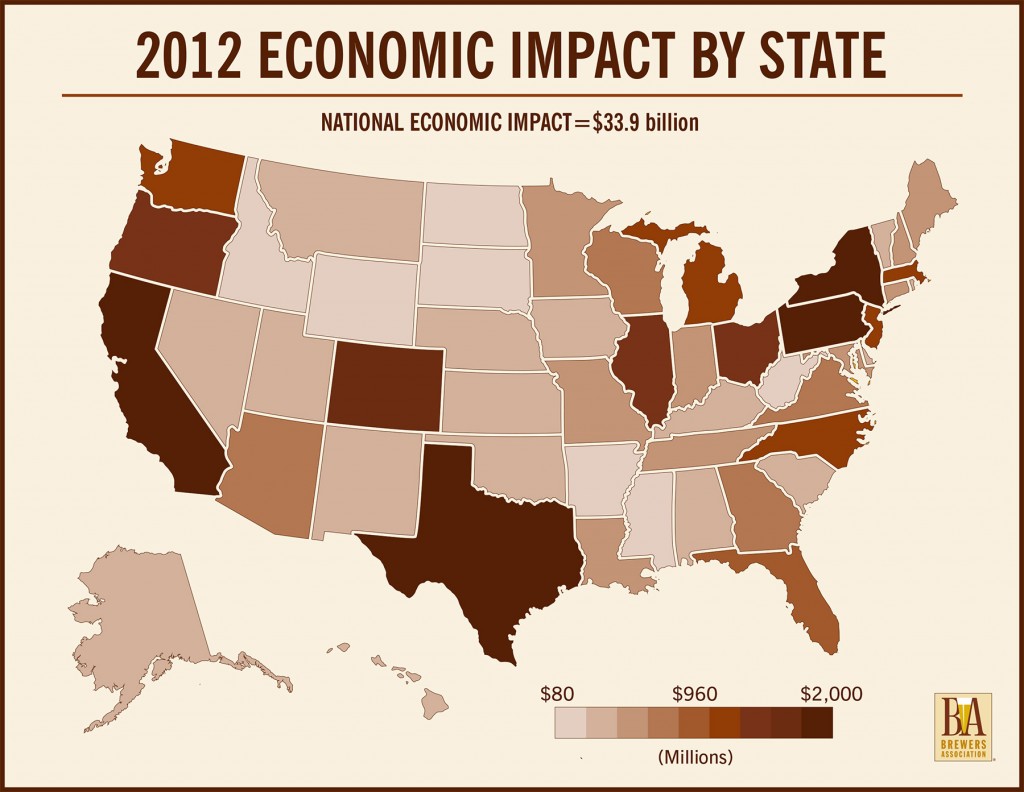 Boulder, CO • December 16, 2013—According to a new analysis by the Brewers Association (BA)—the not-for-profit trade association that represents the majority of U.S. breweries—small and independent American craft brewers contributed $33.9 billion to the U.S. economy in 2012.

The figure is derived from the total impact of beer brewed by craft brewers as it moves through the three-tier system (breweries, wholesalers and retailers), as well as all non-beer products that brewpub restaurants sell.

“With a strong presence across the 50 states and the District of Columbia, craft breweries are a vibrant and flourishing economic force at the local, state and national level,” said Bart Watson, staff economist, Brewers Association. “As consumers continue to demand a wide range of high quality, full-flavored beers, small and independent craft brewers are meeting this growing demand with innovative offerings, creating high levels of economic value in the process.”

In addition to the national impact, the BA examined output of the craft brewing industry by state, as well as the state economic contribution per capita for adults over 21. 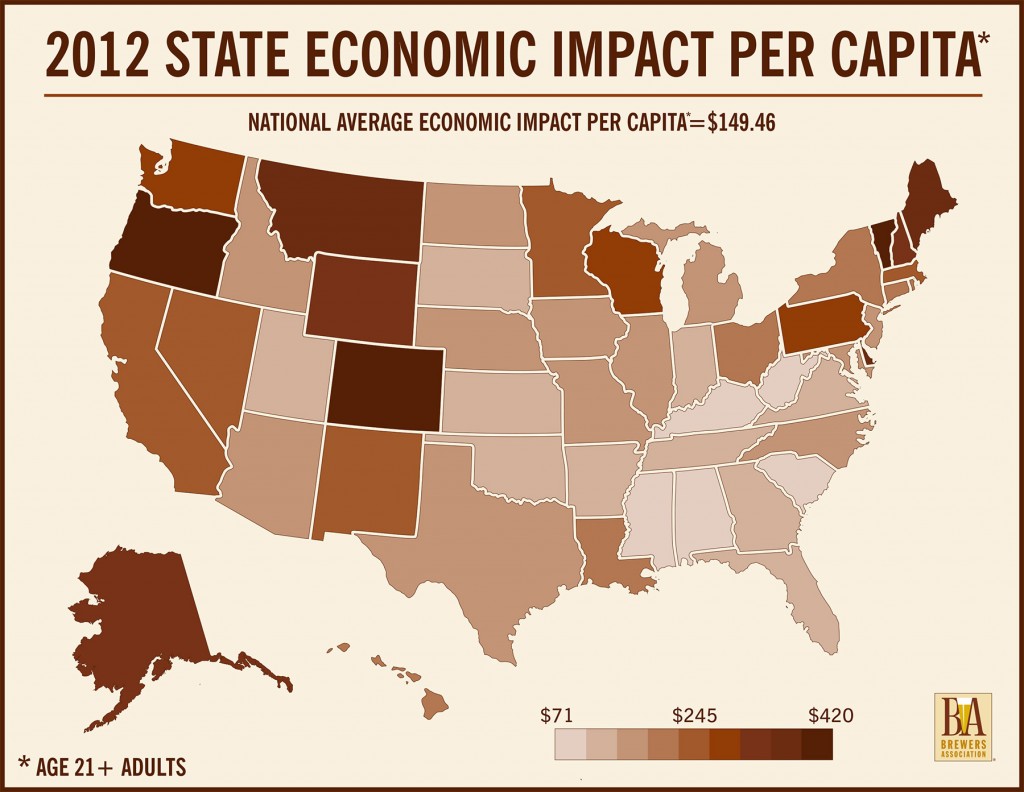 For some or all of 2012, 2,347 craft breweries operated in the U.S., comprised of 1,132 brewpubs, 1,118 microbreweries and 97 regional craft breweries. During this timeframe, craft brewers sold an estimated 13,235,917 barrels of beer, with a retail dollar value estimated at $11.9 billion*. The industry also provided more than 360,000 jobs, with 108,440 jobs directly at breweries and brewpubs, including serving staff at brewpubs. For additional study statistics and methodology, including state-by-state data, see the economic impact page on the Brewers Association website. For a broader set of facts and figures about the craft brewing industry, see the craft brewing statistics section of the website.

*Figure updated from previous estimations based on new data.

About the Brewers Association
The Brewers Association is the not-for-profit trade association dedicated to small and independent American brewers, their craft beers and the community of brewing enthusiasts. The Brewers Association (BA) represents more than 70 percent of the brewing industry, and its members make more than 99 percent of the beer brewed in the U.S. The BA organizes events including the World Beer Cup®, Great American Beer Festival®, Craft Brewers Conference & BrewExpo America®, SAVOR?: An American Craft Beer & Food Experience and American Craft Beer Week®. The BA publishes The New Brewer magazine and its Brewers Publications division is the largest publisher of contemporary and relevant brewing literature for today’s craft brewers and homebrewers.