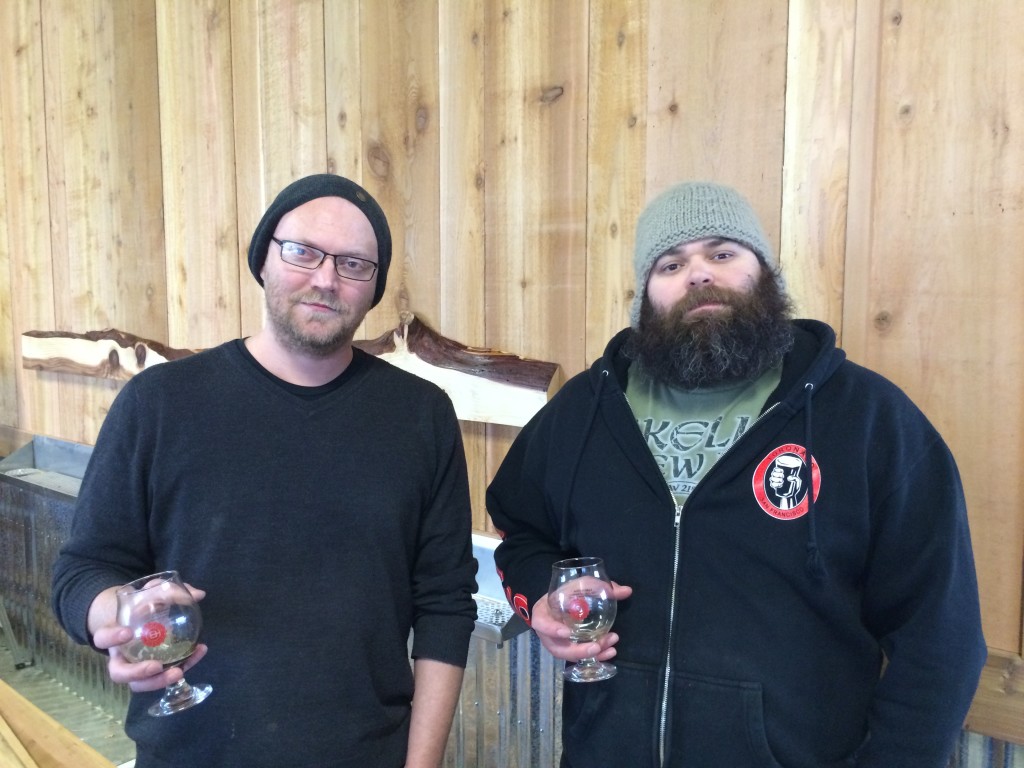 This evening Portland’s newest brewery, Culmination Brewing, will open its doors to show off its new taproom and installed brewhouse from 6:00 to 10:00pm. Even though the brewhouse is less than a week old and is yet to be put to use, Culmination will be pouring one of their own beers, 4 & 20 Black IPA, which is tasting quite good. 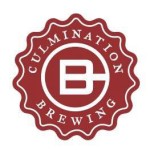 After years in planning and a location that was not meant to be on Portland’s Westside, Culmination Brewing found its home inside The Bindery Annex Building near Sunshine Dairy on NE Oregon at NE 21st. This beautifully renovated brewery is one that is home to many various businesses that Culmination founder Tomas Sluiter intends to bring together for different future projects at the brewery.

Sluiter will use his experience from the past decade brewing at Portland’s Old Market Pub & Brewery when he starts up his new 5 Vessel 5 Barrel Brewhouse manufactured by Marks Design & Metalworks across the river in Vancouver, WA. This unique setup will allow Sluiter along with his head brewer, Brad Basile, to brew many different style of beers to keep their taplist fresh and appealing.

When Sluiter left Old Market Pub & Brewery a few years ago his original plan was to open up Culmination Brewing in the Goose Hollow neighborhood of Portland. But after continually running into stumbling blocks in that building he ended up searching for a home elsewhere. But during this time he did start up a side project, Brewery Consultant Group, that has kept him very busy. Too busy in fact that he is now passing up jobs to make sure that Culmination gets up and running as soon as it possibly can. 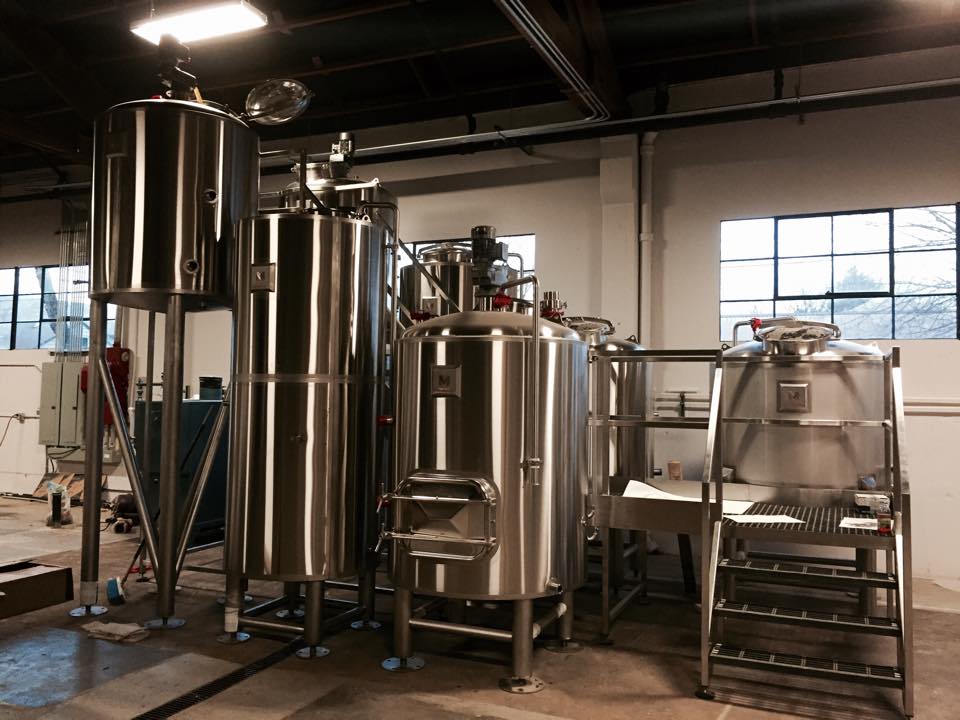 With the brewhouse now delivered, the 7,000 square foot space is filling out quite nicely. The brewhouse adds to the already received fermenters and brite tanks of various sizes. In the future, Culmination plans to offer bottles in addition to their draft offerings. Sluiter’s goal for 2015 is to produce 500 barrels.

One of the highlights at Culmination is its 50-seat taproom that welcomes you in from the sidewalk. The newly constructed bar uses beautiful Japanese Redwood that gives it a very welcoming appeal for the 20 or so bar seats. As the brewery comes together, the plan is to offer beer, wine and sake on the taproom’s 20+ taps seven days a week. The official Grand Opening is tentatively set for late February. 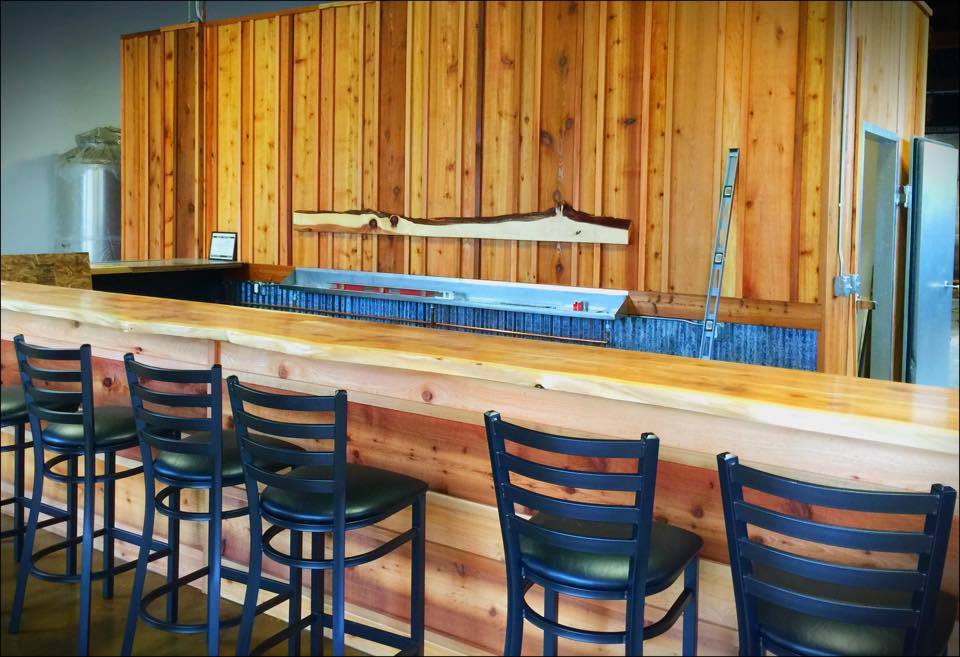 Over the coming weeks, Culmination will be pouring a few other collaborations that the brewers have brewed. In addition to 4 & 20 Black IPA brewed at Lucky Lab Brewing, Culmination will tap its collaboration done at De Garde Brewing. This beer is a take on De Garde’s Bu Weisse but changing it up a bit with using rice to call it Bu Rice. Sluiter also intends to brew a beer or two at Beaverton’s new Brannon’s Pub & Brewery since his former Old Market assistant, Devin Benware, is the head brewer there. 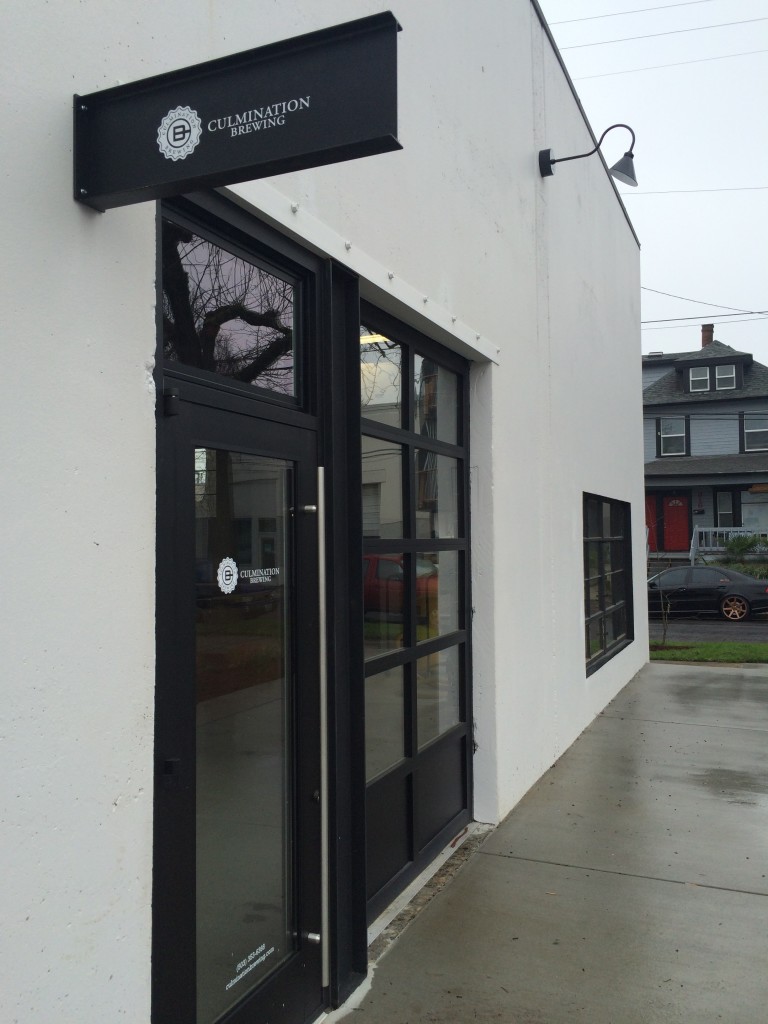 Culmination will also be offering a food menu but not from inside their brewery. Sluiter has teamed up with a new food cart to offer up food for the tasting room. The best part is that one can order both their beers and food in the same transaction since both businesses will share the same POS system.

Once Culmination gets their footing established, Sluiter intends to use his sake background of being a Certified Sake Professional to open up a sake brewery inside his current space. He used this knowledge when brewing their collaboration Bu Rice with De Garde Brewing. Then behind the bar cooler is where he intends to place his coolship to brew Belgian inspired beers. And to help them along the brewery also is looking at adding a foeder to the mix for its future barrel-aging program.

Since Sluiter also has a musical background and The Bindery Annex also is home to Ear Trumpet Labs, he also has ambitious ideas to create a music studio and performance space inside the brewery. This will be a true “culmination” of ideas and brewing processes. 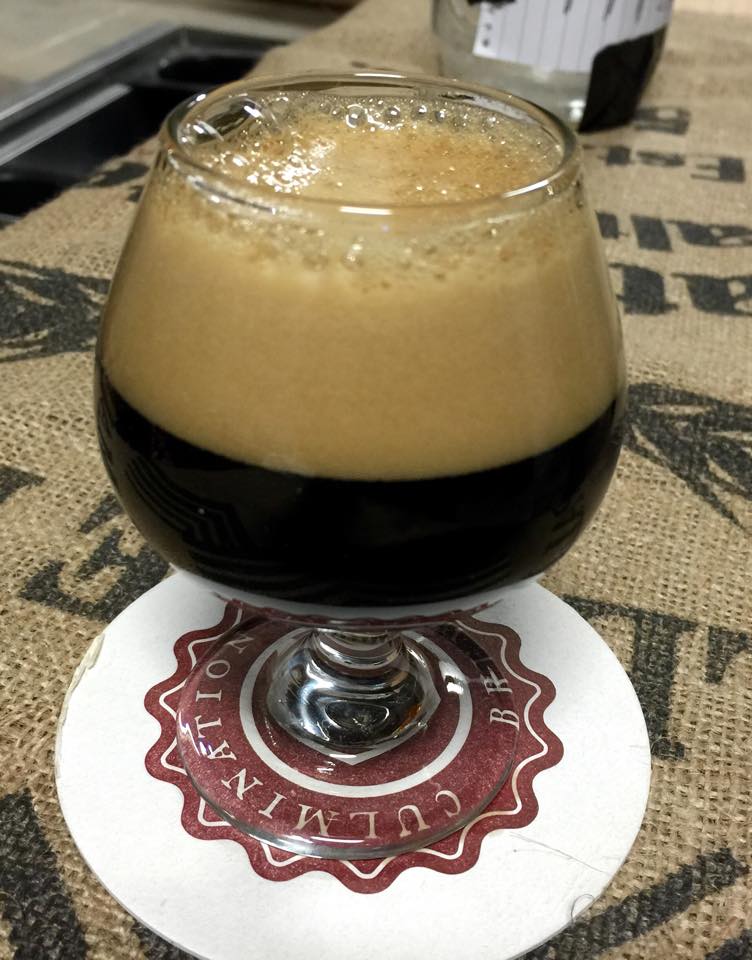 For the opening tonight, January 17, Culmination Brewing will feature their collaboration beer 4 & 20 Black IPA named after 4 hops and 40 Plato that they brewed at Lucky Lab. This dark, roasty IPA uses Simcoe, Amarillo, Cascade and Chinook Hops and is a big one at 9.3% ABV and 63 IBU.

In addition to 4 & 20, Culmination will also be pouring The Commons Brewery Ciel de Gris and Cider Riot! Never Give an Inch Oregon Blackberry Cider. If one comes hungry, Vermont BBQ Food Cart will be parked out front offering up some Maple Smoked Pork BBQ Sandwich plates and Fressen Artisan Bakery & Cafe will be serving traditional German pretzels.

Culmination is also offering a limited number of Party Package tickets for $20.00 This package includes a 13 oz. Culmination branded tulip glass, one beer of your choice to go into that glass, and a maple smoked pork BBQ sandwich plate from the Vermont BBQ Food Cart. Tickets can be purchased here.

With nearby Migration Brewing, this area off of Northeast Sandy will sure become a more traveled beer destination. Look for more information about future beer releases here on Brewpublic.