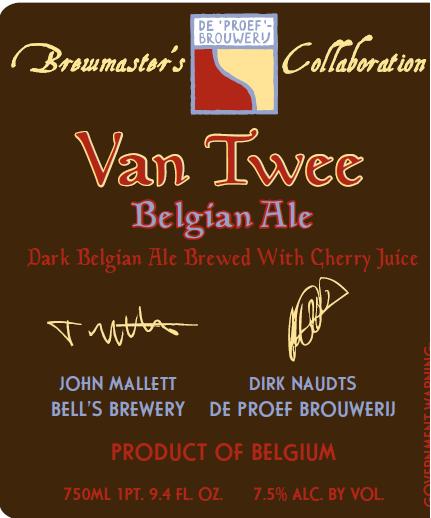 Van Twee (From Both) is the third beer in the Brewmaster’s Collaboration Series. Previous collaborations included Signature Ale with Tomme Arthur of Port Brewing/Lost Abbey and Les Deux Brasseurs with Jason Perkins of Allagash. Van Twee was co-designed and brewed by John Mallet of Bell’s and Dirk Naudts at De Proef. It is a deep amber-chocolate colored porter-dubbel hybrid, with Michigan sour cherry juice and brettanomyces in the secondary fermentation. Layers of rich chocolate and coffee notes are followed by underlying sweet-sour cherry fruitiness with a long finish. It is reminiscent of the famous filled chocolates of Belgium. It is available in cases of 6/750ml cork-finished bottles and 20L kegs. Suggested retail price is $16.99 per bottle. Alcohol 7.5% by volume.

Witte Noire Imperial Amber Wheat Ale is another unique style interpretation created by SBS’ President Alan Shapiro along with Brewmaster Dirk Naudts. Witte Noire is a companion to the highly acclaimed La Grande Blanche Imperial White Ale, blending darker malts along with wheat in the grain bill. Witte Noire is a rich chestnut brown color with a full tan head. It features light roasted porter-like notes on the front pallet followed by a round, soft middle. Clove-like spice notes dominate the elegant finish. It is perhaps a Belgian interpretation of the classic wheat doppelbock beers of Germany. Witte Noire is available in cases of 6/750ml cork-finished bottles, with a suggested retail price of $9.99. It is 7.5% alcohol by volume. 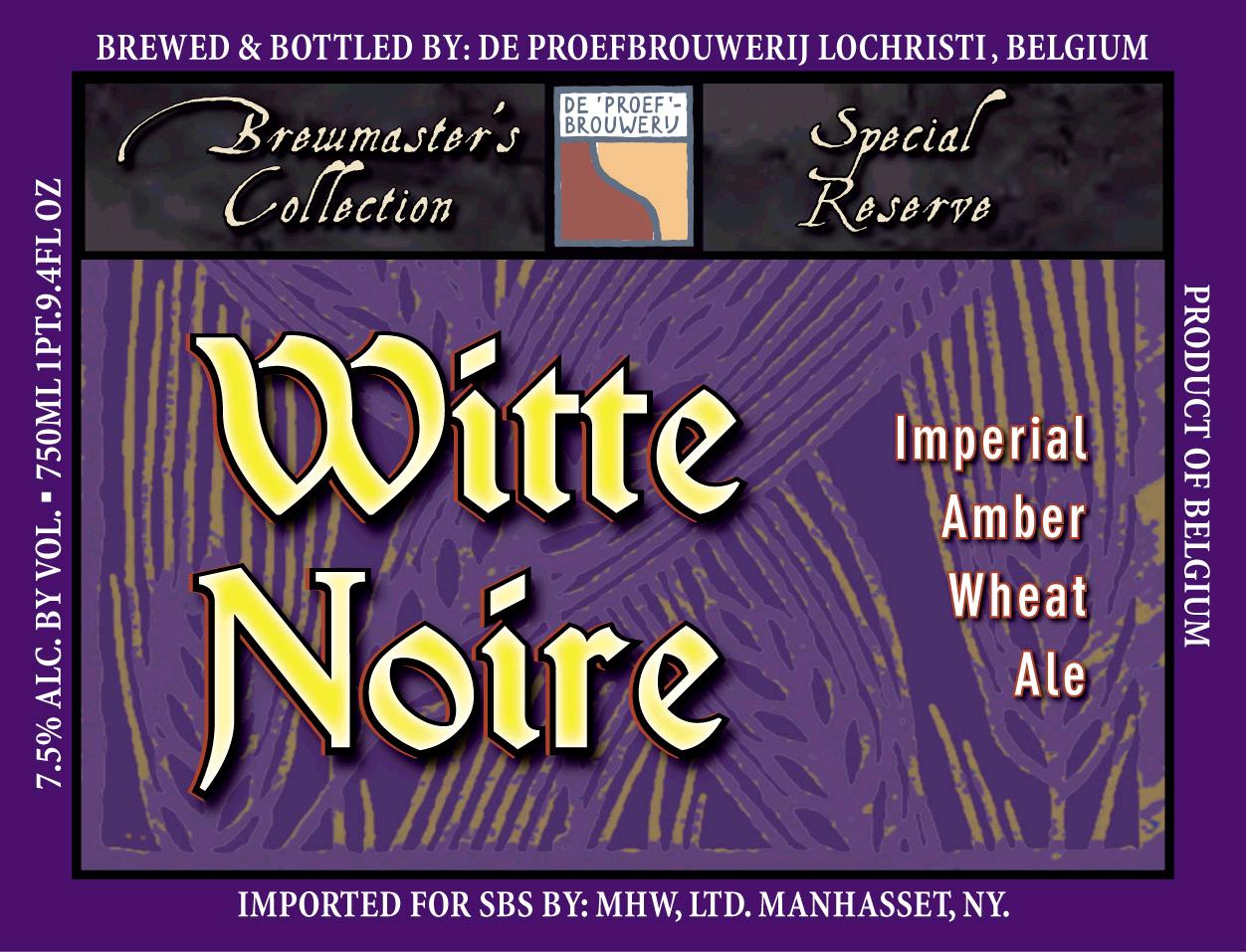 “Our goal with both the Brewmaster’s Collaboration and Brewmaster’s Collection series is to bring products of unique taste profiles to discerning Belgian beer enthusiasts,” noted Shapiro. “I believe these beers are exceptional additions to De Proef range available in the U.S.”

Highly regarded Belgian brewing engineer and professor, Dirk Naudts, founded the De Proefbrouwerij in 1996. He crafts each batch in an 11HL (9 U.S. barrel) brewhouse that blends state-of-the-art technology with traditional methods. Prior to creating DeProef, Naudts was the Brewmaster at Roman Brewery in Oudenaarde, Belgium and Brewmaster at the prestigious St. Lieven brewing program in Gent, Belgium. SBS Imports is based in Seattle, Washington and was founded by specialy beer industry veteran Alan Shapiro in 2002. IN addition to De Proef, SBS also imports Aspall Cyders from Suffolk, England and Batemans Ales from Lincolnshire, England. More information is available at www.sbs-imports.com.