Bend’s Deschutes Brewery, the 6th largest craft brewer in the United States, turns 26 later this week and will celebrate this milestone all day on Friday, June 27th. The celebration will take place at both Deschutes Public Houses in Portland and Bend from 11:00am until 11:00pm.

To ring in their 26th year in business, both of Deschutes Pub’s will be offering free samples of Black Butte XXVI and Foray Belgian IPA all day long, and decadent food specials featuring this new anniversary brew. 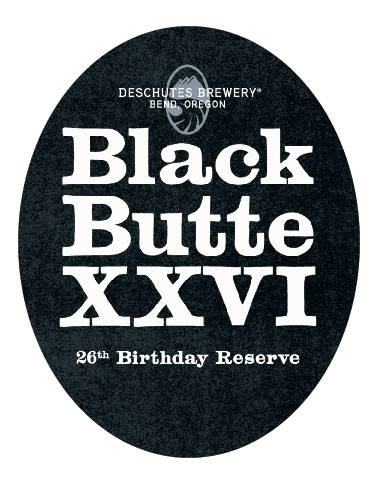 The Portland Pub will also be offering raffle entries, swag giveaways, photo booth and various specialty brews you can’t find anywhere else. For those of you in Bend, you’ll be treated to live music by Eleven Eyes, retro pricing and more in the back alley beginning at 5:00pm.