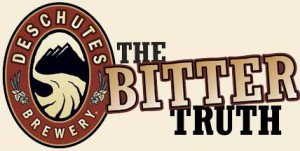 Deschutes Brewery sent out their most recent Bitter Truth Newsletter this month.  It is an informative, colorful, and well-designed update of many of their happenings around Bend and Portland.  It also lists several newly released and soon to be released beers of interest.  Among these are the Luckiest Lager, a German style lager with a bountiful supply of hops , the Old Samhain (Sah-win) Halloween nitro brew, six different fresh hop beers, and the Big Red Double Cinder Cone barleywine.  Perhaps, the most intriguing new offering to soon be released is a Wild Plum Stout brewed with sour wort and tart plums.  Mmm.  If the puckeringly sweet flavor of the Dissident Oud Bruin was any indication of how well Deschutes does sours, then this could be nothing short of spectacular.

I phoned Deschutes’ brewmaster Larry Sidor at the brewery in Bend this morning to find out more.  Sidor informed me that the Wild Plum Stout will be release soon and will be a pub only brew.  “We made about twelve and a half barrels of it” said Sidor.  “The plums are from our refrigeration mechanic.   He grew them in his yard and we felt it was something we should work on.”  So, about 20-25 pounds of plums were handpicked and run through a wine grape crusher.  The hand-cranked quarter-inch press extracted the sugar and tart qualities from the fresh fruit.  “(The stout) has a sour wort with a Lactobacillus culture in it.  We put about two or three gallons into the mash.”  So how did it come out?  Said Sidor: “When I tasted it, it was pretty darn tart.”

So when can Portlanders expect to get their palates around this imaginative new beer? “Whenever we brew anything, we send a few kegs (to Portland)” said Sidor, “We netted about ten barrels.  Two or so will be sent to Portland.”  According the the brewer, the beer was brewed on the week of October 1st at 17 degree plato.  Around 200 lovibond, the beer possesses a rich black body.  “We used a lot of roast barley, special B, and we went a little crazy and threw a little candy sugar in it, too.”  This beer promises to be real unique.

While I had Mr. Sidor on the phone, I asked him about this winter’s Reserve Series brews.  The undeniable success of the Abyss Imperial Stout over the last few years has made called for its perennial return.  “We started with a couple hundred barrels (in 2006)” said Sidor. “We didn’t know how the public would react.  Beers we personally love as brewers don’t always make it.  There’s the marketing, pricing point perspective, etc.”  But to his delight, and that of several craft brew enthusiasts, Sidor said “the stuff just evaporated.” 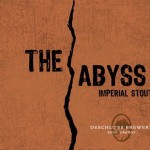 Taking a year to prepare for, this year’s Abyss  is slated to be unveiled around November 15 in handsome wax-dipped 22 ounce bottles.  Blended from bourbon barred-aged and pinot noir barrel-aged batches, the Abyss varies each year.  “It is different each year due to variation in blending process and barrel availability” said Sidor. “It’s a similar issue that wine makers have. If I don’t like a blend, I’ll alter it some until I get it right.” The 2008 release makes use of Maker’s Mark barrels.  2009’s blend, already brewed and waiting be barreled,  will have its own distinct personality. “We will use a whole lot of Stranahan’s bourbon barrels” claimed Sidor.  Stranahan’s Colorado Whiskey is produced at craft distillery that contracts with Oskar Blues Brewing of Lyons, Colorado to make some delicious brew.  Sidor informed me that Deschutes will obtain 30 or 40 barrels from Stranahans.

In addition to these captivating brews, Deschutes plans to bring back the warm and hardy Mirror Mirror barleywine as a part of its Reserve Series.  The oak-aged bohemoth will be available again in 22-ounce bottles in March or April 2009 for the first time since 2005.  To make thing even better, the brewery is maturing a Big Red Double Cinder Cone for bottling in this series.  Further, they are working on another run of the Black Butte XX Imperial barrel-aged Porter to celebrate their upcoming 21st anniversary.  Sidor said his hands are full of specialty projects and mainstay beers at Deschutes.  They even have a follow-up batch of Dissident Oud Bruine slated for release sometime in 2011.