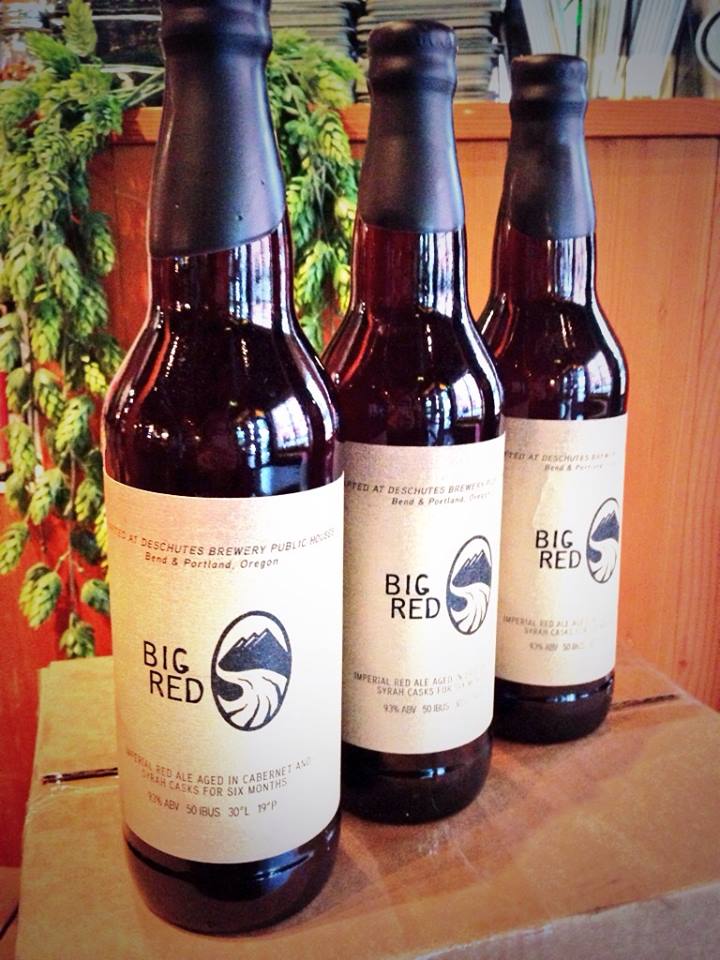 There are some new, small batch releases coming from the two brewpubs of Deschutes Brewery. This new line of releases from their Portland and Bend pubs is their Pub Reserve Series. And the first beer to be released in this new line is Big Red, Imperial Red Ale aged in Cabernet and Syrah casks for 6 months.

Big Red was released with little attention during the last few remaining days of 2013 at each of the two Deschutes Pubs. For this Pub Reserve Series, Deschutes is allowing their brewers to experiment in the pub brewhouses to bring us these limited release bottles. Since these quantities are small, these bottles will only be available at the Deschutes Pubs in Bend and Portland.

Big Red is an imperial version of their Cinder Cone Red that was aged in both, Cabernet and Syrah barrels and then blended 6 months later. This imperial red balances the beauty of crystal malts with Nugget, Amarillo, Cascade and Tettnang hops.

Pouring a nice reddish brown color, Big Red offers up an interesting aroma and flavor. There are prominent red wine notes present from the barrel aging, a bit more than other beers that have been aged in wine barrels. Then a delicate sour tartness takes over making Big Red a worthwhile beer to seek out. With 50 IBUS and 9.3% ABV this beer is one that should be sampled now and then a bottle or two stashed away in your cellar with a Best By date of 12/1/2014.

In the coming months, the next Pub Reserve Series release will be their Planète Rouge. This beer is another red ale, but one that is a blended sour ale.