The highly anticipated “Brew Masters” show on the Discovery Channel premiered on Sunday evening and many craft beer enthusiasts watched anticipating the first show of its kind since the station aired Michael Jackson’s Beer Hunter series in the late 80’s.

“Brew Masters” is hosted by Dogfish Head founder and president Sam Calagione, a cult icon to many in the craft brewing world. The show is centered around the innovative developmental and brewing process of the Delaware craft brewery as the first hour-long episode focused primarily on the creation of Dogfish’s Bitches Brew, a beer designed in conjunction with Sony Records to commemorate the 40th anniversary of Miles Davis’ album of the same name. 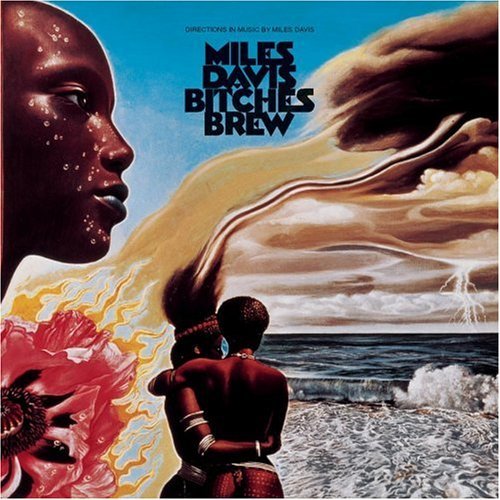 Show #1 introduced some of Calagione’s brewery cast whose catch phrase is “Off-centered ales for off-centered people” by providing a widely comprehensible history of beer, where the host attributed the Pilgrims’ journey to Plymouth Rock with “dudes were out of beer.” Calagione further promoted the model of his brewery as to avert the mainstream beer world by asserting that his company does “not care about the status quo.”

With punk rock riffs from a Mudhoney song radiating as the show’s theme song and sampled throughout the episode, the design of the program appeared justifiably concerned with capturing a broad audience ranging from beer novices to seasoned enthusiasts. In a signature Discovery-esque manner, animated graphics affected to explain the basic process involved in brewing Dogfish’s off-beat recipes. It was noted by Calagione that while most craft breweries put forth about eight beers in the course of a year, last year his brewery, in Baskin Robbins fashion, produced 31 flavors. 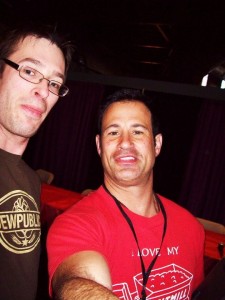 The entire episode was a pleasure to watch simply due to the fact that it filled a void of true craft beer exploration that had been absent on both cable and network television for some time. It gave an anecdotal glimpse into the flavor-filled world of boundless brew exploration “according to Dogfish Head.”

The Twitter world ignited with armchair opinions about “Brew Masters” ranging from pleased and accepting entertainment and educational value to that of self-congratulatory skepticism. Our feelings about the whole ball of yard are a bit mixed. On one hand, we are grateful that someone has wrangled the cable media airwaves to promote the production of inventive and boundary-pushing beer, but on the other, it is clear that every cranny of the show was very much an advertisement for Calagione’s company, right down to the Dogfish Head font-ed captions throughout the exercise (not to mention the pushing of Calagione’s hip-hop outfit known as Pain Relievaz).

On its own, the premier episode of “Brew Masters” was an enlightening glimpse into the daily goings-on of one of America’s finest artisan breweries, but we remain in a bit of a quandary about how democratic and challenging it will serve in future installments. If the show was called “The World According to Dogfish Head” (much like the “Orange County Choppers” reality show), we’d be less troubled, but it is employs a title “Brew Masters”…plural. In one hour of entertaining unearthing, but one brewmaster, Dogfish Head’s Floris Delée, was encountered on our vicarious adventure. Will future “Brew Masters” shows highlight the labors of some of America’s more than 1600 craft beer architects, or will the show remain as a platform for the life and times of one particular Delaware producer?  Either way, we’ll continue to fix our attention to what might be one small step for craft beer, one giant step for Sam-kind.

Dispersed within the commercial breaks of “Brew Masters” was exactly three paid advertisements for the Molson Coors product Blue Moon and one for Dos Equis brand of the Cuauhtémoc-Moctezuma Brewery (annual production of over 2.6 million barrels in US alone). The overwhelming sentiment of craft brew fans on social media forums like Twitter and Facebook appeared be unfavorable toward this move. However, it is understandable that this is the case considering the cost of advertising and perhaps the unwillingness of a major competitor like Boston Beer Company to sponsor a show centered around one specific brewery’s interests.

So, the jury is still out to some extent regarding the overall educational value and underlying agenda of “Brew Masters.” However, it is unquestionably one small yet necessary patch in a greatly porous media landscape presided over by commandeering macro breweries.