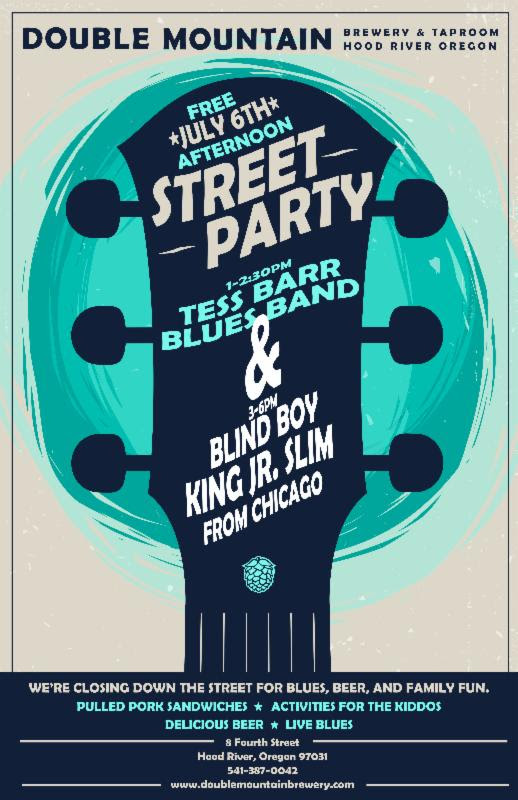 With our nation’s Independence day taking place tomorrow many will be out celebrating the entire 3-day weekend. To help continue our 4th of July celebration, Hood River’s Double Mountain Brewery will be closing down the street out in front of their brewery and taproom for blues, beer, and family fun on Sunday, July 6th.

The amazingly talented Tess Barr Blues Band will take the stage from 1:00 to 2:30pm. This will be followed up by internationally recognized slide guitar extraordinaire, Blind Boy King Jr. Slim, hailing from Chicago. His performance will take place from 3:00 to 6:00pm.

Double Mountain’s main man in the kitchen, Rory Johnson, will be making his special pulled pork sandwiches for the street party in addition to the taproom’s regular menu including their scrumptious pizza.