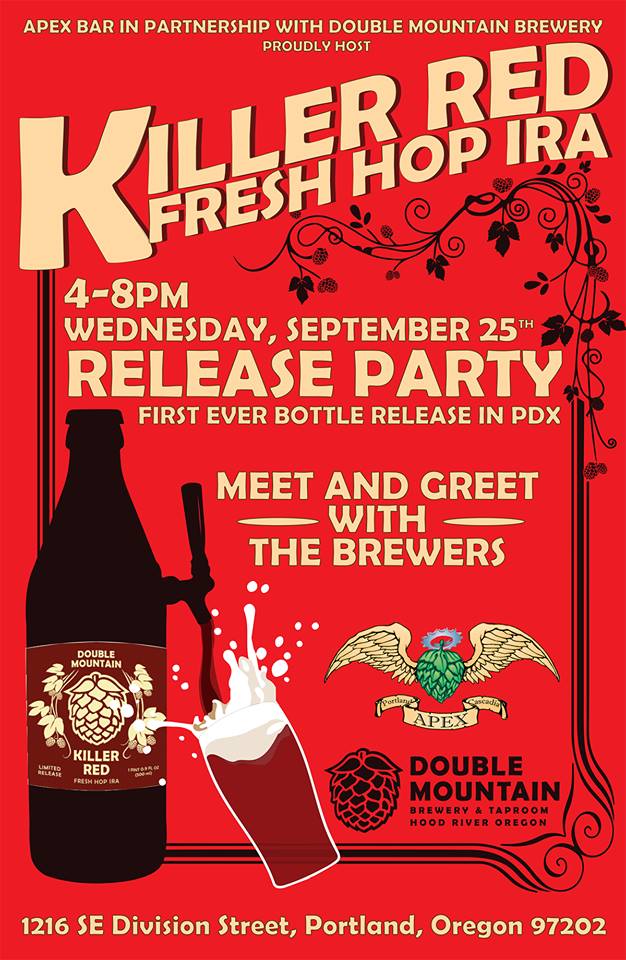 So come out on Wednesday and meet the brewers of Double Mountain from 4:00 to 8:00pm at Southeast Portland’s APEX. There will be be some great Double Mountain beers on draft and make sure to pack space to take some Killer Red Fresh Hop IRA home with you.