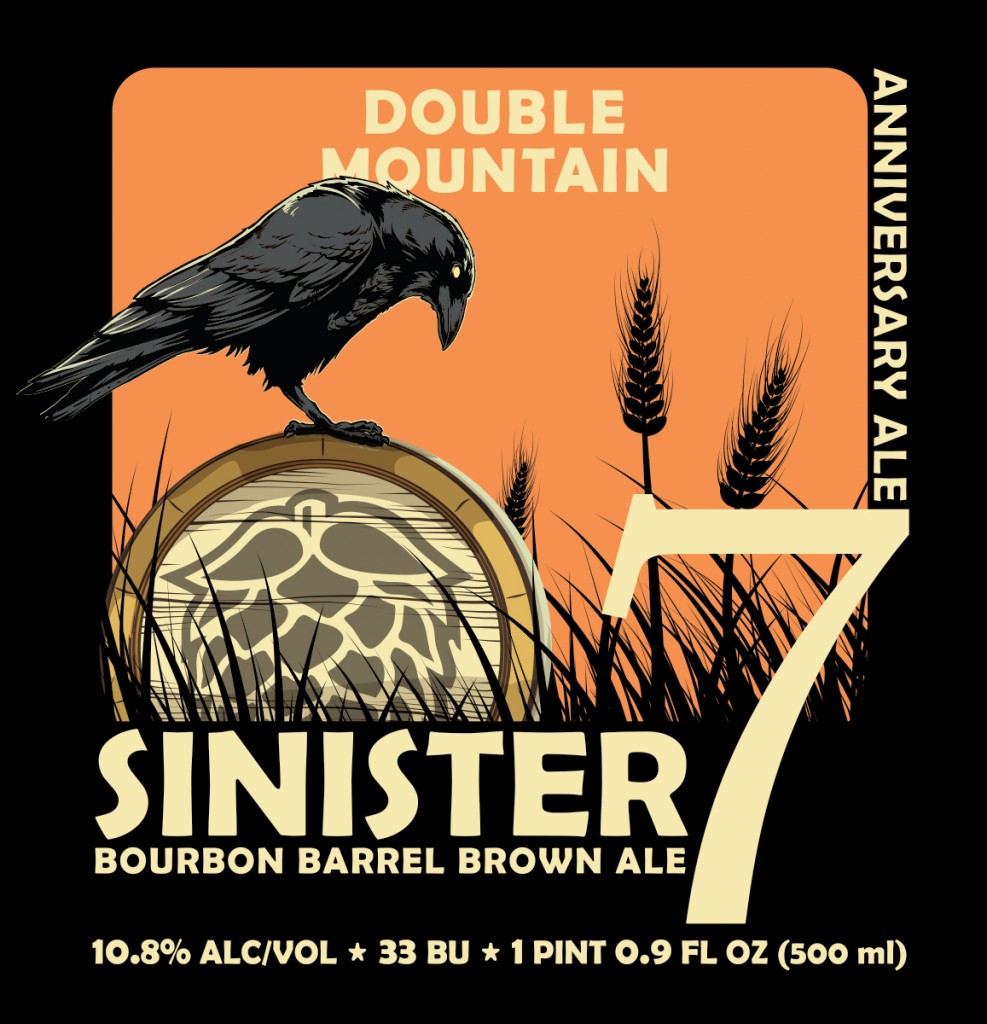 To make Double Mountain Brewery and Taproom’s 7th Anniversary Party on Saturday even more enticing, the Hood River brewery will be releasing Sinister 7 Bourbon Barrel Brown Ale. This barrel aged wonder will be available on draft and in very limited quantities in reusable half-liter bottles at the Double Mountain Taproom.

Sinister 7 Bourbon Barrel Brown Ale is a strong brown ale base brew left to meditate in true Kentucky bourbon barrels for the better part of a year. The aging brings forth wondrous flavors and aromas of vanilla, coffee, caramel, black licorice, and dark fruit, accompanied by a pleasant bourbon warmth. 10.8% ABV, 33 BU

“Sinister 7 is a reincarnation of our previous bourbon browns, Terrible Two and Ferocious Five,” states Head Brewer Greg Balch with a smile. “We brew these dastardly beers to celebrate our birthday and to give the people what they want…danger and intrigue.” 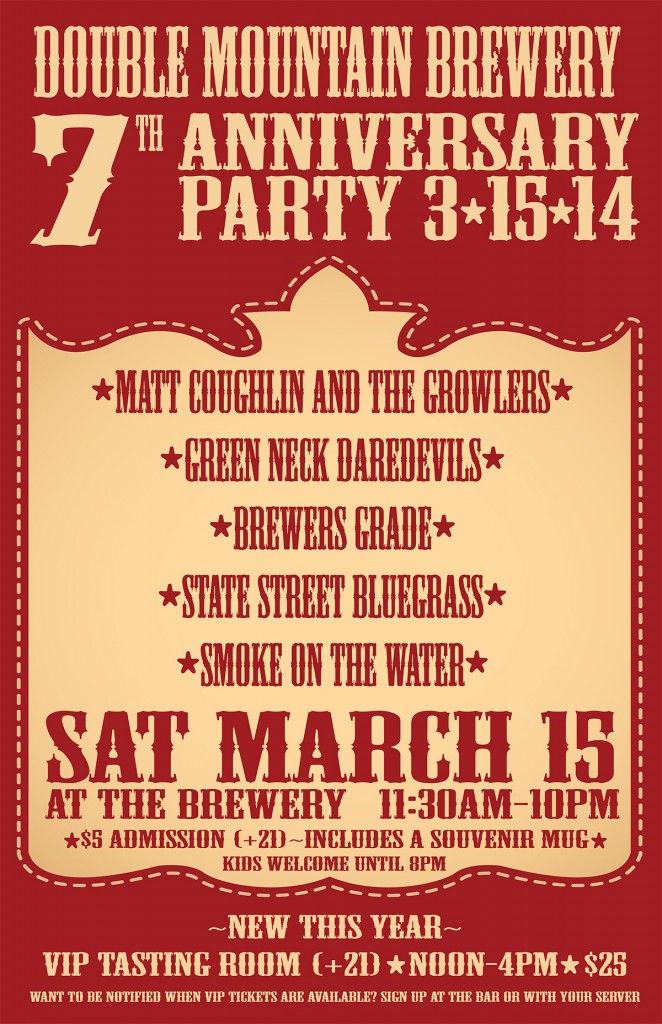 You can read more about Double Mountain’s 7th Anniversary Party on Saturday, March 15th, 2014, from our previous post here. Looks to be a great way to spend a Saturday in downtown Hood River, Oregon. Cheers to 7 Years!