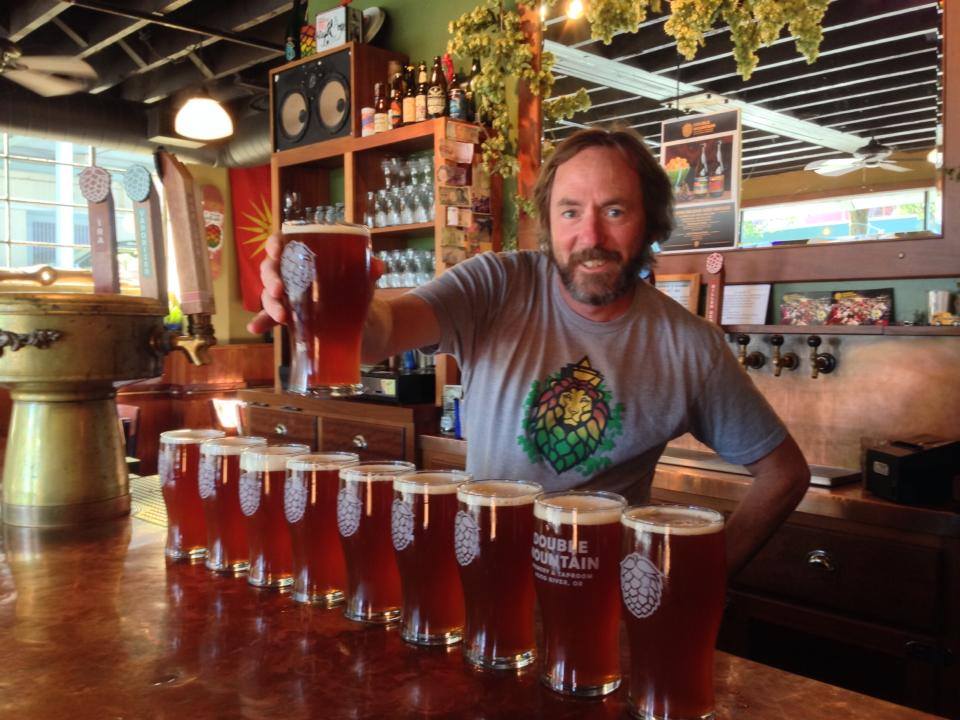 With all of the excitement around this weekend’s 11th Annual Hood River Hops Fest there will be a few special treats for those traveling to Hood River. Double Mountain Brewery & Taproom will be serving up their annual Killer Red Fresh Hop IRA and Killer Green Fresh Hop IPA this weekend.

Each year we here at Brewpublic struggle back and forth in choosing our favorite of the two, Killer Red or Killer Green. Now the folks at Double Mountain throw in a third fresh hop beer, Mörder Weizen Fresh Hop Wheat to their lineup of fresh hop beers. Life is full of choices, and we eagerly look forward to choosing this year’s favorite. 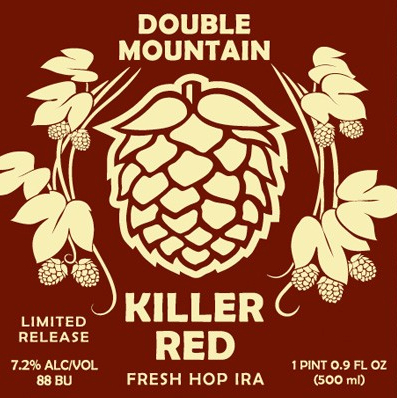 Currently on tap and in bottles inside Double Mountain’s Taproom is this year’s version of Killer Red Fresh Hop IRA. Featuring freshly harvested Perle and Sterling hops from Salem’s Sodbuster Farms, Killer Red is said to offer up aromas of blood orange, pineapple and forest. This along with the IRA’s healthy malt bill balances the top en and lends a candied fruit, biscuit, and caramel character to the tongue.

Then this weekend Double Mountain will be tapping perennial favorite Killer Green Fresh Hop IPA along with the beers bottle release. Once again a trip to Sodbuster Farms was in order and it was Brewer’s Gold hops that were ripe for the picking for this year’s Killer Green. The Double Mountain brewing team worked around the clock to ensure these beauties got in to the boil, the hop back, and the fermenter as soon as possible. The end result is described as melon, currant, savory citrus, kind herb, and pine aromas waft from the effervescence, all supported by a dry, brioche malt body and a pleasantly lasting bitterness.

To round out the line up of fresh hop beers this year Double Mountain has a special treat with their brand new Mörder Weizen Fresh Hop Wheat. Yes, you guessed it, some more fresh hops from Sodbuster Farms were used to brew this new fresh hop. When the hop farm calls and says do you want more freshly picked hops are you going to say no? This time it was Magnum hops freshly picked from the bine that were used in this beer. Brewer Greg took these lovely specimens and crafted them in to old world beer with a Northwest twist. It starts as a standard weizen, though with a little more malt, and gets a healthy dose of fresh Magnums (around 150lbs.) and ferments on the brewery’s Kolsch yeast. Ripe cantaloupe, spicy grass, and dank papaya dominate the nose.

Because of the extra long days leading up to the Hood River Hops Fest, Double Mountain will be open special hours on Saturday from 11:00am to 8:00pm.