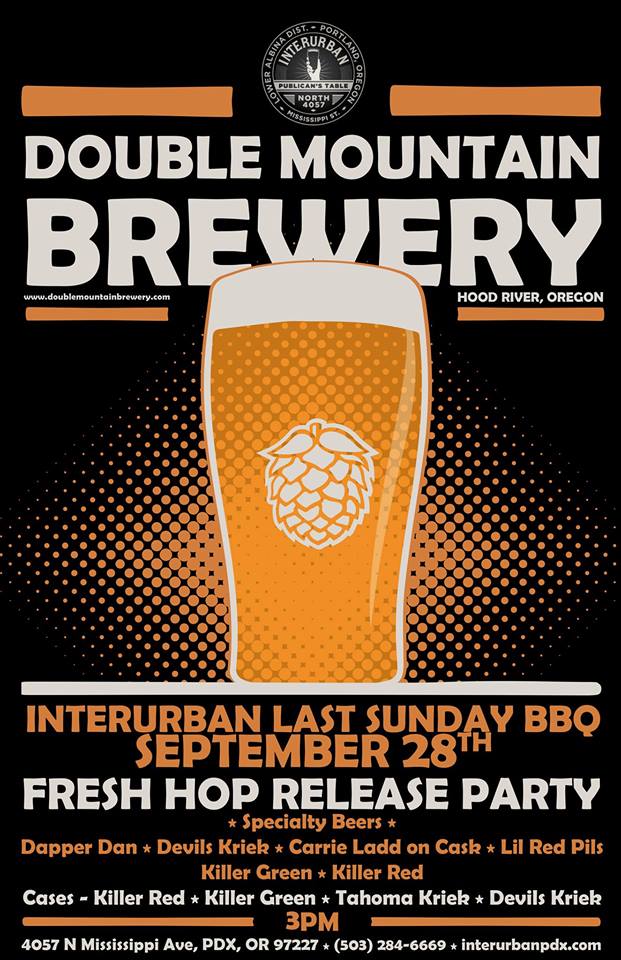 For those of you not making it out to Hood River this weekend for the 11th Annual Hood River Hops Fest, you too can get in on the Double Mountain fresh hop beers on Sunday, September 28th at Interurban. The Interurban Last Sunday BBQ begins at 3:00pm and will feature Double Mountain’s Killer Green and Killer Red.

Fresh hop season is here and Double Mountain joins the great chefs at Interurban to bring you their Last Sunday BBQ. On Sunday Double Mountain Brewery will release Killer Green and Killer Red fresh-hop beers to the Portland market. To compliment the gusto of these hoppy ales, Chefs Jonny Henry and Patrick Kille have created a menu that embraces the wild game and fresh produce of the Pacific Northwest.

For this late Sunday afternoon release at Interurban, they’ll be featuring the following Double Mountain beers:

For those looking to take some of Double Mountain’s special releases home with them, Killer Red, Killer Green, Tahoma Kriek, and Devils Kriek bottles will be for sale.