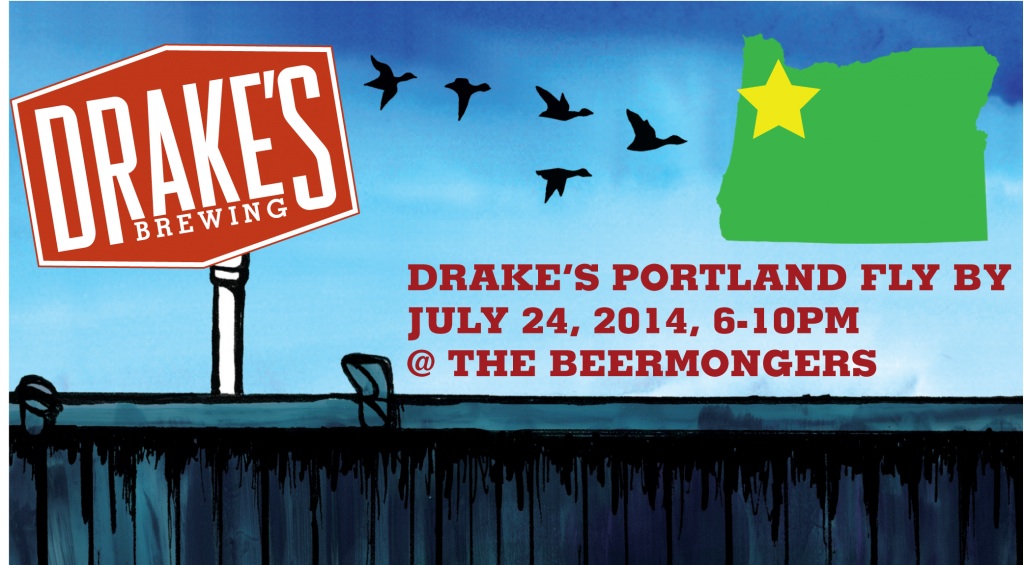 Drake’s Brewing is making the the trip from San Leandro, CA to hit up Portland in style this week. While in Portland, Drake’s will be pouring their new pale West Coast-style IPA, 7×70 IPA at the Oregon Brewers Festival.

But since they’re in town, they’ve decided to up the ante with a few more treats to share with the uniquely fine set of Portland beer lovers. On Thursday, July 24th beginning at 6:00pm, Drake’s Brewmaster John Gillooly and team will be hanging out at The BeerMongers on SE Division St. to take over all 8 taps and meet some of Portland’s best beer fans.

On the tap list for the night will be: