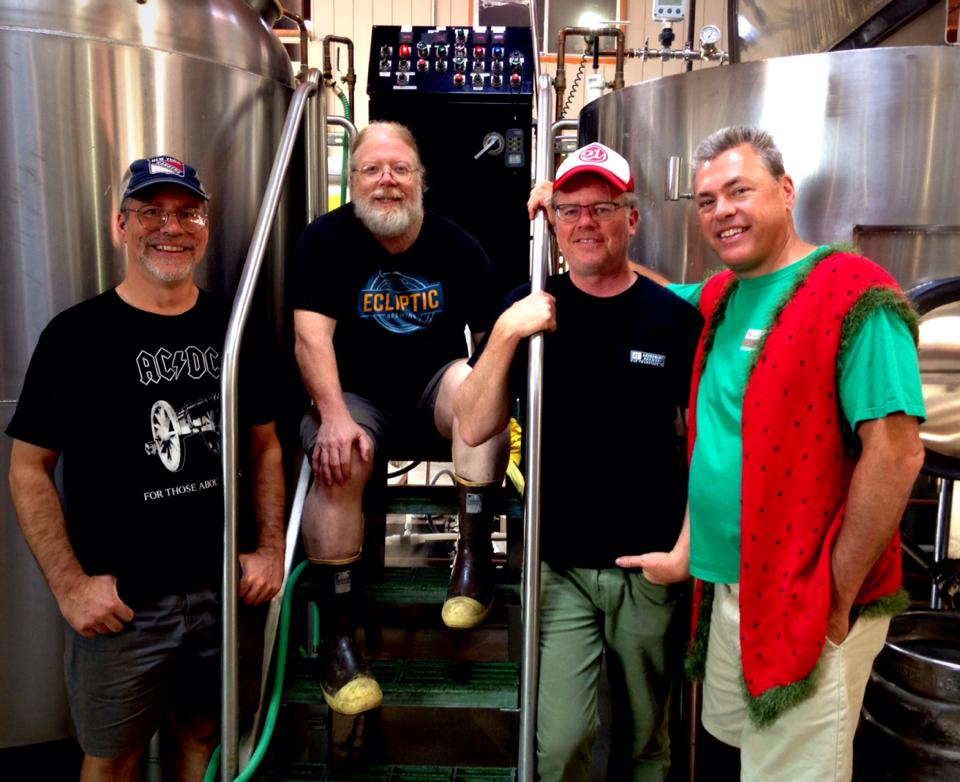 When brewers come to visit Portland its not just all fun and games. In late July during the Oregon Brewers Festival when 21st Amendment Brewery was in town, their brewmaster Shaun O’Sullivan met up with John Harris at Ecliptic Brewing to brew a collaborative English Summer Ale called Astro 21. With summer still in full force Astro 21 is set for its multi-stop release today at Ecliptic Brewing, Saraveza and Horse Brass.

Astro 21 came about when earlier this summer, O’Sullivan and Harris were brain and brewstorming recipe ideas for a joint English Summer Ale, they had a stroke of genius to add a pitch of Belgian yeast. This decision then transformed their creation into a Belgian Summer Ale they proudly named Astro 21.

This collaboration, Astro 21, is a Belgian-style Summer Ale brewed with Crisp Maris Otter pale malt and a touch of honey and crystal malt, resulting in a vibrant orange color and a light sweetness and marmalade aroma. Much like a Belgian table beer, Astro 21 has a biscuit character with a hint of caramel. Featuring Nugget and Styrian Golding hops, it offers both a pleasant bitterness and a nice lime-orange flavor. The dry hopping melds with the Belgian yeast spiciness creating a crisp and refreshing end of summer drink. (6.5% alc/Vol; 38 IBU)

Today you can join Harris and O’Sullivan as they travel around Portland for their 3 stop Astro 21 release tour. The tour will kick off beginning at 4:00pm at Ecliptic Brewing and then head north to Saravaza from 5:30 to 6:30pm before ending up at Horse Brass from 7:00 to 8:00pm.