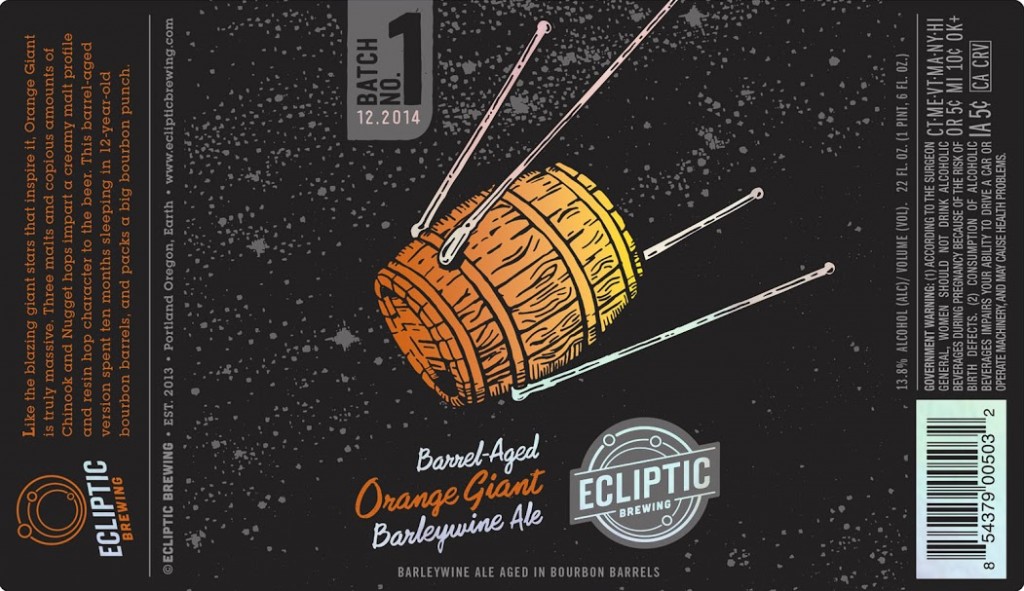 Finding its inspiration in the upcoming solstice, Ecliptic’s Orange Giant Barleywine will bring warmth to the chilly winter days. The release will take place at Ecliptic in North Portland on Saturday, December 20th beginning at 11:00am. Ecliptic will be serving this barrel aged delight on draft and will have less than 70 cases for sale of this rare beer.

“All of us at the brewery have been looking forward to the awakening of our Orange Giant,” said John Harris, owner and brewmaster at Eclipitc. “After spending 10 months in 12-year-old bourbon barrels, this barleywine packs a big punch.”

Like the blazing giant stars that inspire it, Orange Giant is truly massive. Three malts and copious amounts of Chinook and Nugget hops impart a creamy malt profile and resin hop character to the beer.
IBU: 70 / ABV: 13.8% / GRAVITY: 24°P 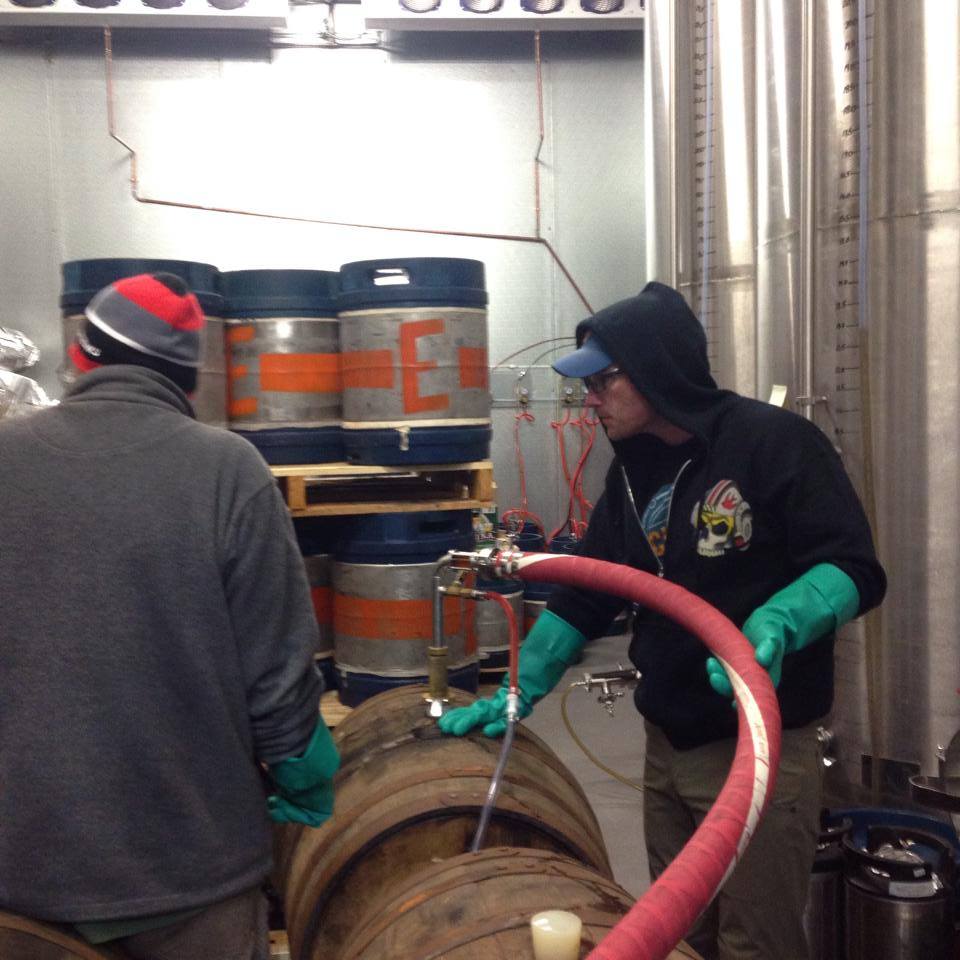 In other Ecliptic news, the Northwest Brewing News Readers Poll has named Ecliptic Brewing as the Best Brewpub in Oregon. Chef Michael went to the Award ceremony in Seattle to receive this coveted award.

If you’re looking for some entertainment on New Years Eve and New Years Day, Ecliptic will be open. On NYE, they will have live music beginning at 8:00pm. Then on New Years Day they are open and will be featuring some food specials for those needing to recover from the previous night.