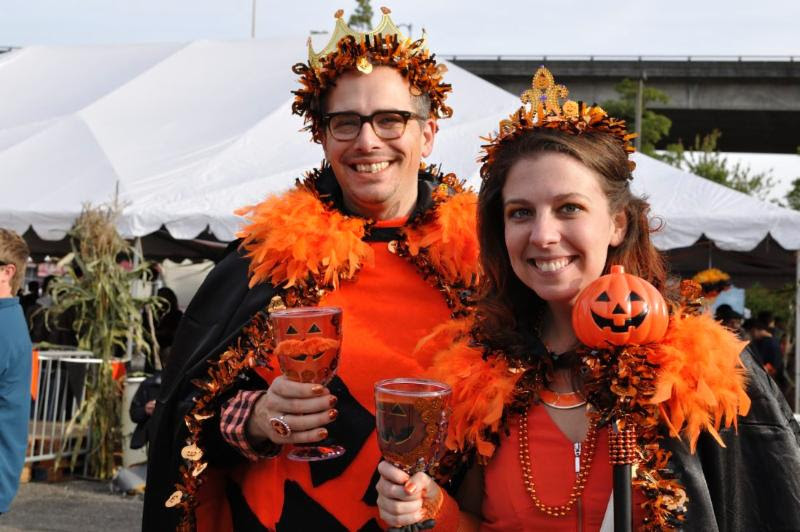 With July now behind us, summer is on its final leg when it comes to beer releases. And nothing says Fall like pumpkin beers do. In two months Elysian Brewing will be hosting their 10th Annual Great Pumpkin Beer Festival on October 3 & 4 at their production brewery in the Georgetown neighborhood of Seattle.

Elysian’s goal was to move this year’s Great Pumpkin Beer Festival to the touristy Seattle Center but the logistical and regulatory hurdles proved a bit too much. Therefore the folks at Elysian have decided to give it another year at their production brewery location at 5510 Airport Way in Seattle’s Georgetown neighborhood. The festival will take place the same weekend–October 3 & 4, and will feature over 80 different pumpkin beers, as well as pumpkins several hundred to over a thousand pounds filled with beer.

Tickets are now available as of today, August 1st.  Click here for ordering this year’s GPBF tickets. As with other past years this one is sure to sell out all sessions.

Elysian believes that GPBF has taken on a life of its own to become not just an Elysian event, but a Seattle festival anticipated and enjoyed by people from all over the country. It’s also an opportunity to honor dozens of local breweries who’ve scratched their heads and come up with a massive array of interesting styles and interpretations of pumpkin beer, and to tie in with the farmers who grow the big pumpkins Elysian’s brewers hollow out, scorch, fill and wax shut for the ceremonial tapping during the festival. Someday all that may take place in the shadow of the Space Needle, but for this year it’ll be in Georgetown. 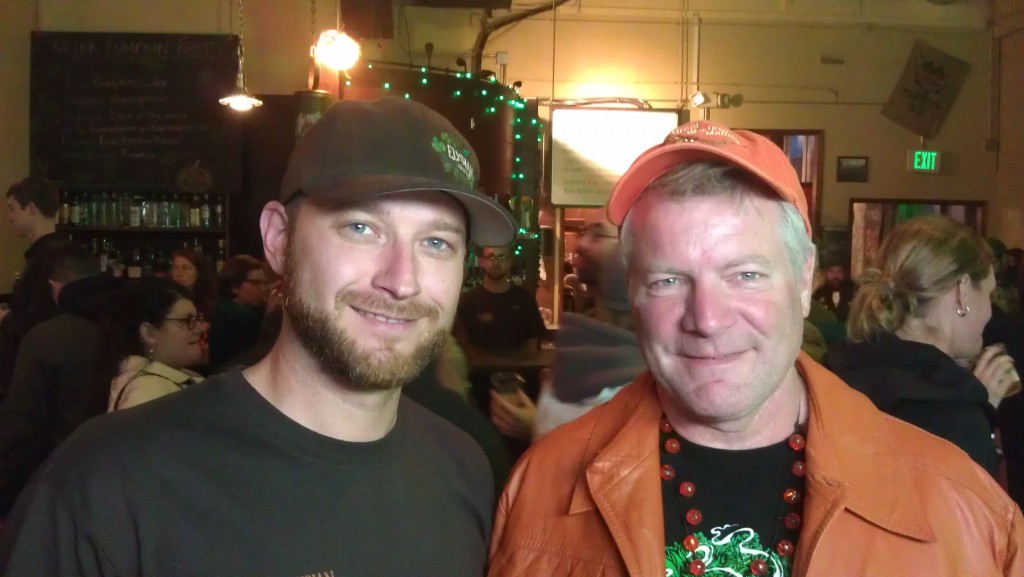 Any good beer festival has more than just beer to celebrate, and GPBF will be no exception. There will be games, costumes, the passing of the tiaras from 2013’s Pumpkin King and Queen to this year’s gourd-royalty, KEXP DJs Riz Rollins and Stevie Zoom, Chaotic Noise Marching band, and of course pumpkin carving. Another someday in the future will allow kids into the festivities, but for now the event is 21 and over. It’s also a chance to sneak a peek at the place where Elysian works its brewing magic, and to drift on over to some of the great and quirky businesses that have sprung up in Georgetown.

The first Great Pumpkin Beer Festival thrown by Elysian Brewing Company back in 2005 began as a lark, a way to celebrate the silliness that is pumpkin beer. A mistake brewing one of the Elysian pumpkin beers resulted in the idea that with just a couple more, and some invitations tendered to local breweries, a hundred or so pumpkins for carving, a pumpkin full of beer and some pumpkin-themed food from the restaurant on Capitol Hill, something like a festival could happen. The result was a line out the door for ten hours, and the founding of a tradition. Each year saw the festival–the crowds, the lineups and the sheer number of beers–further outgrow the Capitol Hill premises and move on to the Airport Way production facility, and last year’s joyful mob scene begged the question: What’s Next?

And for fans of Elysian’s bottles Pumpkin beers, their Night Owl Pumpkin Ale will be hitting store shelves at the beginning of this month. Brewed with over seven pounds of Oregon pumpkin per barrel and spiced with the classic pie blend of cinnamon, nutmeg, ginger, cloves and allspice, Night Owl will be available in six-packs, 22-ounce bottles and on draft in all of Elysian’s markets throughout the Northwest and beyond.

Elysian will be issuing three other beers to round out its Pumpkin Patch selection in 22-ounce bottles and on draft. Two Great American Beer Festival silver medal winners, The Great Pumpkin Imperial Pumpkin Ale (2007) and Dark o’ the Moon Pumpkin Stout (2010) are back by demand, and this year they’re joined by Punkuccino, a spiced coffee pumpkin ale, one of last year’s popular favorites at Elysian’s Great Pumpkin Beer Festival. Look for them in single bottles around September 1.

Here is a better, more detailed breakdown of the four Elysian Pumpkin beer. 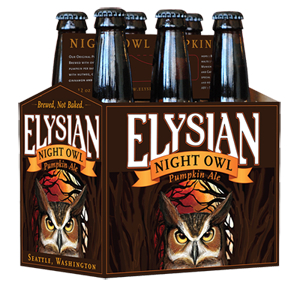 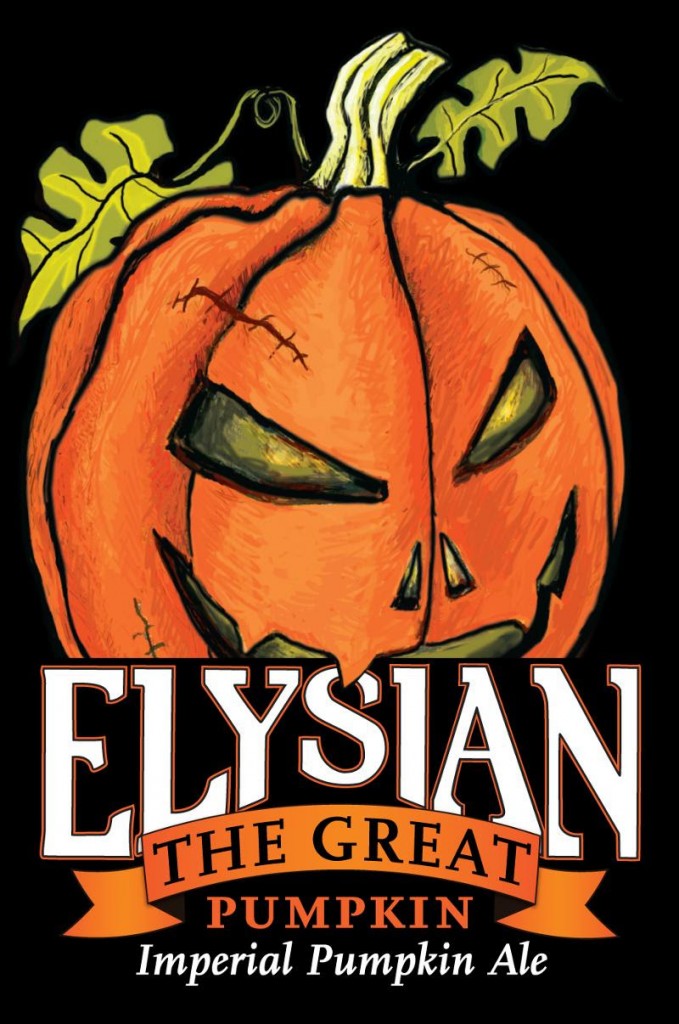 THE GREAT PUMPKIN An Imperial Pumpkin Ale!
The Great Pumpkin was the silver medalist at the 2007 Great American Beer Festival in the Fruit and Vegetable category and was also the world’s first Imperial pumpkin ale. Brewed with Pale, Munich, Cara-Hell, Cara-Vienne, Cara-Munich and Crisp 45° L Crystal malts. Roasted pumpkin seeds in the mash, and extra pumpkin added in the mash, kettle and fermenter. Spiced with cinnamon, nutmeg, cloves and allspice. 8% ABV
AVAILABLE :: SEPT-OCT
Draft & 22oz Bottles 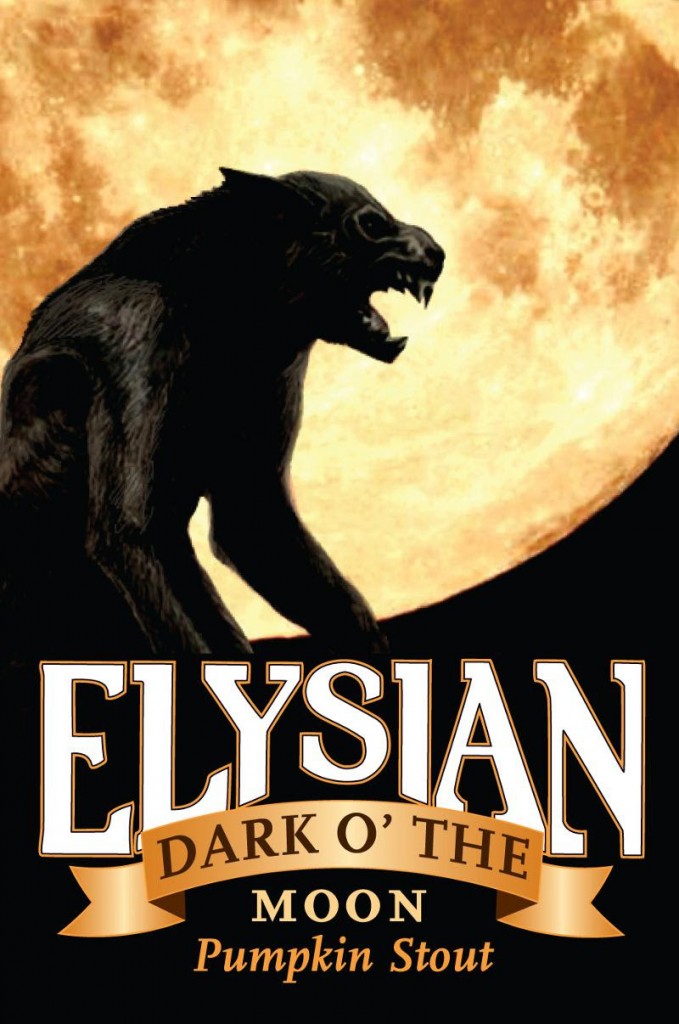 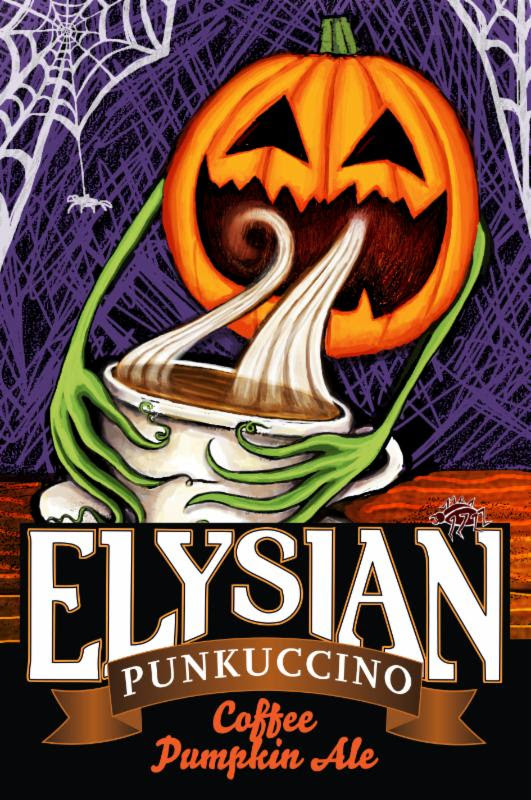 Designated Driver
$5/day :: DAY-OF ONLY (no drink tickets or glassware included)
Non-alcoholic beverages will be available.

WHERE TO PURCHASE TICKETS
Tickets will be available at all Elysian restaurant locations in addition to availability online at Brown Paper Tickets. Everything is first come, first serve, and we did sell out last year, so please plan ahead to make sure you get the session you want.