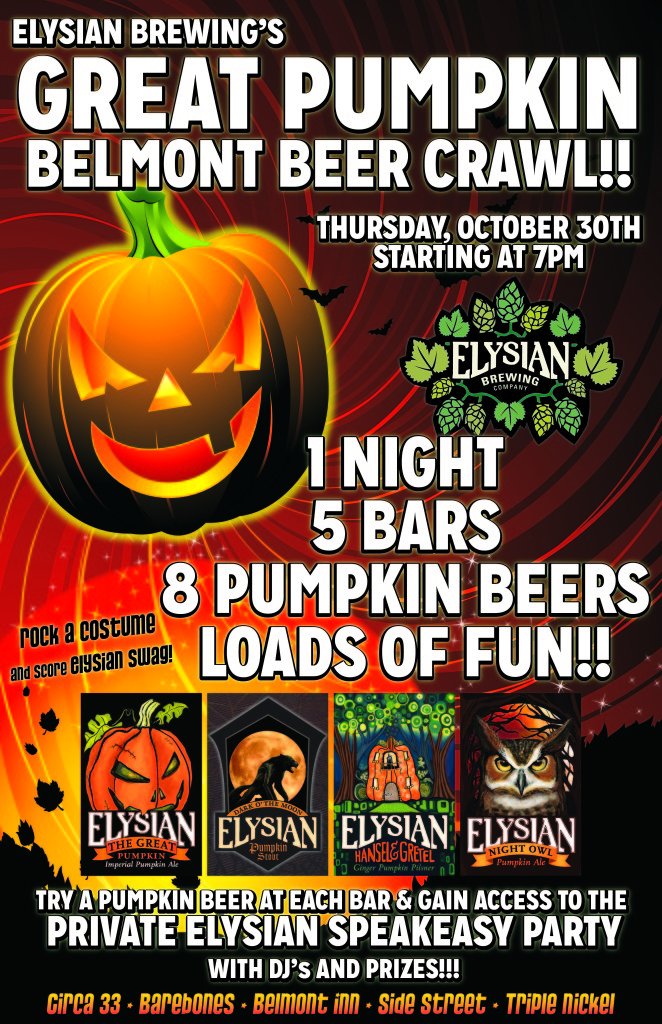 This is a great way to kick off the Halloweekend while joining Elysian Brewing for their Inaugural Great Pumpkin Beer Crawl that will make its way down Belmont Street. The crawl will feature a 8 pumpkin beers while visiting Circa 33, Bare Bones, Belmont Inn, Side Street Tavern and Triple Nickel Pub throughout Thursday evening. For those that complete all 5 stops you’ll be able to attend the private party at the Circa 33 Speakeasy Bar featuring music by the Vinylogy DJ Crew and prizes!

This is how it works:

Sounds like a solid night visiting 5 bars while sampling 8 Pumpkin beers and then to be rewarded with a private party at the Circa 33 Speakeasy Bar.