A buzz around the American craft beer community has revealed an ugly truth stemming from the pits of corporate America. We heard about it on the social networking site Facebook where several friends and

brewers have reacted.  Morrisville, Vermont’s Rock Art Brewery has been issued a cease and desist order from Monster Energy Drink. Monster, who would appear is living up to its name, is marketed and distributed by Hansen Natural Corporation, a NASDAQ listed company of Corona, California. Hansen Natural Corporation recently announced a distribution agreement with Anheuser-Busch in the United States. The letter from the corporate team at Monster claims there is confusion generated by the Rock Art’s seasonal barley wine named “Vermonster” created a couple years back to celebrate their tenth anniversary. 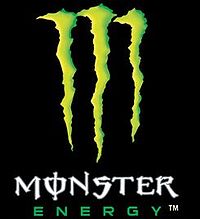 husband and wife team Matt and Renee Nadeau. Today, the business remains a modest microbrewery operation that employs seven people and distributes to five states outside of Vermont. On the other hand, Hansen Natural who owns the Monster energy drink is a publicly traded company with a reported gross sales for the second quarter of 2009 of $345.8 million, up 6.7% from $324.1 million in the same period last year. According to reports, Monster sold a cool $1 billion worth of the energy drink last year.

Not only does the multi-million dollar Monster mega corporation want the mom and pop outfit Rock Art to stop using the word “Vermonster,” but they also expect the brewery to compensate it for its attorneys’ fees. This is all at the hands of the Goliath energy drink’s lawyers.

If you’d like to contact Hansen’s Energy to voice your concern for Rock Art, email them at http://www.hansens.com/contact/