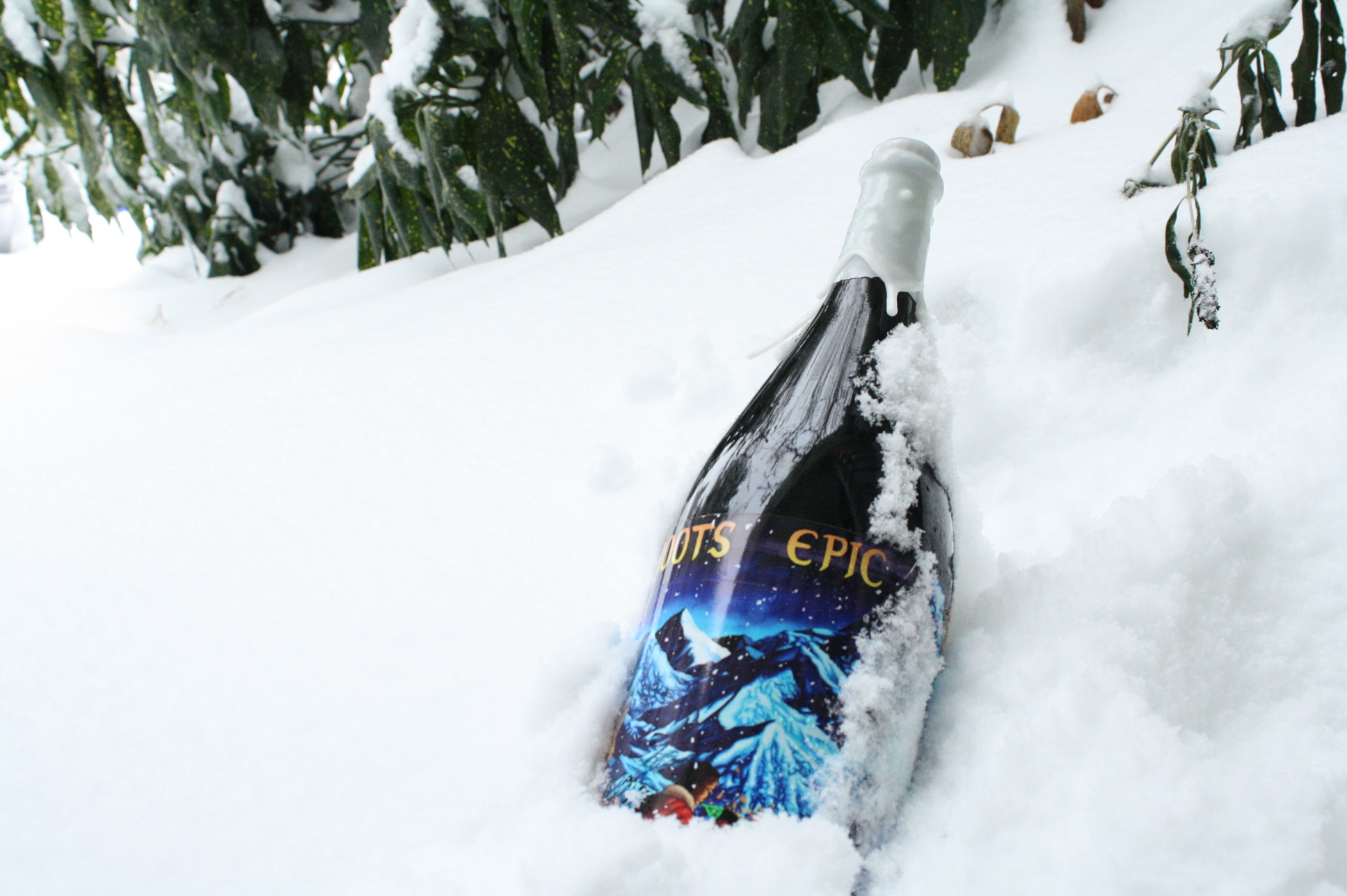 The Pacific Northwest has been experiencing more snow than anytime in recent memory.  This coupled with the inclement conditions and slippery roads, has many folks holed up.  Beers like Boundary Bay and Klamath Basin’s Cabin Fever or Left Hand’s Snowbound seem like fitting beers to enjoy while gazing out a frosted window pane.  After three days inside making the most of a Netflix subscription, one can get a little batty.  That is when we put on our snow boots, hats, and mittens and headed out on foot to one of our favorite brewpubs in Portland.  Roots Organic Brewing is about a mile from our home and the perfect place to spend a snow day.

At Roots we met up with three of their five beers of winter and our friend, Roots owner and brewer Craig Nicholls. Not to be confused with the lead singer of the Aussie rock band, the Vines of the same name, our Craig Nicholls rocks as well.

After a wonderful blended pint of Habanero Chocolate Stout and Exxxcaliber Imperial Stout, we conducted the following brief interview with the jovial rebel brewermeister. This interview was modeled after the ESPN show Pardon the InterruPTIon.  On the show, hosts Tony Kornheiser and Michael Wilbon face off on hot topics with a short set of time to give their two cents on each predetermined issue.  I threw phrases at Craig and he gave me off-the-cuff responses of the first thing that came to mind.  Here goes: 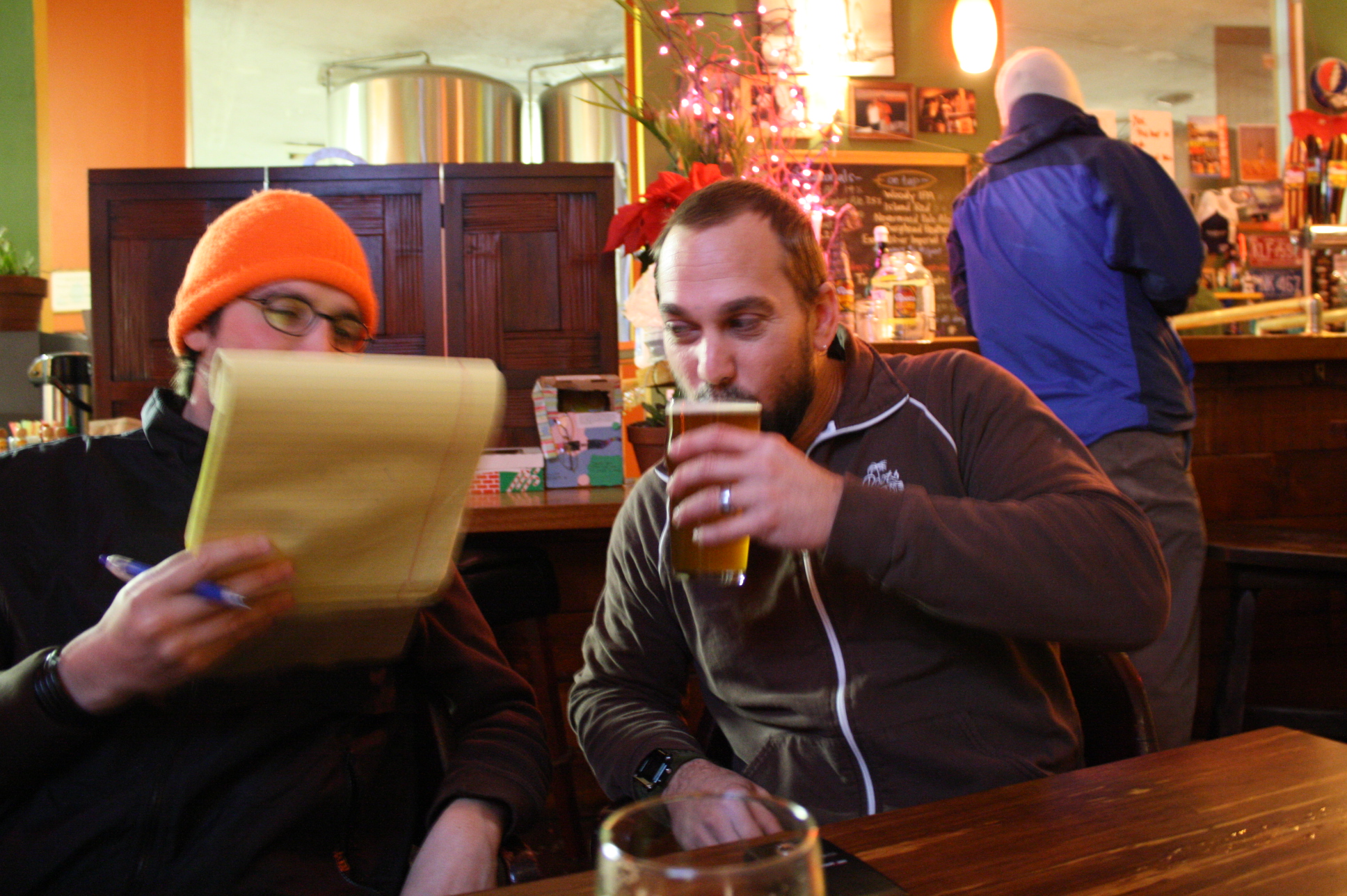 “Festivus, Habanero Stout, Epic, Younger’s Nightmare, Flanders Red. The whole concept is to have a little fun during the holidays.  Aged to perfection.  Most brewers only make one winter beer.  The whole idea (for Roots) is to be creative, fun, and chewy.”

“I started brewing this beer back in ’97 at Alameda.  Again, I was trying to be creative.  Hand-picked fresh organic red rose petals.  This beer is released on the Spring Equinox.  The whole place will be filled with rose petals.  The beer is around 7 or 8% (ABV).  We’ll start brewing it next month.”

The Evolution of the Epic Ale:

“Has stayed pretty much the same since it was the Winter Warlock back in 1996.  The smoking process has changes some as well as a few recipe changes like hops. We’ve got the ’07 on tap.  It really needed some time to age and develop.  It will continue to evolve as time passes.”

“Like I’ve said before, I wish we could do these all the time.  These are me and Jason’s favorite beers. As we progress in bottling, we will be doing more and more.  Belgians remain on the top of the list and the final of the five Beers of Winter, the Flanders Red will be a great, bold brew (10.5% ABV!!!) 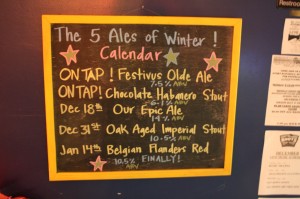