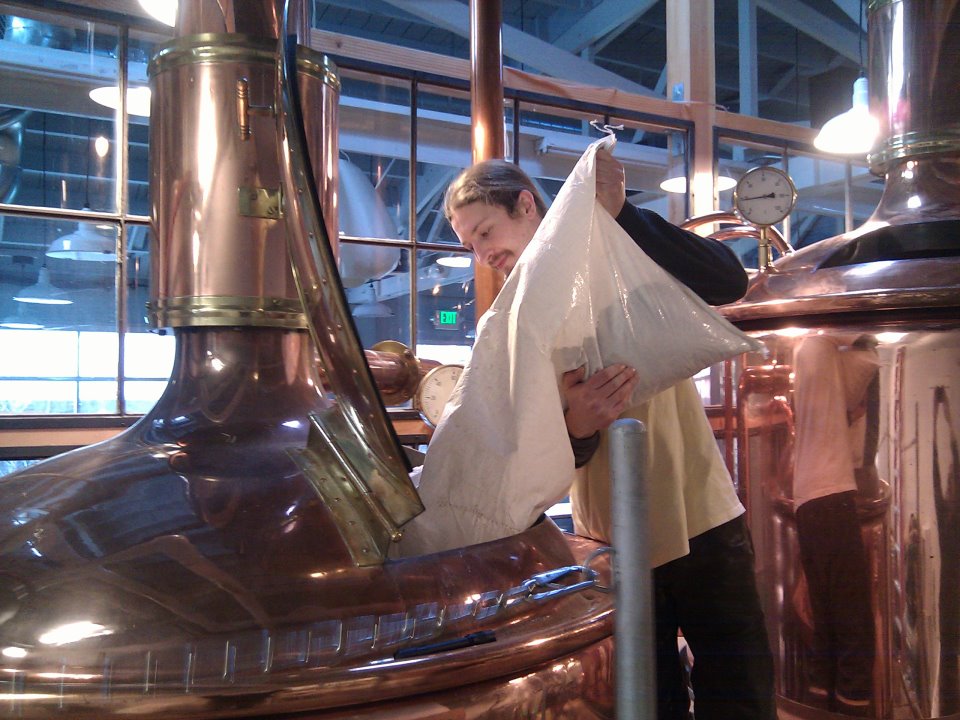 Eugene, Oregon’s latest commercial craft brewery, Fall Sky Brewing, has announced that they at last have beers to pour you. “We have labored and toiled, and after many trials and tribulations,” says co-founder Rob Cohen, adding “We want to finally announce: WE HAVE BEER!”

On Tuesday, March 13, 2012 the first four pours of Falling Sky’s Falconer’s Flight IPA, Pouring Porter, Persuasion Pale, and Bare Hands Bitter will flow. Cohen adds ” and everyday after, our bright tanks will be full and our taps will be flowing. Come on in & taste our hand-crafted selections. LET IT POUR!”

Since January of this year, Falling Sky has been brewing away under the direction of head brewer and co-founder Jason Carriere. Carriere, a recent recipient of the Glen Hay Falconer scholarship worked running the Valley Vintner & Brewer, a brewing supply shop at the spot next to where Falling Sky lives today.  Here’s more details on Falling Sky’s first two releases from a brewery press release:

How about trying a truly honest pint of one of these-

Bare Hands Bitter: This English Pale ale is holding a firm bitterness with grip of NW hop flavor; because you can do so many things with your own bare hands. Get a hold of it!

First Flight IPA: A classic NW IPA brewed with 100% Falconer’s Flight hops. Take off with flavors of spicy citrus to leave you floating in the pines– it will be just divine.

Celebrate with us, Tuesday, March 13th

5pm-Midnight, for The First Down