Lucky Lab’s Ben Flerchinger gave us the most recent update on the beers that will pour at the Barleywine and Big Beer Festival.BF says “This I think is the final tally for the 2009 Barleywine Big Beer Tasting. I might have forgotten a few and added some that don’t exist, but I think we’re pretty damn spot on.” 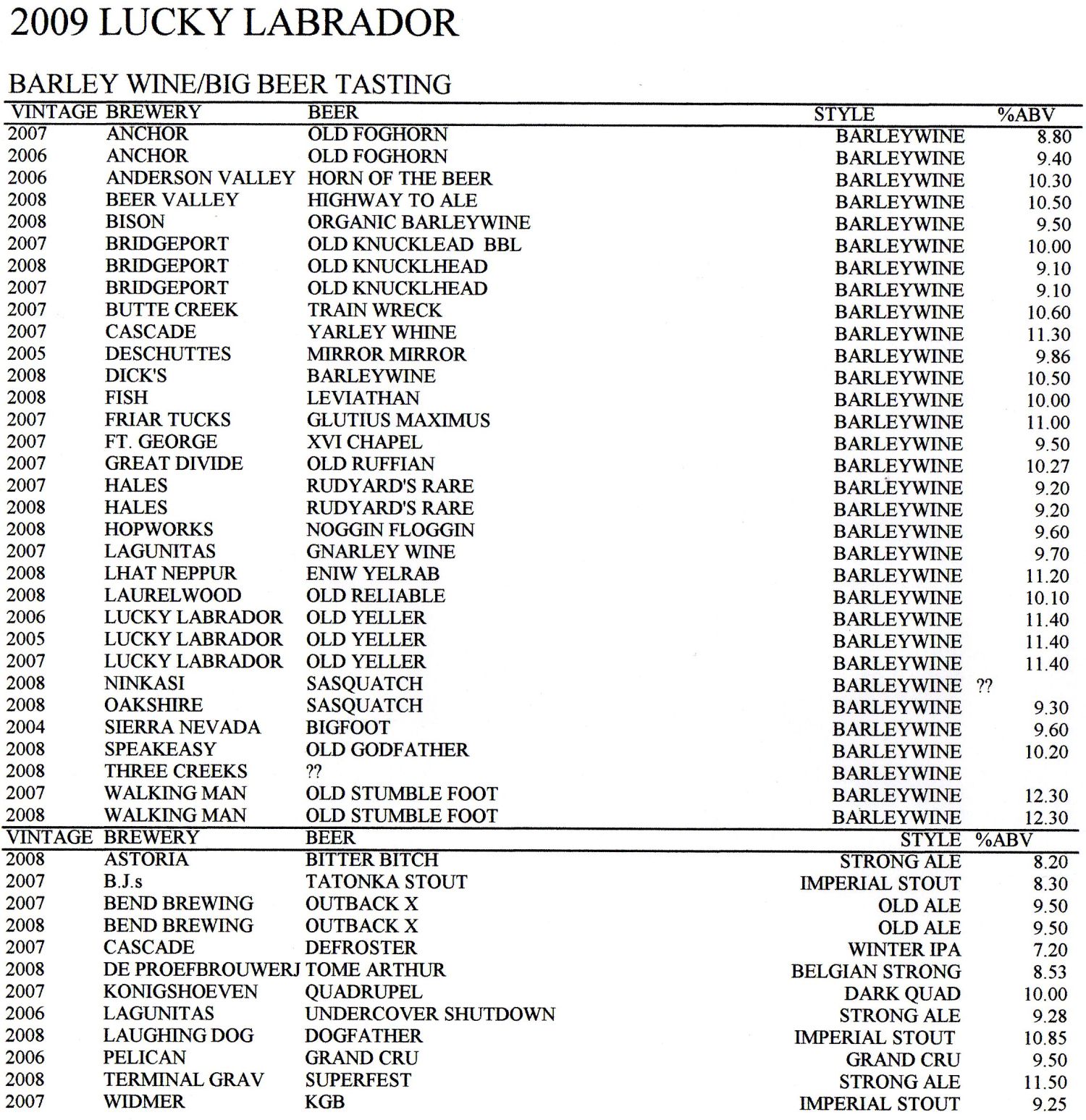 As previously mentioned, this event is taking place on March 6 and 7, 2009 at Lucky Lab’s NW Quimby location (1945 NW Quimby St. in Portland, OR). Gates open at noon both days close at ten o’clock. The tickets are $1.75 for a four ounce taste, no charge for admission.
The organizer asks that you please take Tri-Met, a taxi, or find a designated driver. You may want to consider bringing a designated liver as well.  These beers are no joke!

Flerchinger also adds “I would also like to start a spirited debate about how to spell barleywine. I think it should all be one word, but the spellchecker (which, apparently, is one word) keeps telling me I’m wrong. Thoughts?”

Hmmm…all we know is that that barleywine is all about the mouthfeel at the brewpub.