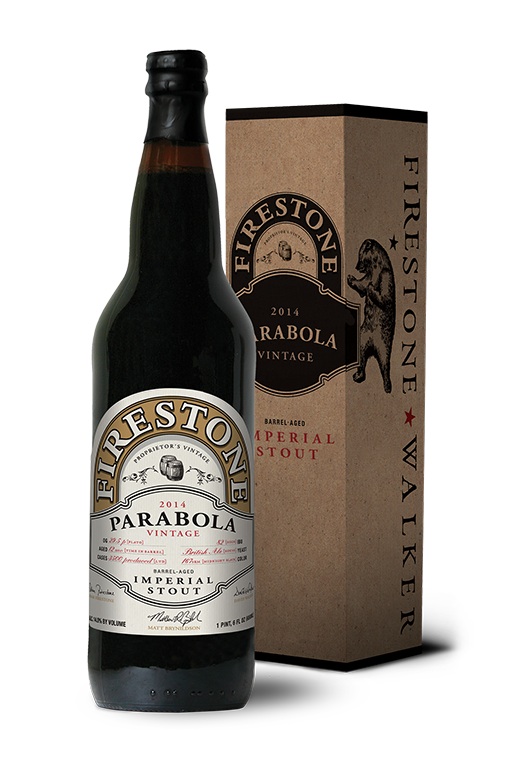 Paso Robles, CA—Like no other vintage before it, the 2014 Parabola by Firestone Walker Brewing Company is a beer of darkness and immensity, a beast that bares its teeth with a highest-ever 14% ABV—and yet its bite remains refined.

“The flavor profile of this beer is pretty intense, but it also offers this creamy dark chocolate and polished milled cocoa character that keeps the bitterness in check,” said Brewmaster Matt Brynildson. “So you’ve got this massive beer that goes down smoothly. It’s the smoothest, most integrated Parabola release to date.”

The 2014 Parabola is a Russian imperial oatmeal stout that was aged for a full year in a blend of barrels from Elijah Craig, Four Roses, Pappy Van Winkle, Woodford Reserve and Buffalo Trace.

“Our program keeps maturing each year, relative to our ability to get this mix of barrels from high-end bourbon producers,” Brynildson said. “We’ve identified distillers whom we really like, and we’ve worked hard to maintain connections with them. It’s less about extracting whopping bourbon notes and more about getting this integrated barrel character with complex flavors.”

The Parabola recipe and brewing methods remain the same every year, so vintage variation is rooted in barrel selection. “Every vintage is slightly different,” Brynildson said. “That’s the beauty and the point of making vintage beers.”

The 2014 Parabola is limited to 3,500 cases of 22-ounce bottles. It will be available in select markets across the United States starting this month. The suggested retail is $16.99.