As anyone in the Oregon craft beer community not living under a Rolling Rock knows, Tonya Cornett of Bend Brewing is one phenomenal brewer.  Her Hophead IPA has claimed gold at the Great American Beer Fest and her skills represented in a spectrum of styles is unprecedented.  The most recent acclaim of Cornett is the recognition of her by the International Real Ale Festival.  Cornett was just one of five international brewers asked by festival organizers, J.D. Wetherspoon to participate in this year’s guest brewing. “I am thrilled and honored to be included” said Cornett.  And why not.  Cornett is the sole American brewer representing this year and the first ever woman. Her wealth of brewing knowledge and experience is reflected in Bend’s choice brews that hold their own across the street from the world renowned Deschutes Brewing Company.  Cornett has been producing delectable brews at Bend since 2002 and is a graduate of the World Brewing Academy of Germany, a partnership between Seibel Institute of Chicago and Doemens Academy of Munich. In 2008 she became the first woman to win the title of Brewmaster of the Year at the World Beer Cup.

She will travel to the U.K. next week to brew teh beer of her liking. Asked to produce 325 barrels (over 10,000 gallons) of beer in two days, word is she will brew an amber ale with Northwest hops. According to a press release, the beer will be distributed at J.D. Wetherspoon’s 700-plus pubs, where customers will have the opportunity to vote on their favorite of the guest-brewed international ales. 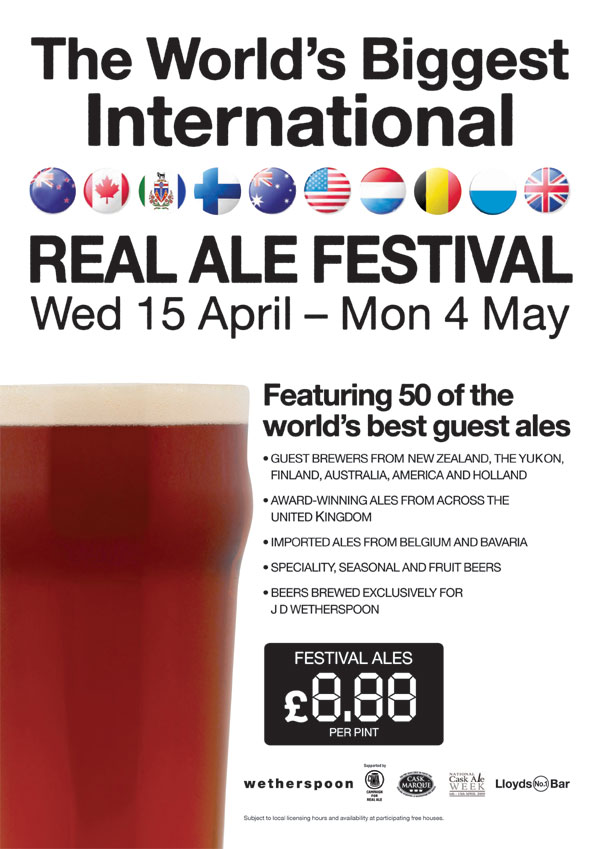 The festival, billed by some as the “World’s Biggest International Real-Ale Festival”, takes place each year during the autumn. Wetherspoon’s festival organizer, Jonathan Yates, said of last year’s event, “We brewed four overseas beers in the U.K. for the festival, and it was a fantastic opportunity for our customers to sample beers not previously available in the U.K.”

If you see Tonya, wish her well, and let her know we as Oregonians are proud of her.