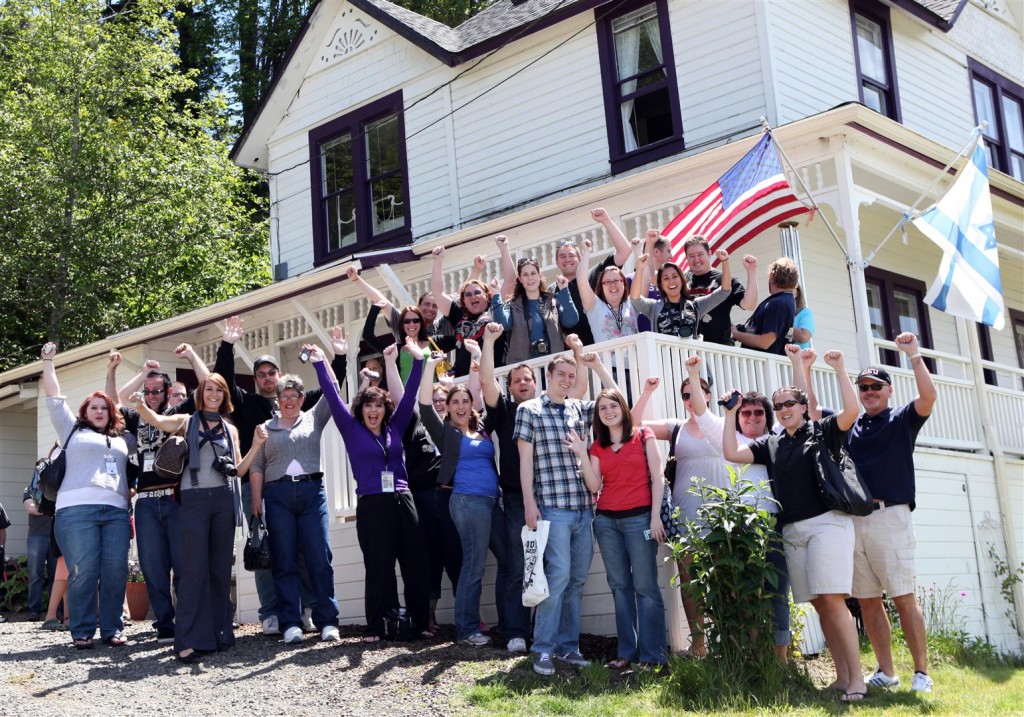 Astoria, Oregon is gearing up for their annual Goonies Day that will take place this year over the weekend of June 6th to 8th. Back in 2010 when The Goonies were celebrating their 25th Anniversary, Astoria’s Mayor Willis Van Dusen declared June 7 to be officially recognized as Goonies Day. This happens to be the exact day the film had its theatrical release back in 1985.

As of late there has been some talk about a Goonies sequel being planned. Of course the die-hard Goonies fans are pumped for this info. And as this story develops, fans cheers to the phenomenon that is The Goonies each year in Astoria for Goonies Day on June 7.

This American-Style Stout returns this year brewed once again with Black Truffle mushrooms that offers a very earthy quality with a light mouth feel and a creamy finish. Finishing at 7.3% ABV, this stout uses Summit and Saaz hops along with a heavy malt bill of Organic 2 Row, Organic Wheat Malt, Honey Malt, Carafa 111, Carafa 11, Munich10L, and Special B Malt.

This year, the celebration includes showings of The Goonies, tour of the house used as a location in the film and a special gathering of fans in a record-breaking group “truffle shuffle.” The events that will take place over the course of the weekend include the following.

The Goonies House Tour:
Saturday, June 7, 9:30am to 3:30pm
The house made famous in The Goonies as the residence of the Walsh family is an iconic location. Each year, thousands of fans make the trek to the house to stand where the kids did in the movie and snap a photo in front of it. The private home will be opened in honor of Goonies Day and fans will have the opportunity to step inside and take a tour on Saturday.
Advanced reservation required. Tickets are available for $15 online or day of while supplies last.

Truffle Shuffle Group Record:
Saturday, June 7, 5:00pm
Join with other fans of the film and help us create a record for the most people doing the Truffle Shuffle together as a group in Astoria! This event will take place at Warren Field, the Astoria High School football field, seen in the film’s opening sequence.

Treasure Hunt:
Friday through Sunday, June 6-8
Join a citywide Treasure Hunt where fans are encouraged to visit more than a dozen Goonies-enthusiast businesses and filming locations. Those that complete the hunt will be entered into a raffle drawing for prizes. Some businesses will also offer specials for Goonies weekend including a variety of 80s- and Goonies-themed activities. 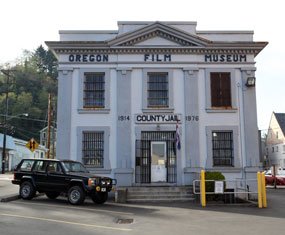 It’s not to early to start planning now for June 2015. Next year The Goonies will be celebrating their 30th anniversary, and Astoria has big plans to celebrate in style. The cast came out for a riotous reunion in 2010 for the 25th anniversary, and they plan to have some of them out again.

The Oregon Film Museum celebrates the art and legacy of films and filmmaking in the State of Oregon. Housed in the old Clatsop County Jail, known to Goonies fans as the scene of the opening jailbreak, the museum invites visitors to explore this and other films and the production behind making movies in Oregon. The Oregon Film Museum provides visitors the opportunity to make their own movie, with three green screen experiences, edit and have it sent to them by email. Open daily, year round. Located at 732 Duane Street in Astoria. Admission is $6 for adults and $2 for children.