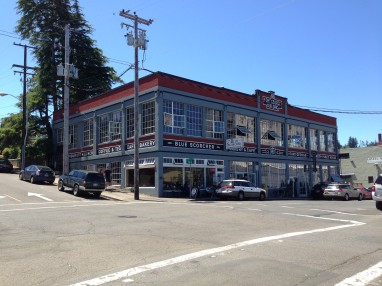 On Sunday doors to the Public House open at noon and be one of the first to purchase Fort George’s new OMEGATEX Imperial IPA in 22oz bottles. OMEGATEX is a limited run beer being released to help celebrate Fort George’s 7th Anniversary. This will be the first time OMEGATEX has been packaged in 22-oz bottles. Here’s the brewery’s description: 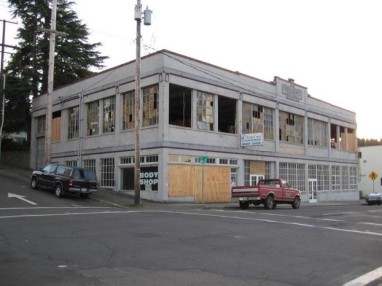 “Inspired by the tried and true Vortex IPA, but bigger, hoppier and just as balanced as the Vortex that Fort George drinkers have been keen to since the brewery was almost scattered in a corn field.  The brewers at Fort George were making A LOT of Vortex, but just felt like it needed more umph.  After a rather strong early batch of Vortex in the pub, the regulars agreed, but this was not for the full pint.  This beer is not for everyone, but surely hoppy and big enough for many in the Pacific Northwest. Heavily hopped with Summit and Cascade hops, check out OMEGATEX.” 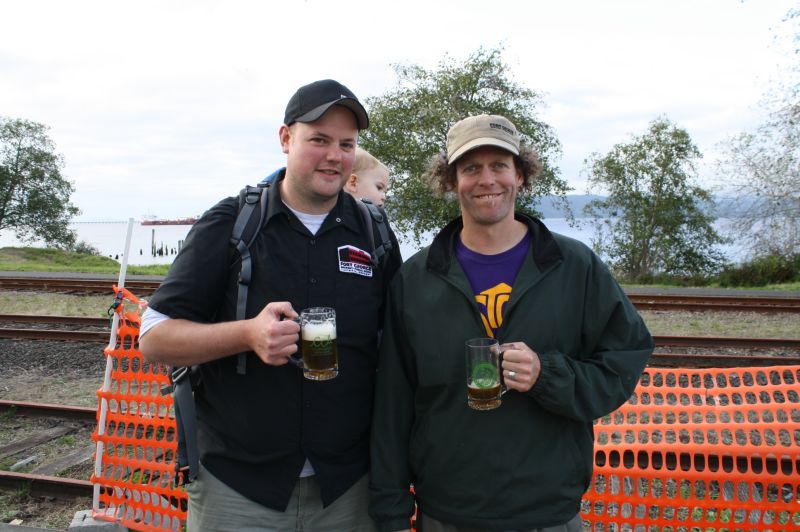 The party itself kicks off at 3:00 pm with house favorites, The Quick and Easy Boys. They’ll be making their upstairs debut. This Portland power-trio creates their own blend of rock & roll. Imagine the Minutemen, Band of Gypsies, and the Police rolled into one. The party continues at 8pm with Fort George’s Sunday Night Concert Series featuring the high-energy delta-bluesy sounds of Tango Alpha Tango. These Northwest natives will reel you in with memorable melodies and catchy guitar hooks peppered with funky bass-lines, driving beats, and psychedelic keys.

Here is more about these two bands from Fort George’s press release:

The Quick and Easy Boys
The Quick & Easy Boys, a power-trio out of Portland, Oregon, create their own blend of rock and roll. Imagine the Minutemen, Band of Gypsies and the Police rolled into one. Formed in 2005, The Quick & Easy Boys quickly made a name for themselves in Eugene, Oregon before heading north and building a Portland, OR fanbase. Their shows are an interactive party with electrifying stage antics and profound musical moments as the trio pours out every ounce of their energy, leaving nothing behind. The band has gained the reputation for moving a crowd all-night long whether it be a big festival or a tiny watering hole. The core members, Jimmy Russell on guitar, Sean Badders on bass, and Michael Goetz on drums, have continued to evolve musically…and audiences continue their enthusiastic calling of “Yeah Bud!” at every show.
In 2008, they released Bad Decisions With Good People which left people raving about their unique and vibrant sound, and in September of 2009, they sojourned out on their first United States tour. Three more national tours followed the release of their 2nd album Red Light Rabbit in 2010, and the band is gearing up to release and tour behind their upcoming album, Make It Easy in 2013. They’ve opened both locally and nationally for Deer Tick, The Meat Puppets, Blitzen Trapper, The Thermals, J. Roddy Walston and the Buisness, Wooden Birds, Orgone, The Pimps of Joytime, Juno What?!, Southern Culture on the Skids, Big Sam’s Funky Nation, The Bridge, Iglu & Hartly, Bob Wayne & the Outlaw Carnies, Vince Herman, and more.

Tango Alpha Tango
Tango Alpha Tango is a four-piece Portland, OR rock & roll outfit lead by virtuosic guitarist, singer/songwriter, Nathan Trueb. He is joined by his wife Mirabai on bass guitar, Joey Harmon on drums, and Daniel Jones on keys and guitar. These northwest natives have been honing in on their fusion of blues and rock on stages from Portland all the way to Austin, TX for SXSW and everywhere in between since 2008. The quality of their music will reel you in with memorable melodies and catchy guitar hooks peppered with funky bass-lines, driving beats, and psychedelic keys. You’ll want to catch their live show any time you can because the group’s energy is infectious and leaves audiences in a sweaty frenzy screaming for more.

Bring your dancing shoes, some good spirits, and a thirst for Astoria craft beer.