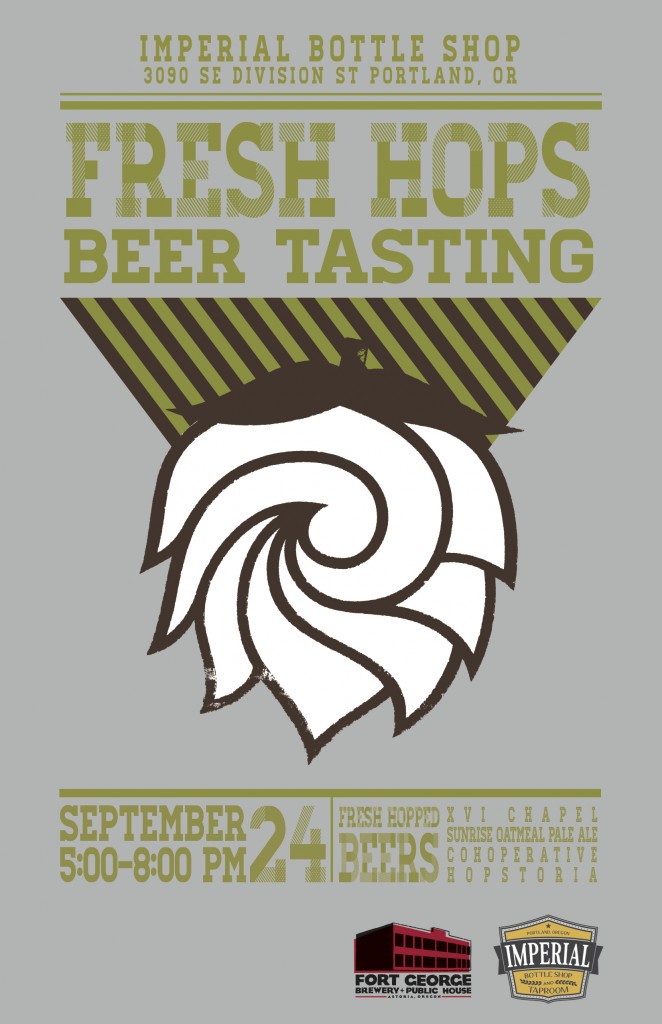 Fresh hop beer releases are popping up all across the Pacific Northwest.  With every new fall season, more and more breweries are releasing multiple fresh hop beers for our enjoyment. And for us here in Portland we get to partake in a lot of this action.

On Tuesday, September 24th, Fort George Brewery will be showcasing their four new fresh hop beers at Southeast Portland’s Imperial Bottle Shop. Fort George will be at Imperial pouring their entire 2013 fresh hop lineup. These four beers will available at no single other location other than their awesome public house in Astoria. This year’s fresh hop offerings include:

Hopstoria: Using fresh Citra hops and dry-hopped with Mosaic, this beer is Astoria. Hopstoria has a golden hue that complements the crisp, subtle taste of the woods. With mild notes of pine, roast, and a hint of spruce, Hopstoria is a liquid adaptation of why people love Astoria and why they feel compelled to come back.

Co-Hoperative Ale: A fresh hop ale made every year using hops donated by local Astorians. 12 donors lent their crop to this year’s batch, which equated to the heaviest hopping schedule yet. Enjoy this light, crisp, amber beer and take note of its harmonious spirit.

So make your way to Southeast Portland on Tuesday to enjoy some tasty beers made with the freshest wet hops.