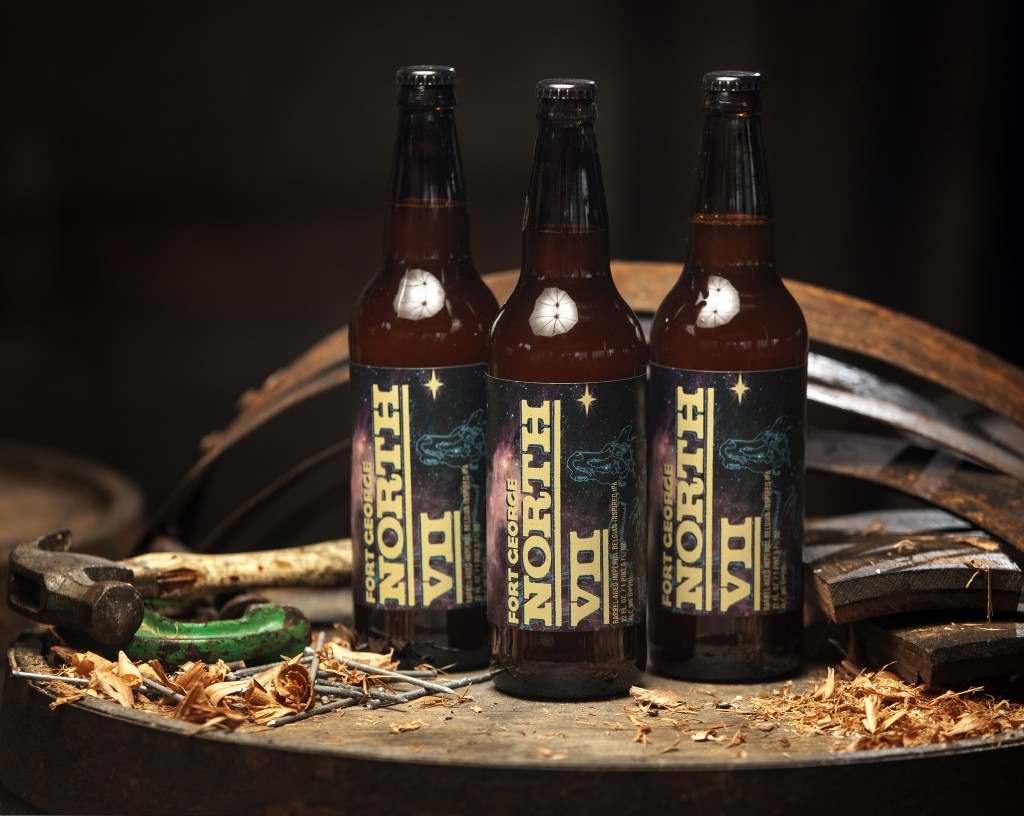 Each year Fort George Brewery in our beloved seaside town of Astoria, Oregon brews their winter seasonal strong ale, North. This year is no exception. However, what makes 2013 special is that Fort George chose to do a limited run of 22oz bottles of North VII for us to enjoy. This is a one and done bottle run so make sure to get your bottles before they sell out.

North VII is a barrel aged Imperial IPA, so it should hold up and age well since it clocks in at a big 9%ABV.

Here is more on the process of how Fort George brewed and aged their latest release, North VII.

A tractor-trailer sped 2400 miles through the night to deliver American Oak barrels to the Fort George Brewery, staves still engorged with Kentucky Bourbon. Seventy-two hours after being emptied at the distillery these barrels were harboring a winter wonder, working their alchemy on the hop and barley elixir nestled within. With the addition of more hops as the beer left the barrels, North VII was born – fully aromatic and pungent with vanilla, bourbon, oak and flowery lupulin magic. 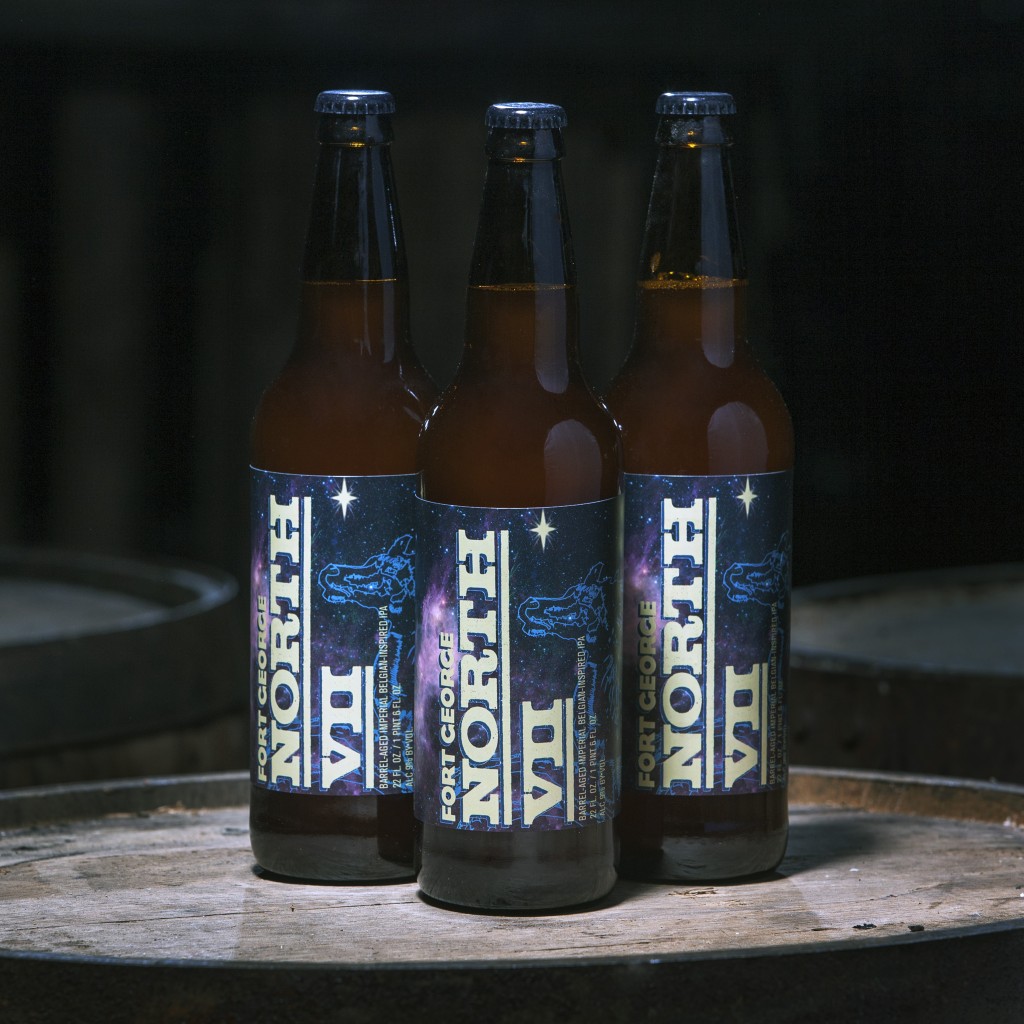 In 2007, Fort George brewed its first winter seasonal strong ale, North, for the Great Alaskan Beer and Barleywine Festival.  The North Series tradition has continued every year – the recipe varies but the style stays the same.  2013’s North VII was brewed with a complex malt bill and a tremendous amount of hops. Fermented with a Belgian yeast for a touch of spice, this Imperial IPA was then steeped for just the right amount of time in the freshest Kentucky Bourbon barrels this side of the Rockies.

North VII is available in 22-oz bottles and on draft starting today, October 25th.   This limited edition seasonal will sell out quickly and age phenomenally.  Fort George beer is distributed throughout Oregon, Washington and Northern Idaho.  For more information on everything Fort George go to www.fortgeorgebrewery.com.