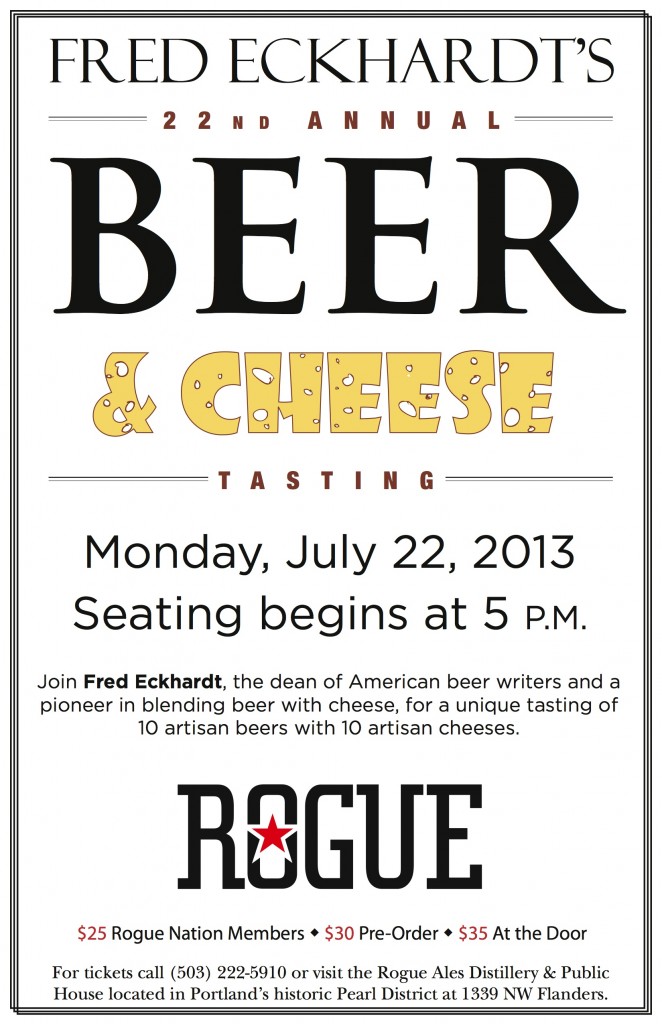 Having attended this event in the past I had a great time along with excellent cheese and beer pairings. There will be 10 cheeses each paired with a different beer that compliments each cheese. The highlight of the evening will be hearing Eckhardt tell stories in between each pairing. Some of these stories will show of some of Fred’s wisdom that he has found over his past 87 years, while with other stories you’ll be laughing at his self-deprecating humor. 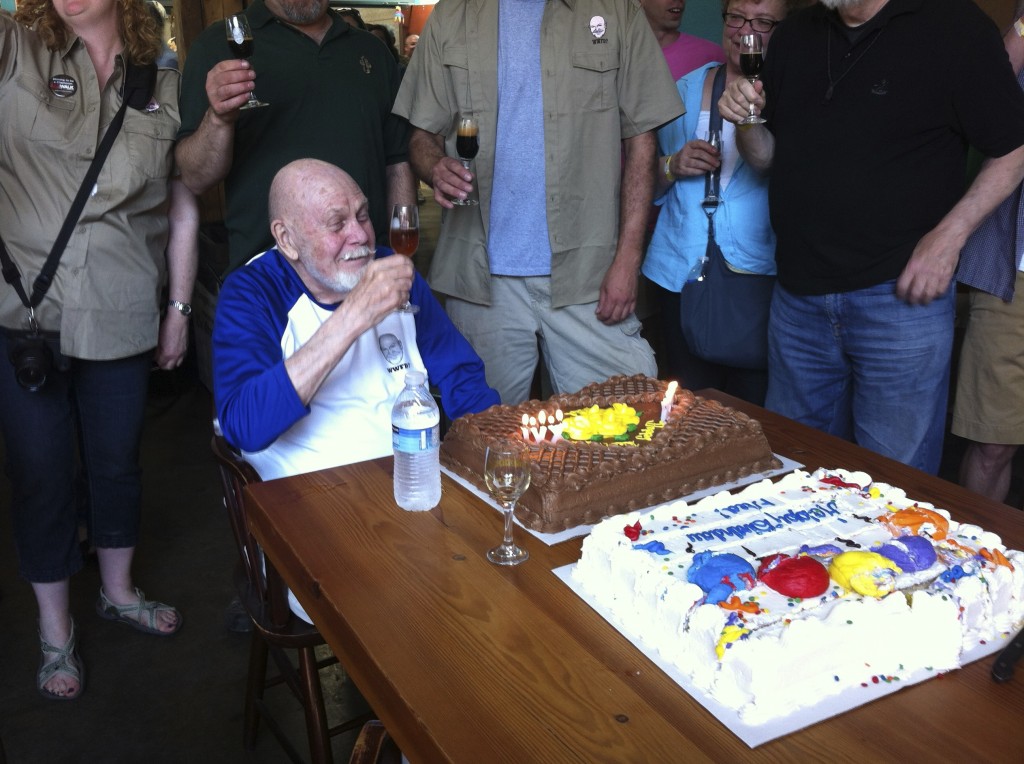 Eckhardt will lead participants through a decadent multi-course feast featuring Oregon handcrafted beers and cheeses. Fred’s line up this year features Rogue Hopyard Cheese, an aged cheddar made by Rogue Creamery with hops grown by Rogue Farms of Independence, Oregon, and paired with a Rogue Farms beer. These GYO Hops are de-stemmed, chopped fine, hand-mixed into the cheese curds and pressed into blocks by Rogue Creamery, an artisan cheese company, with people dedicated to service, sustainability and the art and tradition of making the world’s finest handmade cheese.

Rogue also grows its own barley in Oregon’s Tygh Valley Appellation, in the rain shadow of Mt. Hood. As Eckhardt will surely remind, it is this grain that creates the foundations for both beer & cheese making. The Rogue Brewery in Newport, Oregon is located between two famous dairy appellations, Tillamook and Bandon, and for 25 years has shared its spent grain as rumen protein for dairy cows, sheep and goats in the valley adjacent to the Micro Hopyard.