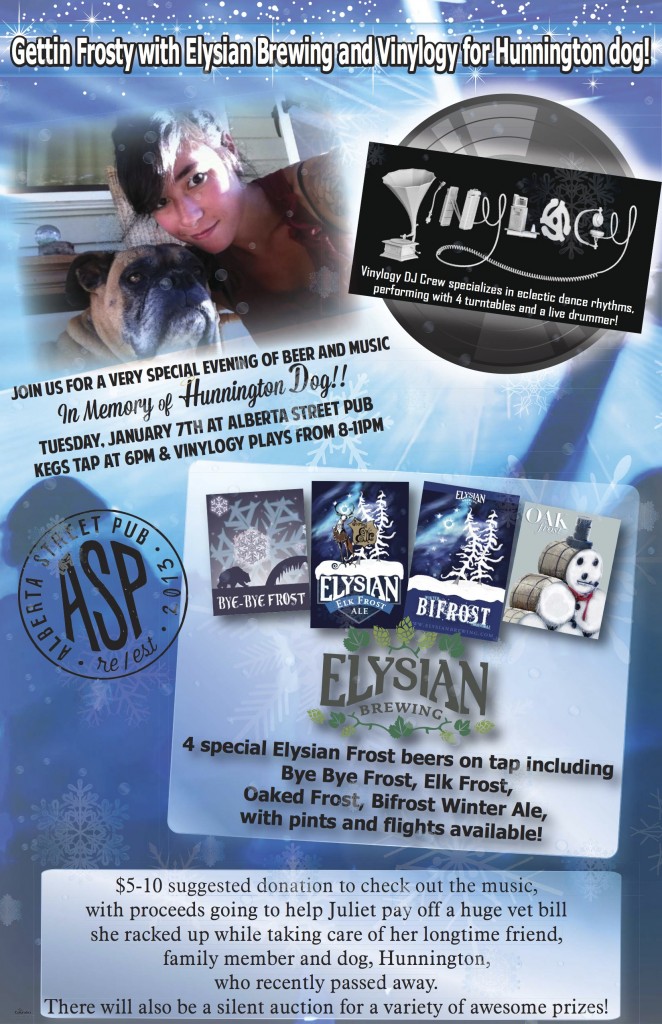 For those that just want to enjoy the beers there will be no cover charge. To listen to Vinylogy there will be a $5-10 suggested donation to enter the music venue side of the pub. Proceeds from this evening will be going to help Juliet pay off a huge vet bill she racked up while taking care of her longtime friend, family member and dog, Hunnington, who recently passed away.

Make sure to check out the silent auction. The silent auction that will be benefiting Juliet features a variety of awesome prizes such as an Elysian Brewing engraved 64oz “Hydroflask” growler, 32oz Elysian beer stein, gift certificates to local businesses, art and more.