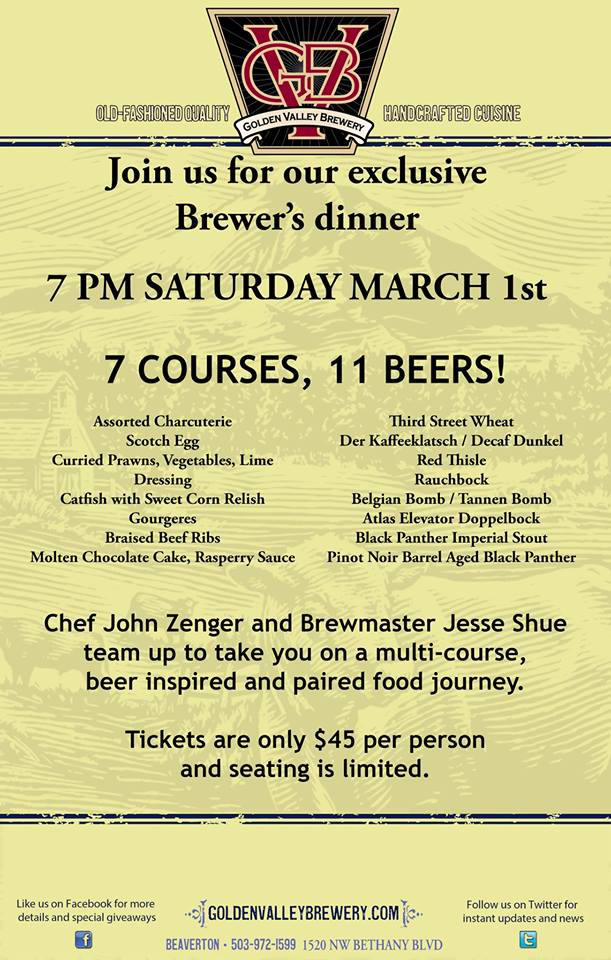 The featured food and beer pairings are listed below:

Beyond Golden Valley’s brewery in McMinnville, they also own an operate a ranch where they raise some of their meat and farm some of their vegetables for both of their restaurants. Below is a nice video that captures GVB’s farming spirit at Angus Springs Ranch.