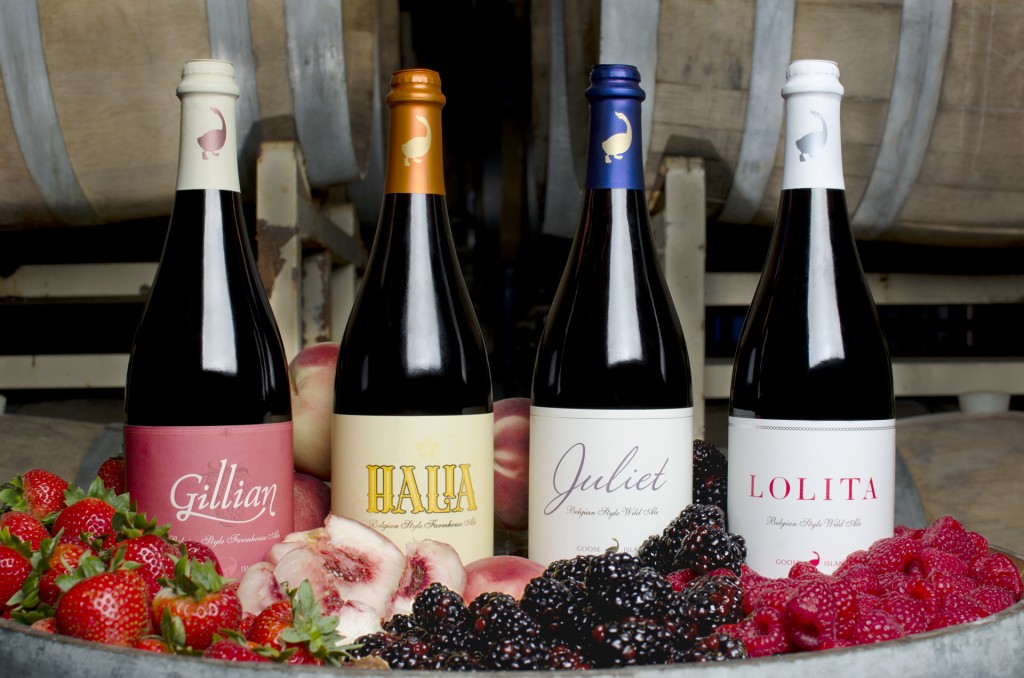 Currently on shelves around Portland are the four sour ladies of Goose Island. Joining the previously released sour ales of Juliet and Lolita are newcomers Gillian and Halia.

Said to be the original innovators of barrel aging beer, Goose Island is debuting two new sour or wild ales that are part of their Vintage Collection. Each of these barrel-aged beers features a charming, personal story from the initial brewer and innovative flavor profile.

The Vintage Collection features Goose Island’s ever popular Matilda along with Sofie, Pere Jacques and Pepe Nero. The two new ladies on the block, Gillian and Halia, will compliment the established sour ales of Juliet and Lolita. For those of you that have not yet had these beers we highly recommend seeking out Lolita. This wild ale fermented with Brettanomyces and aged in wine barrels with loads of fresh raspberries is a tasty fruit forward yet complex beer.

Further down in this post is an infographic that better explains the Goose Island barrel-aging method. This informative piece is a great learning piece for those just getting into barrel aged beers.

Beyond these wild ales that Goose Island has just released, the brewery will also be releasing quite a few new beers over the coming months.

This month, Goose Island Beer Company is unveiling four Belgian-style wild ales from its diverse and creative portfolio.  The Chicago-based beer company will debut two completely new barrel-aged farmhouse ales called Gillian and Halia, and release the 2013 vintage of the much sought after sour ales, Lolita and Juliet.

With select national availability, these Goose Island creations will be part of the brewery’s Vintage Collection, which includes award-winning beers like Sofie, Matilda and Pere Jacques. Each of the barrel-aged ales features a unique story, locally sourced fresh fruit and exceptional, complex flavor profiles.

Gillian
Gillian was inspired by an amuse bouche that was often prepared by the wife of Goose Island Brewer Keith Gabbett. New for 2013, Gillian is a Belgian Style Farmhouse Ale that brings together fresh ingredients sourced locally from family farms in Michigan and Illinois. Gillian is partially aged in wine barrels with 10,000 pounds of strawberries, 4,000 pounds of honey and white pepper. Its refreshing effervescent body is slightly tart and is complemented by a pronounced white pepper note that folds nicely into the sweeter hints of strawberry and honey. Gillian is 9.5% alcohol by volume and develops in the bottle for up to 5 years.

Halia
Halia, Hawaiian for “remembrance of a loved one”, was brewed by Goose Island Brewer Brian Taylor in memory of a dear friend who loved peaches. New for 2013, Halia is a Belgian Style Farmhouse Ale aged in wine barrels with 12,000 pounds of fresh peaches, sourced locally from a family farm in Michigan. The result is a bright, effervescent beer with a soft, hazy body that finishes slightly tart and a little sweet with the pleasant character of ripe, juicy peaches. Halia is 7.5% alcohol by volume and develops in the bottle for up to 5 years.

Juliet
Juliet is fermented with wild yeast Brettanomyces, and aged in wine barrels with 9,000 pounds of blackberries, sourced locally from family farms in Michigan. Tart and fruity, with complex notes of wood, tannin, dark fruit and spice, Juliet is a unique choice for beer and wine drinkers alike. Inspired by the sour beers from the Cantillon Brewery in Belgium, we named Juliet after the sister of the owner and fourth generation brewer of Cantillon – homage to a gracious host on many travels to Belgium. Juliet is 8.0% alcohol by volume and develops in the bottle for up to 5 years.

Lolita
Lolita is a rose-colored Belgian Style Pale Ale fermented with the wild yeast Brettanomyces and aged in wine barrels on 30,000 pounds of fresh raspberries, sourced locally from a family farm in Michigan. Aromas of fresh raspberries, bright jammy fruit flavors and a crisp, refreshing body make Lolita ideal for beer drinkers fond of Belgian Framboise. Lolita is 8.2% alcohol by volume and develops in the bottle for up to 5 years.

“We’re incredibly proud of the depth and breadth of our barrel-aging program and excited to introduce two new and incredibly tasty beers to our fans with Gillian and Halia,” said Brett Porter, Brewmaster for Goose Island Beer Company. “The passion our brewers have for innovative brewing is unparalleled and it’s evident in their new creations.”

The sours are part of Goose Island’s wine barrel-aging program, which began in 2007 with a small 10-barrel batch of Juliet. The brewery has introduced several more beers aged in wine barrels since then including the award-winning Lolita, Madame Rose and Sofie. Goose Island now ages a variety of styles in thousands of barrels each year. Over the course of a year – the brewers at Goose Island sample, score and test beer from the barrels on a weekly basis – waiting for the flavors to peak before creating the final blend. 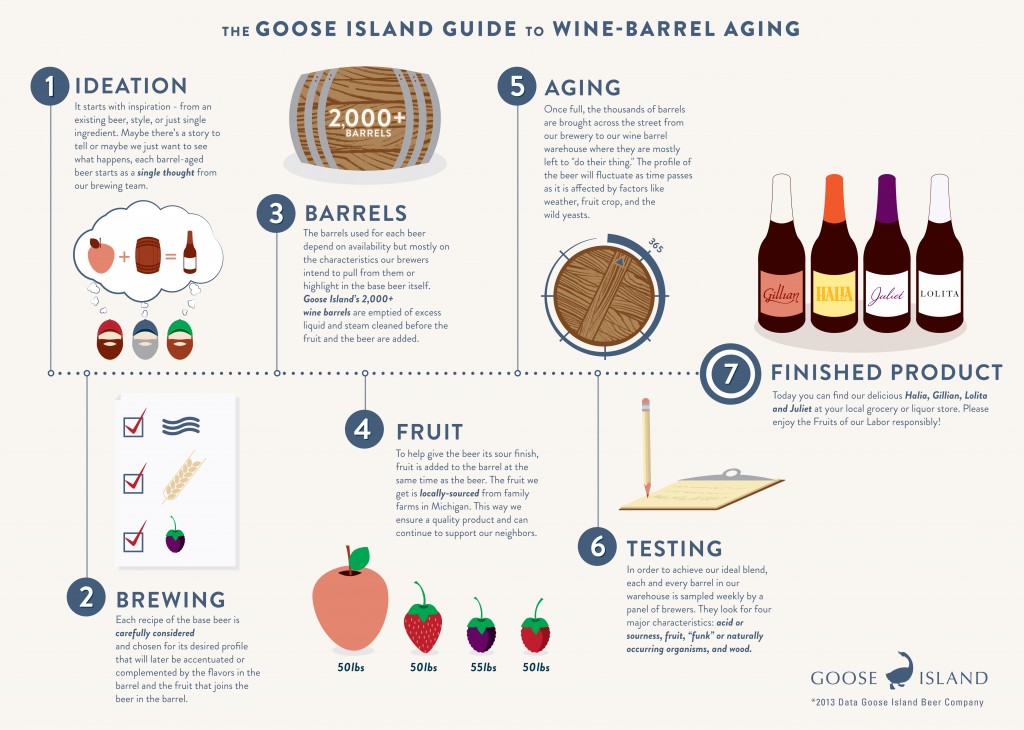 “Creating and blending our barrel-aged beers takes an incredible amount of skill, time and effort – as much art as it is science,” said brewer and Goose Island Head of Innovation Mike Siegel. “Creating these new beers is truly a labor of love; I feel lucky to be a part of a brewery where innovation is celebrated and encouraged.”

About Goose Island:
Founded in Chicago in 1988, Goose Island is one of the most successful craft breweries in the Midwest and produces some of the most popular, and award winning, beers in the U.S. Since 1989, Goose Island beers have won a variety of awards at acclaimed beer events including the World Beer Championships, World Beer Cup, European Beer Star, World Expo of Beer and the Great American Beer Festival (GABF).