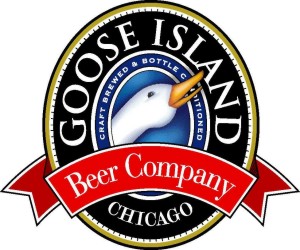 Holy cow! Well, maybe not holy cow, at least, hot damn! According to Craft Business Daily, Fulton Street Breweries DBA Goose Island Beer Company (an exceptional brewery by the way) of Chicago is about to become the property of Anheuser-Busch/InBev. Goose Island brands, since 2006, have been distributed through A-B supported and partly owned Craft Brewers Alliance (CBA) in conjunction with Portland, Oregon’s Widmer Brothers Brewing. The deal is expected to close in the second quarter of 2011 and does not include Goose Island’s two brewpubs which are expected to remain in operation.

According to Craft Business Daily: 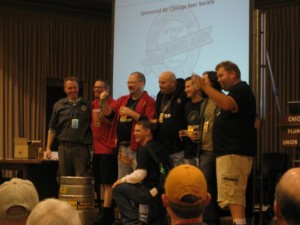 “The new structure will preserve the qualities that make Goose Island’s beers unique, strictly maintain our recipes and brewing processes,” said John. “We had several options, but we decided to go with AnheuserBusch because it was the best. The transaction is good for our stakeholders, employees and customers.”

How will this affect Widmer and the CBA shareholders? Will Widmer, Redhook, and Kona – the three other CBA brands – go the same route? Is this what we can expect to see more of as craft beer goes more mainstream? How will this impact the attitudes of craft beer consumer’s attitude toward globalization and multinationalism? Can you really believe that Goose Island is InBev (Belgian) owned? This is a huge step for InBev, who have until now only dabbled around the cusp of craft beer with Bass, Stella, Hoegaarden, Leffe, and the reshaped and half-hearted efforts to lure on the fence craft enthusiasts with the likes of Michelob Amber Bock etc. Goose Island is a legitimate player in the craft beer game, respected and admired by many craft brew purists. So, this move is a gateway to a new phase in an ever-conglomerating landscape.