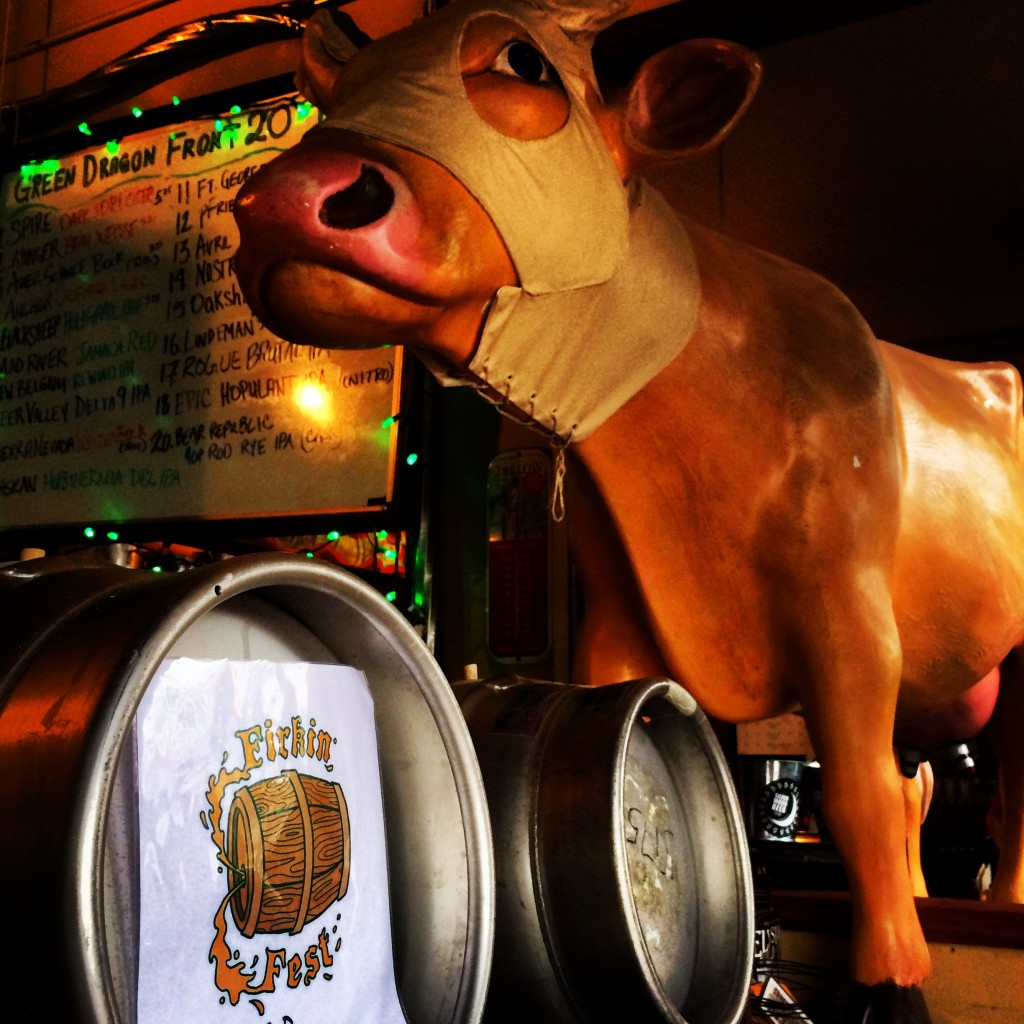 The 8th Annual Firkin Fest returns to Portland’s Green Dragon for an afternoon of sampling a variety of styles of beers all from the firkin. Taking place on Saturday, February 21st, Firkin Fest will have one session from from 11:00am to 6:00pm.

Firkin Fest will feature a bevy of local breweries each presenting a beer of their choice prepared in a traditional English cask, or firkin. Unlike most draft beers, firkin beers are unpasteurized, unfiltered, naturally carbonated in the cask and served at cellar temperature of approximately 55 degrees. 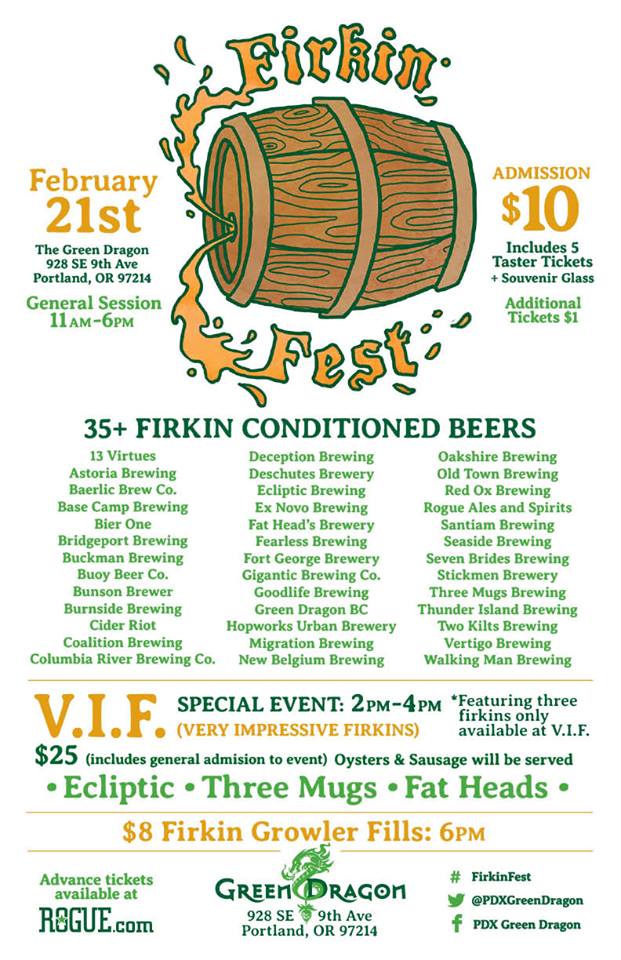 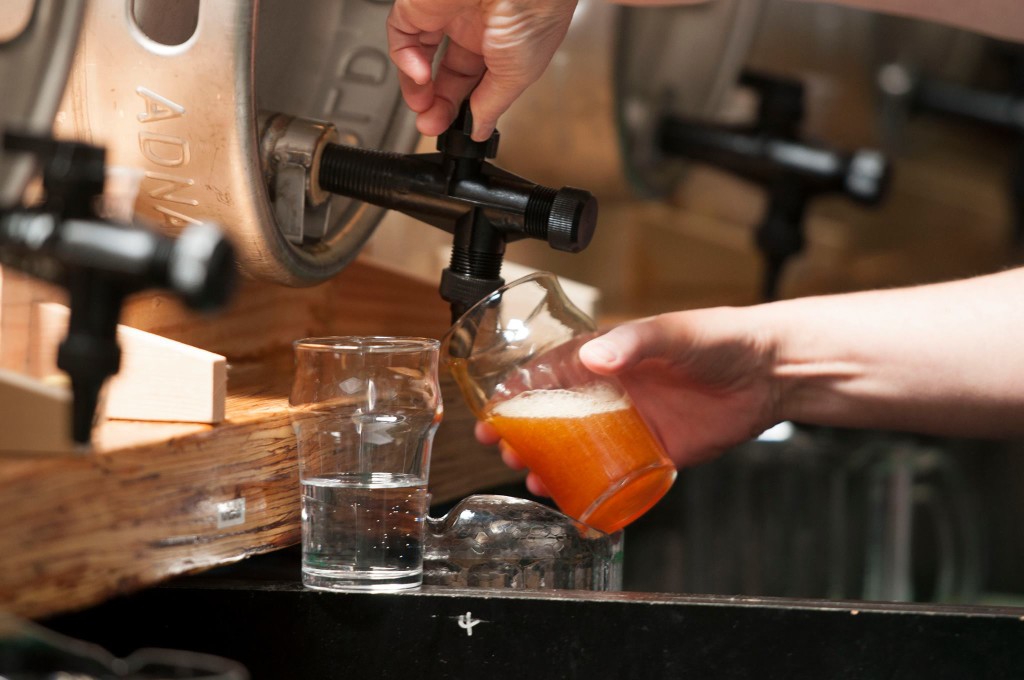 Tickets are available now at  www.Rogue.com and if they do not sell out in advance will be available at the door. There are two ticket options, General Admission and VIF.

General Admission tickets are only $10.00. This entry includes 5 taster tickets and souvenir taster glass. The other entry option is the VIF (Very Impressive Firkin). Tickets for VIF are $25.00 and includes general admission and access to 3 special firkin tastings introduced by the brewers. Held from 2:00 to 4:00pm in The Barrel Room adjacent to Buckman Botanical Brewery, will feature Ecliptic, Three Mugs, and Fat Heads. These three breweries are each bringing a firkin that will only be available at VIF. The brewers will be on hand to introduce their firkins and meet attendees.

Best of all, proceeds from the 8th Annual Firkin Fest benefit the Buckman Elementary School Arts Program. This makes coming out to Green Dragon on Saturday all that much more meaningful.