Fans of cask ale can rejoice, the Green Dragon will once again host their now 7th Annual Firkin Fest taking place on Saturday, March 1st. The 7th Annual Firkin Fest, hosted by Rogue Ales & Spirits, will feature many, great local breweries each presenting a beer of their choice prepared in a traditional English cask, also known as a firkin.

What makes firkin beers different from regular draft beer is that they are unpasteurized, unfiltered, naturally carbonated in the cask and served at cellar temperature of approximately 55 degrees.

The event will be held in two, three hour sessions in addition to the VIF session.

Admission to Session 1 or 2 is $10 and includes 5 taster tickets. The VIF Session (Very Impressive Firkin) is held from 2pm to 4pm in The Barrel Room adjacent to Buckman Botanical Brewery. VIF will feature Columbia River, Gigantic and Buckman, who are each bringing a firkin that will only be available at VIF. The brewers will be on hand to introduce their firkins and meet attendees. Tickets for this special session are $25 and include admission to Session 2. 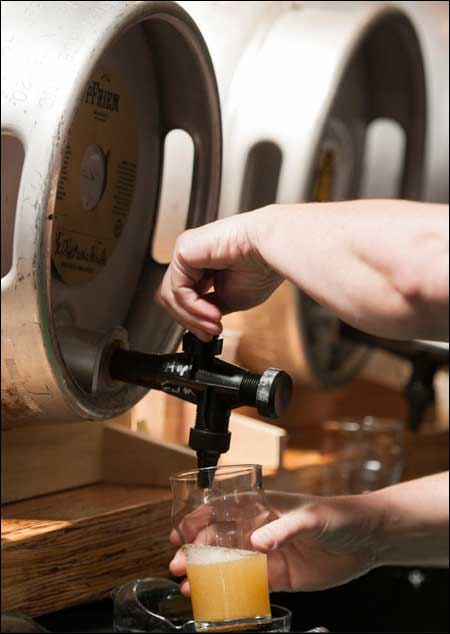 Advance tickets are available at www.rogue.com. Tickets available at the door on first come first served basis the day of the event. Proceeds from the 7th Annual Firkin Fest benefit the Buckman Elementary School Arts Program.