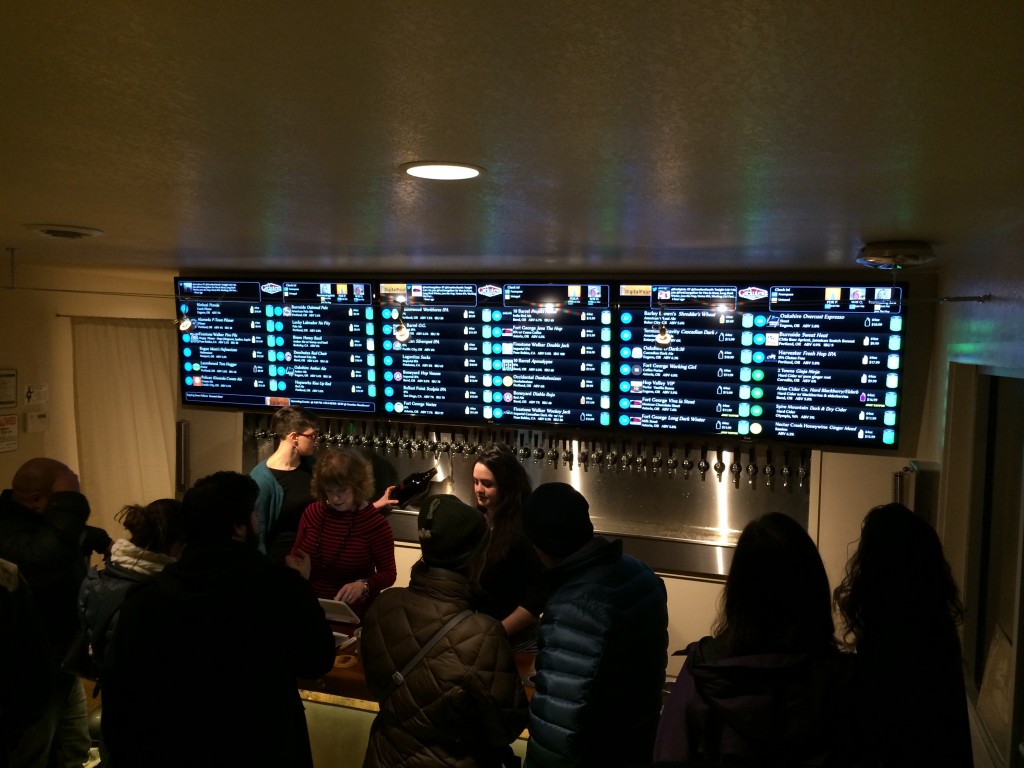 Last night Growlers Hawthorne held their Grand Opening to a packed house. Many of those in attendance were tasting free samples from any of the 40 taps. This made it a bit easier to decide which beer to take back home to drink (we opted for the Fort George Long Dark Winter Milk Stout).

Growlers Hawthorne officially opened its doors this past weekend but last night was their official Grand Opening celebration with a Meet the Brewer night featuring Astoria’s Fort George Brewery. And if you missed out on the samples that Fort George’s Tim Ensign was pouring last night there are additional tastings planned for the rest of the week. 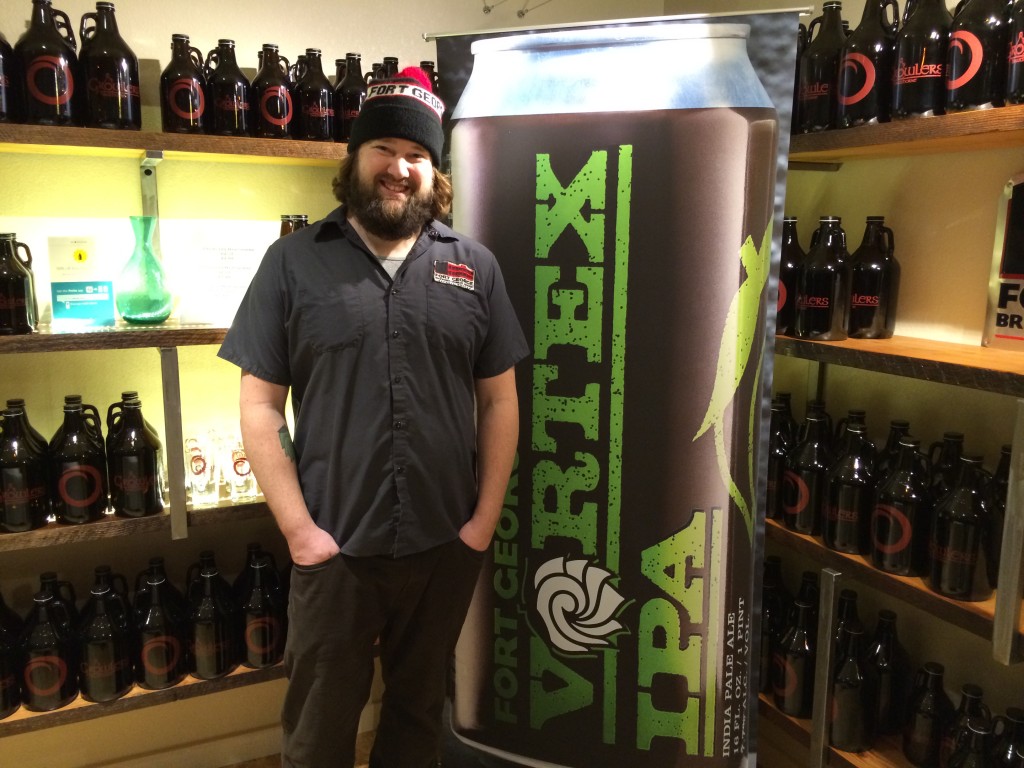 Ever since Governor Kitzhaber signed “The Growler Bill” into legislation this past April, growler fill stations have appeared all over the Portland area, from mini marts and grocery stores to pizza joints and specialty tap houses. But what makes Growlers Hawthorne unique is that they’re the first dedicated, single purpose growler fill station in Portland. Apart from sample tastings, the store offers no on-premise consumption, instead focusing solely on the growler experience. “We are unique in our single-minded mission,” explained co-owner Lucy Park.  “We are providing a dedicated place where fresh craft beer is sold in a distinctive package at a competitive price in an environmentally friendly way.”

Growlers Hawthorne will offer 40 rotating taps in addition to eight taps of kombucha and other non-alcoholic beverages from a separate kegerator. At least 10 percent of the 40 taps will be devoted to other craft specialties including braggot. Gluten-free options will be available with gluten free beer, cider and mead. 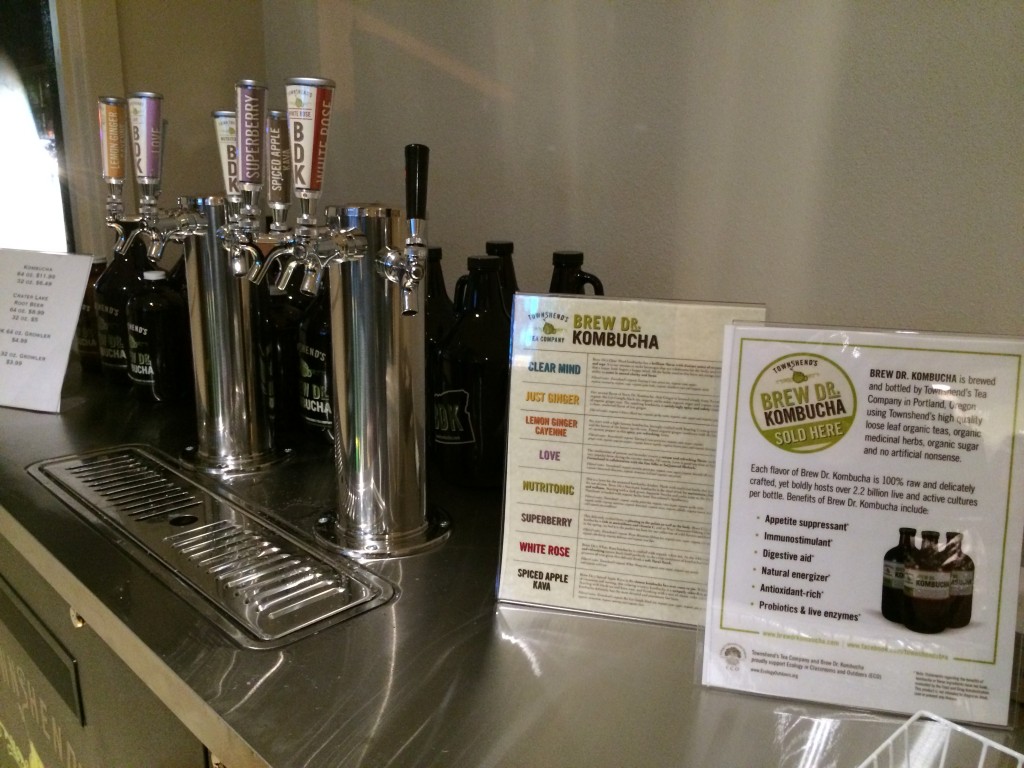 “Our goal is selection and service,” said Park. “We want our customers to be comfortable trying new products while offering the greatest variety of fresh craft beer to go.” And to ensure a fresher beer, they’ll shoot CO2 into the empty growler prior to filling the container with a sanitized hose from the bottom up. This will keep the beer from oxidizing as rapidly.

The tap menu system, provided by local company DigitalPour, is made up of three 55” screens that will list the brewery, beer name, beer style, location, IBU, ABV and price. In addition, the display will indicate the product’s color and the level of beer remaining in each keg. The tap list will be updated in real time and will feed directly to the company’s social media and website. 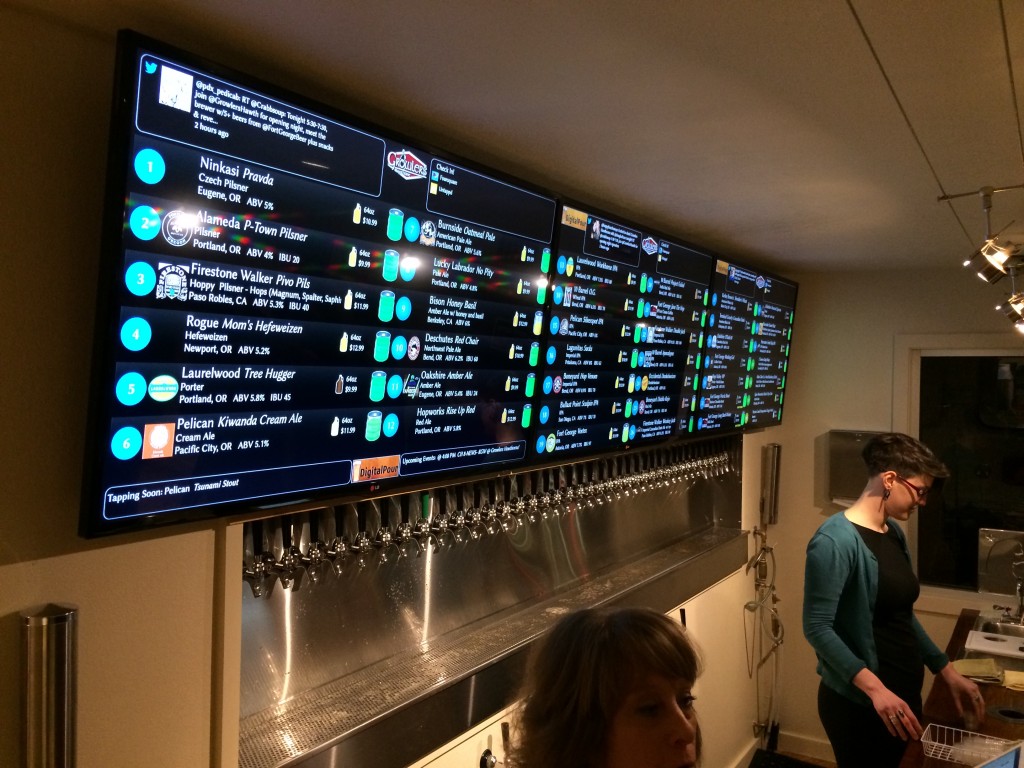 If you missed last night’s grand opening there are more events to take in. The rest of the weeks events include weeknight tastings scheduled from 5:30 to 7:30pm consisting of:

The grand opening week will conclude on Saturday, February 8th with an all-ages party from 3:30 to 6:30pm featuring beer and root beer from Pelican Pub & Brewery and cheese pairings and ice cream floats from Tillamook. Pelican head brewer Darron Welch and his family will join in the celebration. 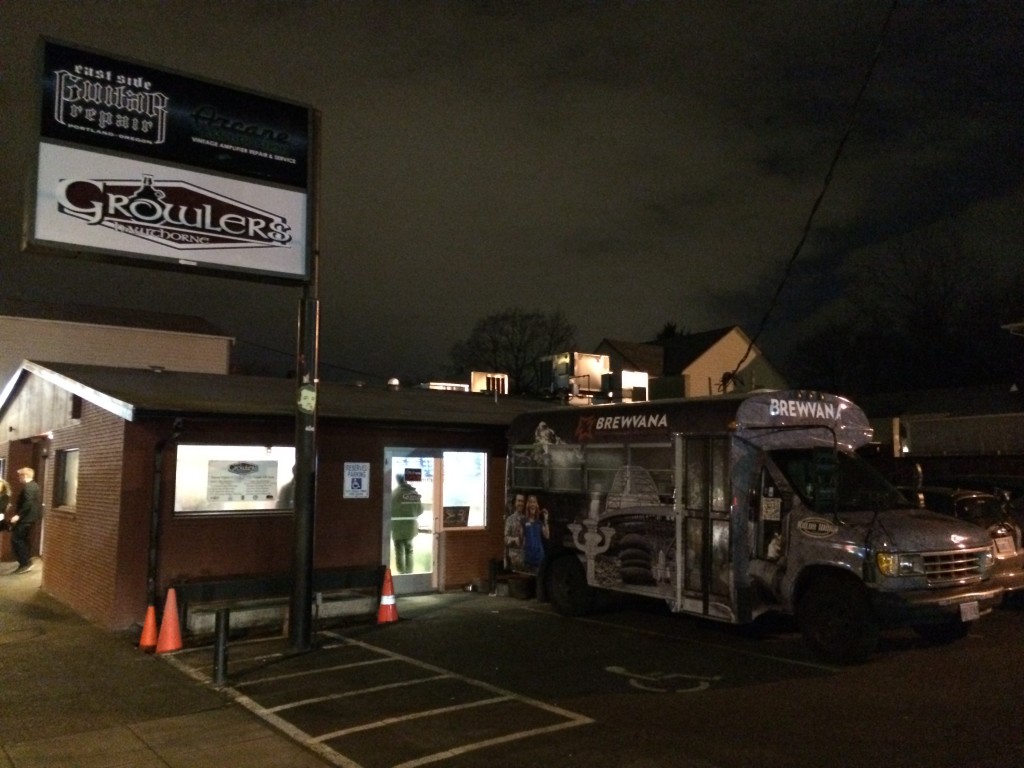 Growlers Hawthorne is open daily from Noon to 8pm. The business is dog friendly, with water bowls and bolts for securing leashes; bike friendly with bike racks and a bike lane running through the store; and kid friendly, with minors welcome when accompanied by an adult parent or guardian. And for those of you in cars Growlers Hawthorne offers up a small parking lot on the east side of the building.