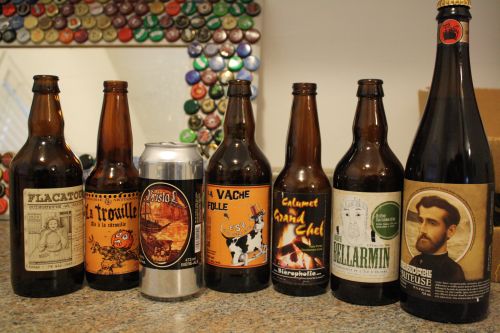 Boxing Day is a bank holiday celebrated in many predominantly Christian countries such as Scotland, England, Australia, Germany, and our neighbors to the north in Canada. Though not an officially recognized holiday in the United States, many people in the northern part of the country celebrate this day after Christmas in the tradition of giving gifts to those less fortunate.

Our friend and Quebecer Brewpublican Marc Demeule has given us new meaning to this special day. Earlier this year, Marc visited Portland and like one particular bearded old man from the north, brought with him a bounty of gifts right up our alley. A box of wonderfully assorted craft beer from his homeland brought warmth to our winter holiday season. Honestly, is there anything like handsomely labeled, delicious out-of-market beer for the holidays? 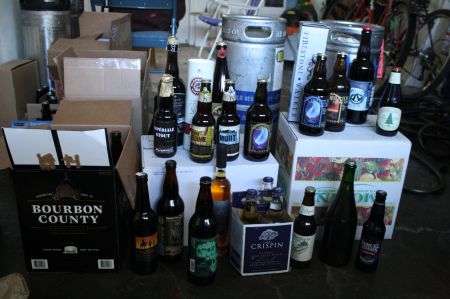 Here’s a look at some of our favorite brews that Marc delivered to us that served up perfectly for these chilly times.

Le Trou du Diable Buteuse: This spectacular brewery from Shawinigan, Quebec produces some of Canada’s finest ales. The Buteuse is the abbey trippel. At 10% ABV, the alcohol is well masked with lots of fruity notes akin to pineapple and pear. Bubbly, amber bodied, and dry, this delicious beer is one of the best Canadian beers we’ve had the luxury of enjoying. Tres bien! 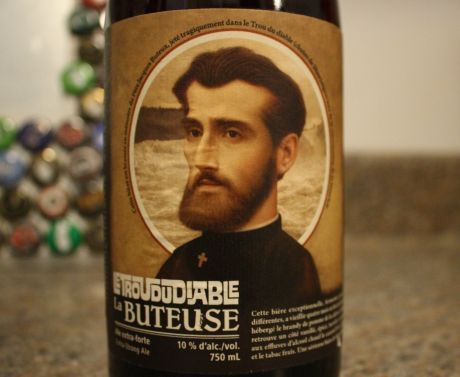 Charlevoix Flacatoune:  This beer is not trying to over impress but it is well built and spectacularly balanced.With a big white head and a light golden bodied spiciness, this blonde ale offers flares of both woodiness and hoppiness and a snap of cereal grains with a pleasant grassy hop finish. Fresh fruitiness with a world of soft complexity. I would really love to see a beer like this pouring regularly around town. 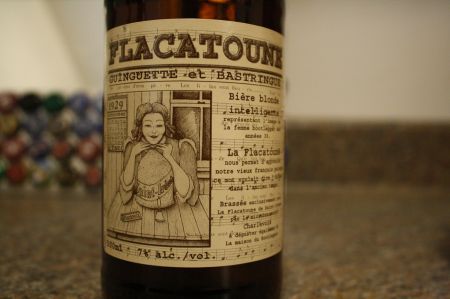 Charlevoix Vache Folle ESB: Extra Special Bitters may not be in vogue these days, but a well-built bitter is unlike anything else. A nice nutty brownish amber pour with thick off-white, lasting head caps a wold of bitter sweet aromas, a touch of herbal hops and caramel sweetness. La Folle ESB is both creamy and resinous; everything fans of the style could hope for. In a land where hops don’t abound as they do here, the creative brewers at Charlevoix finds a way to be both resourceful and creative. Artist Denis Reid is the man behind this brewery’s spectacular labels. 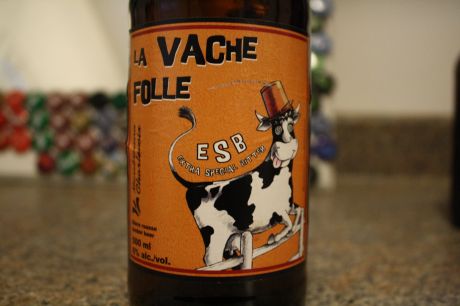 Bristol Beer Factory BrunAle: Here’s a beer that further exhibits using low hops to the best of one’s ability. A wonderful session-worthy brown ale with a world of nuttiness. It’s the kind of dry, cake-like, softly fruity brew that you wish you could go back for again and again. The fact that it comes in 16 ounce, er.. 473 ml cans makes it pleasing for those of us who appreciate a craft brew in a can. At just 4.8% ABV, it won’t ruin you. Excellente! 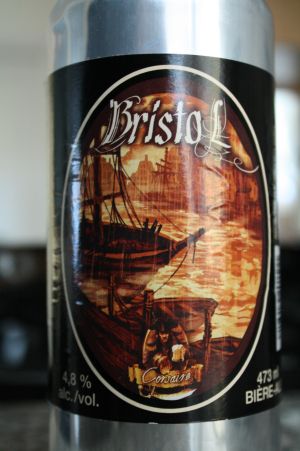 Orléans Joseph Bellarmin: This imperial India Pale Ale from Microbrasserie d’Orléans/Pub Le Mitan is a bold autumn seasonal with a light citrus presence and some key floral notes to support a boisterously maltilicious underpinning. A warm upfront alcohol presence is likely designed to cut through the Northeast’s chillier months. An amalgumation of English and Northwest IPA styles, and not the best DIPA ever, but quite good, and the handsome artwork is rather luring. 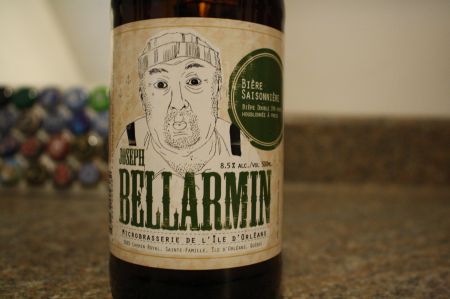 À l’Abri de la Tempête Terre Ferme: Here’s a beer from one of Canada’s most obscure breweries. Brewed on the small island off Quebec’s eastern coast, this brewery uses all organic and sustainable practices to produce a line-up of phenomenal malt-driven brews. Terre Ferme adds exceptional (for the region) bitterness as well as vegetal notes that come across like a mild ginger. If you ever have the chance to try one of À l’Abri de la Tempête’s excellent beers, get on it. 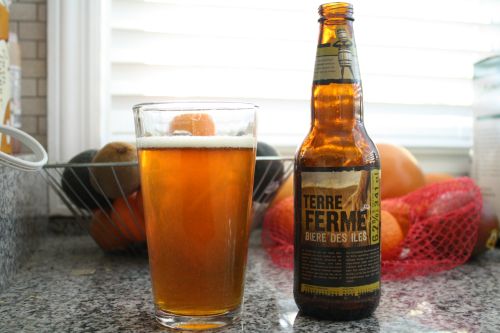 Bièropholie Calumet Grand Chef:  This now defunct smoked beer is one that might have been mentioned in Brewpublic’s “Smoke and Beer” series. Smoke owns the character of this deep, chewy nectar. Lots of molasses, coffee, toffee, and chocolate notes linger underneath the smoldering malt mayhem. Some say this one is the Lagavulin of beer and as it warms, more in-your-face flavor reveals itself. Not much to look at, this beer has little head to it. The dull dark brown core emits an essence that recalls week long camping trip with a lot of time by the old fire. Some mild lactic hints far off in the distance that gives it some semblance of balance, if not cheesiness. This beer was built to pair with sharp cheddar and salty crackers. All features of this beer bows down to the smoke. What a brew! Tres bien! 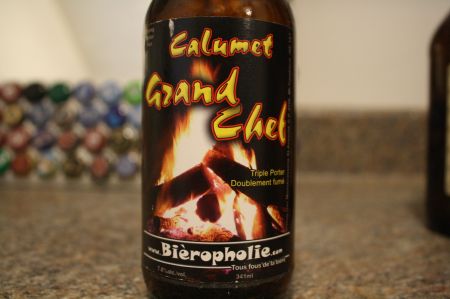 So, there you have it…a few of the finest beers from Northeastern Canada. We still have more left in our big box. Thank you Marc for sharing with us, and come back to the Pacific Northwest soon. Joyeux Noel et endemain de Noël!