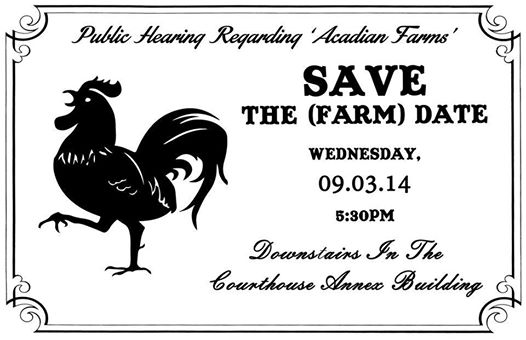 Acadian Farms & Brewery is in need of some assistance from all of us to help keep their doors open in scenic Carson, Washington. This past May during and event at the small brewery and farm, a few select neighbors had an issue with some traffic issues near their rural location. This has now escalated enough where they will now have to go before a Hearing Examiner in Stevenson, WA to decide their fate on September 3rd.

Here are more details from the brewery letting us know how we can help out.

“As some of you may know, we have been fighting to keep our doors open since May. We had a few complaints due to a traffic issue that has escalated and will ultimately come down to a public hearing next Wednesday. We have been working closely with the county and are now in compliance, but we still have to go before a Hearing Examiner and she will make the decision of whether or not we will be allowed to stay open.

If you can, we’d appreciate your support next Wednesday, September 3rd at 5:30 PM. The Public Hearing will take place downstairs at the Courthouse Annex Building- 170 NW Vancouver Avenue, Stevenson, Washington 98648.

Thank you to everyone who has supported us over the last 5 years, it truly means so much us. We couldn’t do what we do without your encouragement and inspiration. #savethefarm”

If you cannot make it out to Stevenson to show your support for Acadia Farms & Brewery at their public hearing, you can also send emails to voice your concern to Debbie Cazare at cazare@co.skamania.wa.us, just be cordial in your writing.