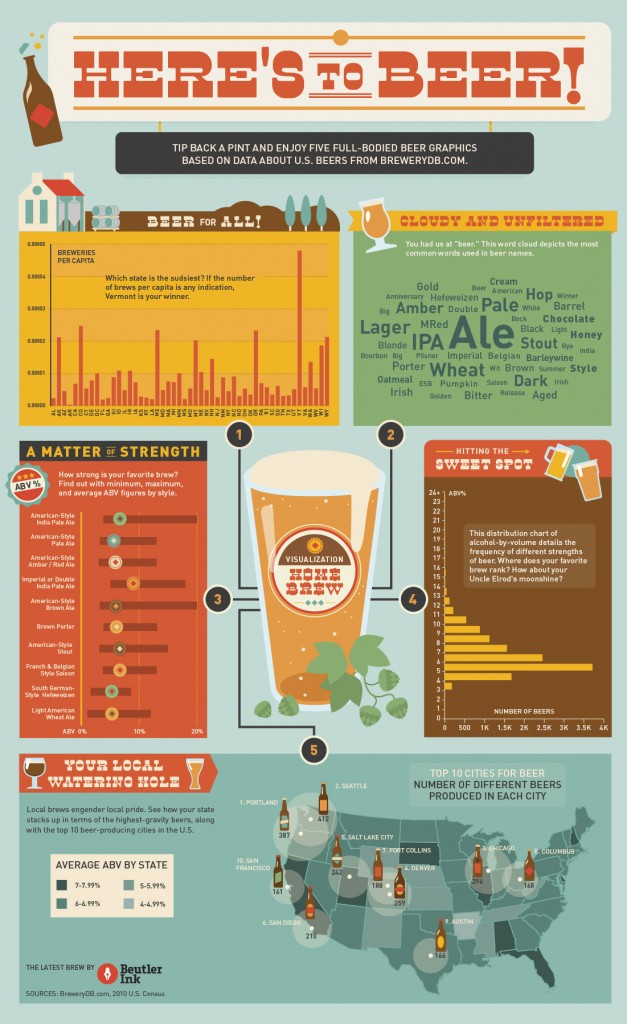 Here’s another nice infographic entitled “Here’s To Beer!” from our friends at Beutler Ink. The info is based on BreweryBD’s latest data on the state of craft beer in the United States.

BreweryDB is a database of breweries, beers, beer events and guilds. Their service is based on only the facts. And BreweryDB’s facts show that Portland, Oregon ranks #1 in the United States for having the highest-gravity beers.

A larger resolution of this infographic can be found here. Enjoy!