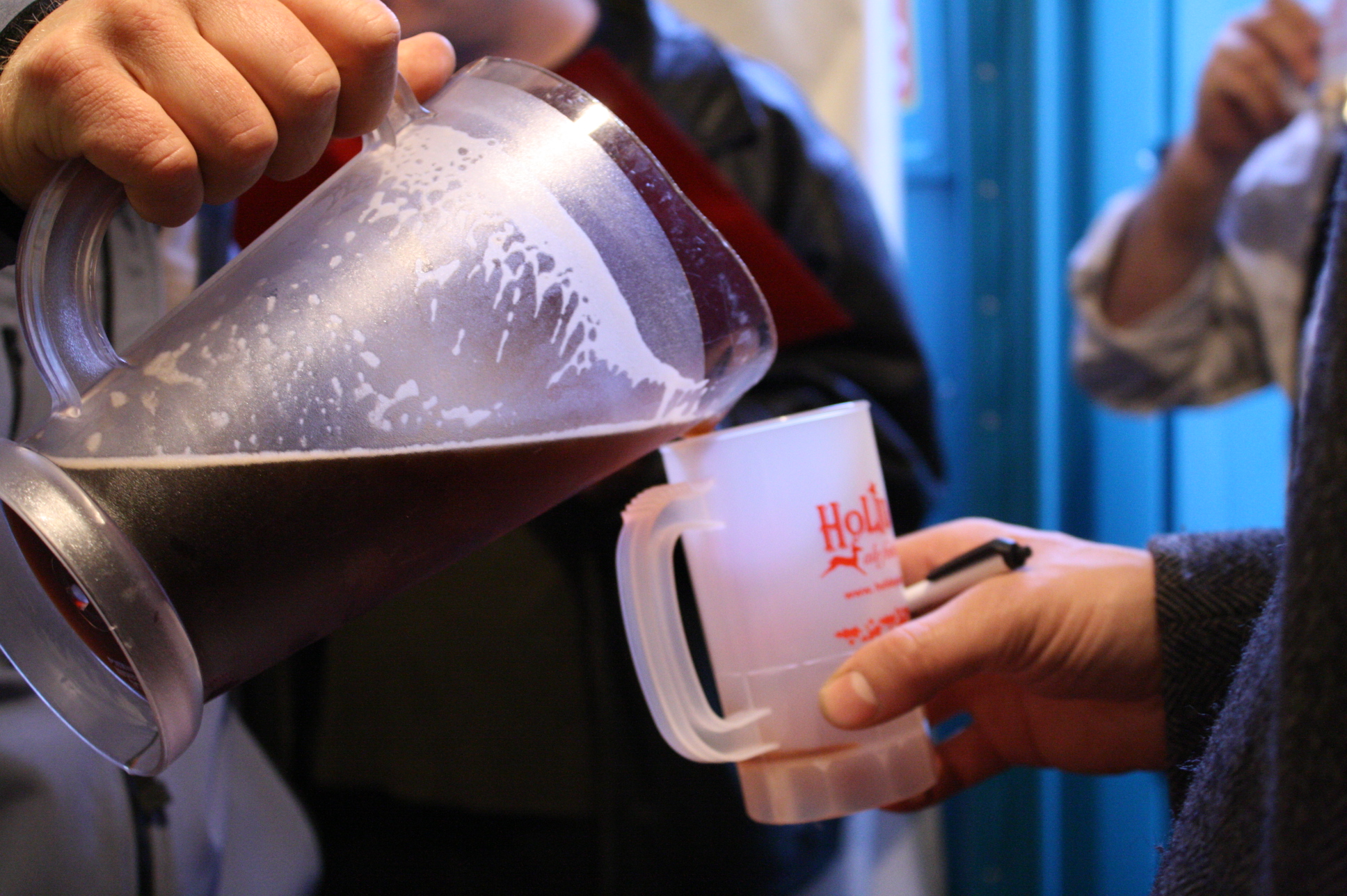 At the 2008 Holiday Ale Festival, an additional day was added to accommodate the anticipated excessive crowds of people eager to partake in the liquid feat that the storied event had to offer.  This year some fifty or so beers are expected to be poured in the largest venue yet.  The Pioneer Court House Square‘s tented arena has expanded to facilitate additional rare Wednesday and Thursday tappings.  Eight rare kegs were tapped on the first ever Wednesday session of the event, including a three year vertical of the Hair of the Dog Jim K Holiday blend.  The 2008 version is an amalgam of Adam from the Wood aged four months in wet Elija Craig bourbon barrels; Fred from the Wood aged in new American oak casks; Blue Dot IPA for a hoppy character; and the Doggie Claws Barleywine as well as 2003’s Samichlaus lager and 2007 Chimay Grand Reserve.  Hoo!

This year’s buzz beers could very well include the Firestone Walker Velvet Merkin rich oatmeal stout aged in Bourbon barrels mixed with the original batch.  Hard to find outside of the California beer scene, this delicious blend was a 2008 GABF silver medal winner. This is easy to see why. 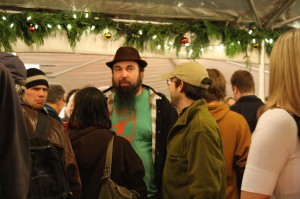 Cascade’s Drie Zwarte Pieten “Sang Noir” aka “Black Blood” is a sour double red with especially tart and tanninous features that soak up the Pinot Noir  and Whiskey qualities from the barrels it draws from.  Fresh Bing Blood cherries  were added to the final blend to provide this fest-only beer with a special enticement.

Other oldie but goodies were unveiled including a 2007 Firestone Walker Saucer Full of Secrets, Deschutes 2005 Mirror Mirror Barleywine that only seems to get better with age, as well as the florally dank 2007 Eel River Climax Noel imperial doppelbock that ravished the palate with complex fruity, malt-driven notes.  A funkilicious North Coast Old Stock barley pouring up to the back was a hit to folks willing to endure treacherously long lines for its complex and intriguing character.  An especially noteworthy draft was the 2003 BridgePort Batch #11 Fred Eckhardt Old Knucklehead, that developed into a peachy old toaster.

A variety of other worthy and hardily crafted beers such as the Pelican Bad Santa Black IPA, the Pyramid Snow Cap(‘n Tennille dry-hopped Winter warmer with Sharffenberger cacao nibs), and the Astoria Brewing MacGregor Scotch Ale were well worth the moderately long lines. 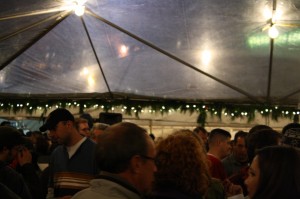 Perhaps the best part of the whole shabang is catching up with friends and loved ones and partaking in special beers that may never encounter your palate again.  Preston Weesner, the event coordinator, has once again done an exceptional job in making this festival a huge success, and has already laid the groundwork for future festivals that will undoubtedly be just as amazing.