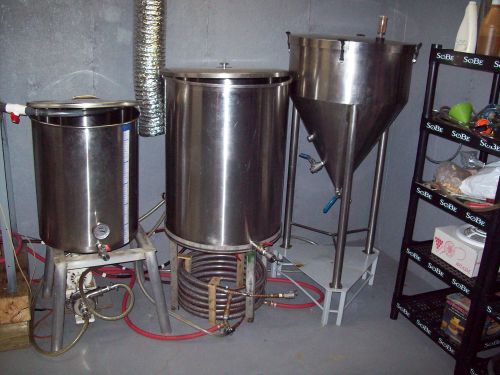 All the professional brewers I know have a common point. They started their brewing career at home. Homebrewing lets you create your own recipes and experiment unexpected beers with ingredients like oysters, peanut butter, Mountain Dew and sugar-beets. Those were in four different recipes, rest assured.

Basically, all the brewing systems are built in the same way. It can be simple like those described in Charlie Papazian’s book, The Complete Joy of Home Brewing, or slightly more elaborated like the projects presented in Brew Your Own magazine. Nevertheless, what is important is the beer you can get out of it and the fun you can have while in the process. 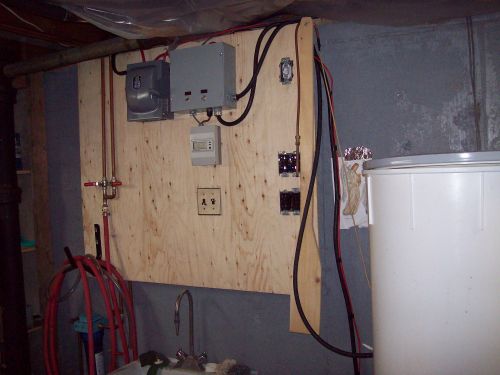 This post it dedicated to very patient guys. It took three years to build up this home brewery project. Everybody was… let’s say smiling when they were talking about this imaginary brewery. It is coming, one day, you will see. We are working on it… 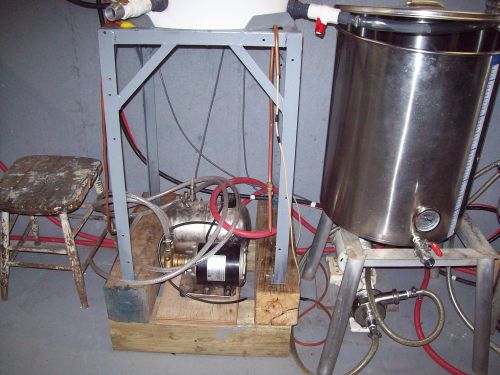 They got deals and found all the components of this 100 litre (26,41 gallons) system piece by piece. Now, everything is assembled and we are quite jealous because they have easy access to water and don’t have to wear a winter coat to brew at -10°C in the garage like we did a few weeks ago.

A pale ale, an ESB and a stout have been brewed since the inauguration. We can expect a kegerator with taps for our next visit.