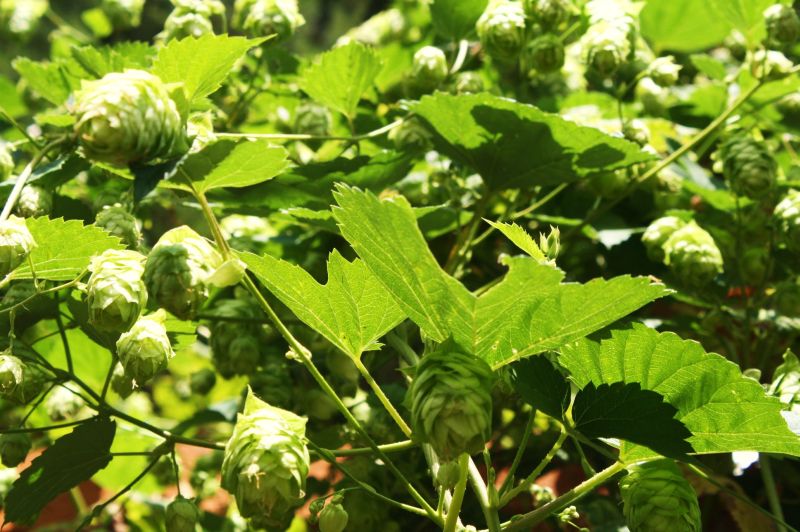 It’s approaching that time of year once again when hops are ready for harvest. This year, our five varietals have all grown really well. The wet spring and late arrival of summer benefited the initial growth of our crop though we noticed some mildew on the leaves this year. Aphids, a perennial issue with hop growing, were especially prominent early on, but we noticed less spider mites hanging out on the tops of the bines than we did last year. This is our third year with these rhizomes and it seems they are doing quite well. 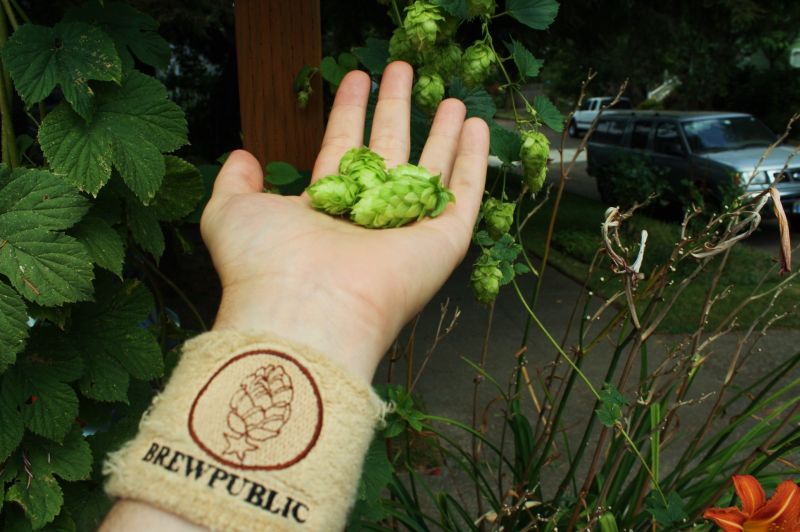 The Cascades and Centennials are doing exceptionally good this year and the Goldings, Nuggets, and Willamettes are beginning to bud nicely as well. Looking ahead to the weekend, the Willamette Valley can expect the hottest days of the year so far. Reports have Portland reaching the mid to high 90s on Saturday and Sunday, which is good news for the hops. Just make certain to give them plenty of water. 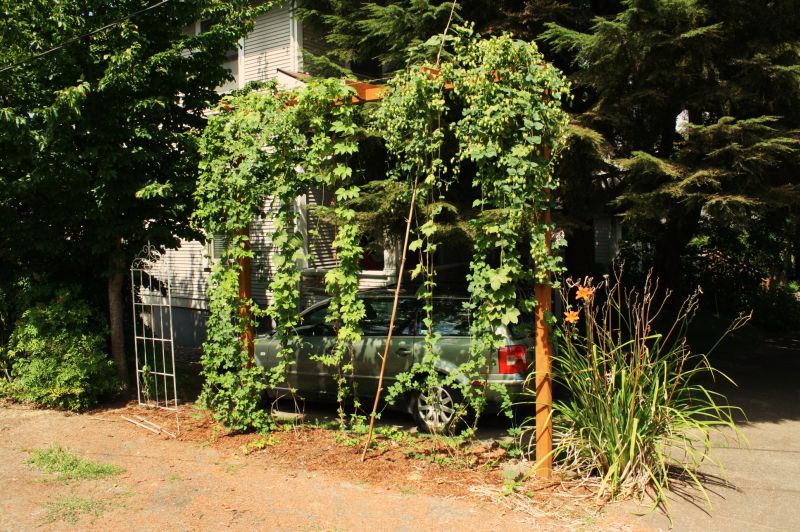 Growing hops does require a little work in order to ward off mildew, pests, and snags, but in the end, a well maintained hops trellis can be very rewarding and may yield a lot of resinous and spicy cones used for beer and tea brewing. 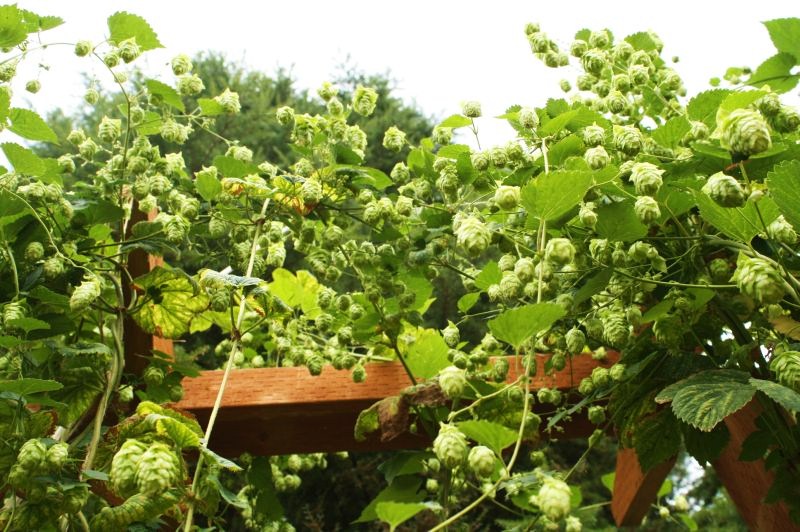