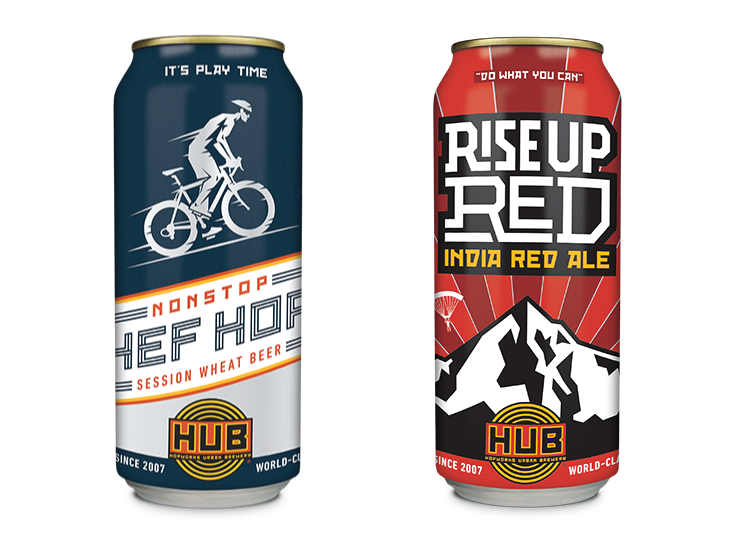 There are a few new beers and the return of a Spring favorite that are coming from Hopworks Urban Brewery. HUB is set to release Nonstop Hef Hop, Rise Up Red IRA and a new collaboration beer, Potato Gun IPA, brewed with Boise, ID based Payette Brewing.Hopworks and Payette joined forces at Payette’s brewery in Boise to bring us a beer that combines elements from both cities. Potato Gun IPA is described as an Idaho Potato Ale. So are you scratching your head on that description? Well Potato Gun IPA was brewed with over fifty pounds of organic, Idaho purple potatoes along with Amarillo, Crystal, and Zeus hops. 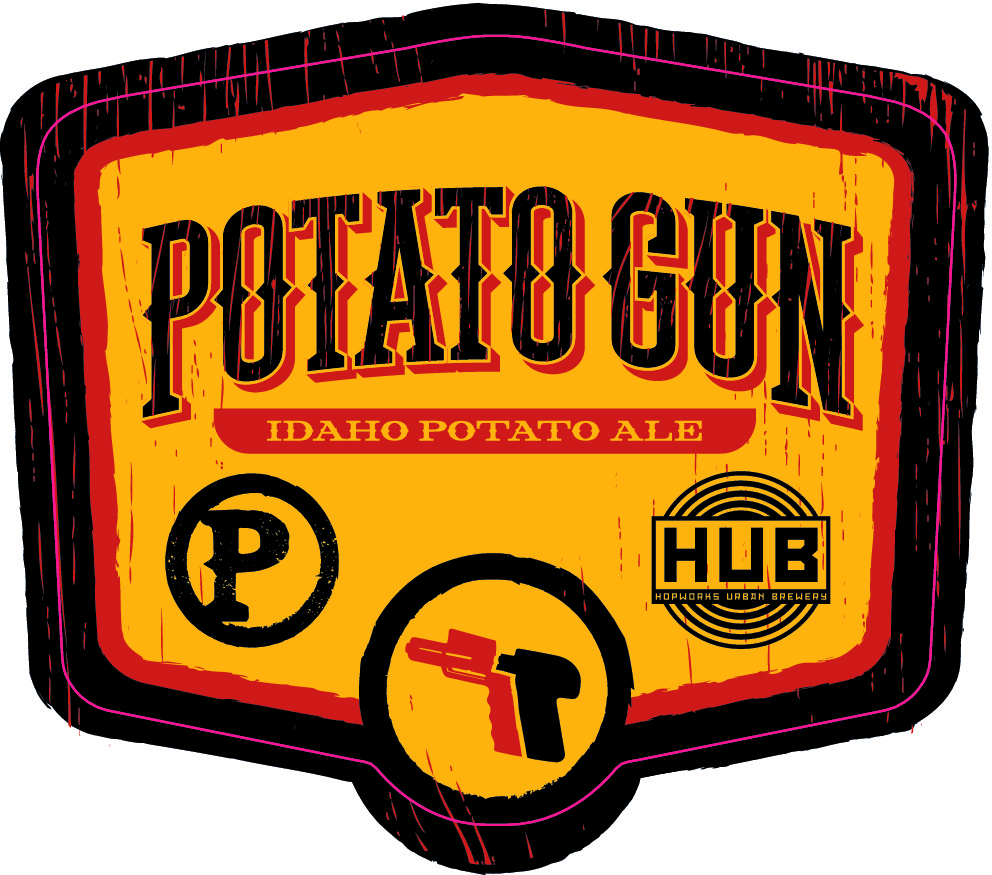 Potato Gun IPA will be released for the first time in Oregon on Wednesday, February 18 at both Hopworks Urban Brewery and Hopworks BikeBar. Purple Potato Fry specials will be served at the Hopworks brew pub on Powell to complement the beer.Then on Thursday, February 19, from 6:00 to 9:00pm, Potato Gun IPA will be released at The Civic Taproom on Portland’s Westside. The night will feature beer from both Hopworks and Payette, a potato gun shooting range, swag giveaways and Boise Fry Company will have free Purple Potato Fry samples.

Hopworks is also bring us another brand new beer, Nonstop Hef Hop, which will be packaged in an innovative series of 16 oz. cans. This packaging is reminiscent of the Schmidt’s packaging of the late 1970’s that featured various outdoor themes and wildlife animals.

Nonstop Hef Hop is the newest year-round beer in Hopworks portfolio of beers. This low-alcohol, dry-hopped American-Style Wheat beer was created for drinkers who maintain active lifestyles. This is a true session style beer at only 3.9% ABV and has the feel of a NW Pale Ale in body and flavor, but without the extra weight and alcohol. Nonstop Hef Hop is brewed with a variety of organic NW hops, organic malted barley, and red spring wheat grown on the Hopworks estate farm on San Juan Island. 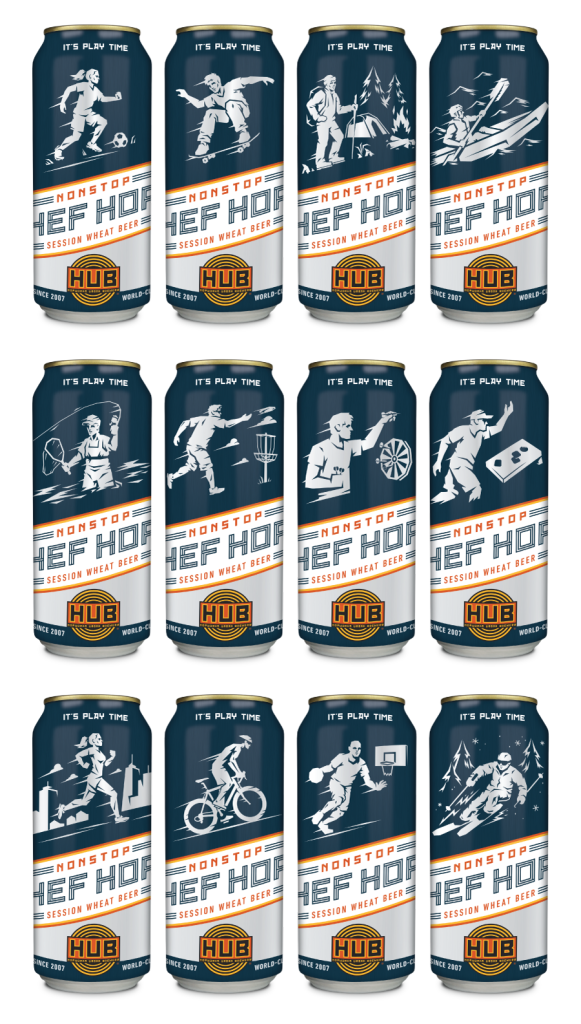 The best part of this new year-round release is that Hopworks adopted a playful and innovative approach to the artwork on Nonstop Hef Hop cans. HUB packaged it in twelve different 16 oz. cans, each showcasing different NW Activities. Each 4-pack will feature a random assortment of designs including: bicycling, camping, running, kayaking, soccer, basketball, darts, corn hole, skateboarding, disc golf, skiing, and fishing. Sounds like a great way to add to the ole’ beer can collection.Then for Hopworks spring seasonal, they bring us the return of Rise Up Red IRA available in 22 oz. bottles, 16 oz. cans and on draft throughout the Pacific Northwest. Rise Up Red IRA is one of the first beers brewed at Hopworks, it won a gold medal at the 2009 Great American Beer Festival and has remained a cult classic for years in the Pacific Northwest. The seasonal offering is an India Red Ale mahogany in color, smooth, made with certified organic barley and packed to the rafters with organic kettle hops. The beer is then dry-hopped with Salmon-Safe Certified hops at to punch up the aroma. 6.1% ABV, 65 IBU.Rise Up Red is part of the Hopworks NW Legends Series, which highlights histories and stories from the Pacific Northwest. The beer’s artwork prominently features Mt. Hood, Portland’s neighboring mountain, along with the hidden image of another NW legend. Following Organic Rise Up Red in Hopworks’ seasonal offerings is Pig War White IPA.