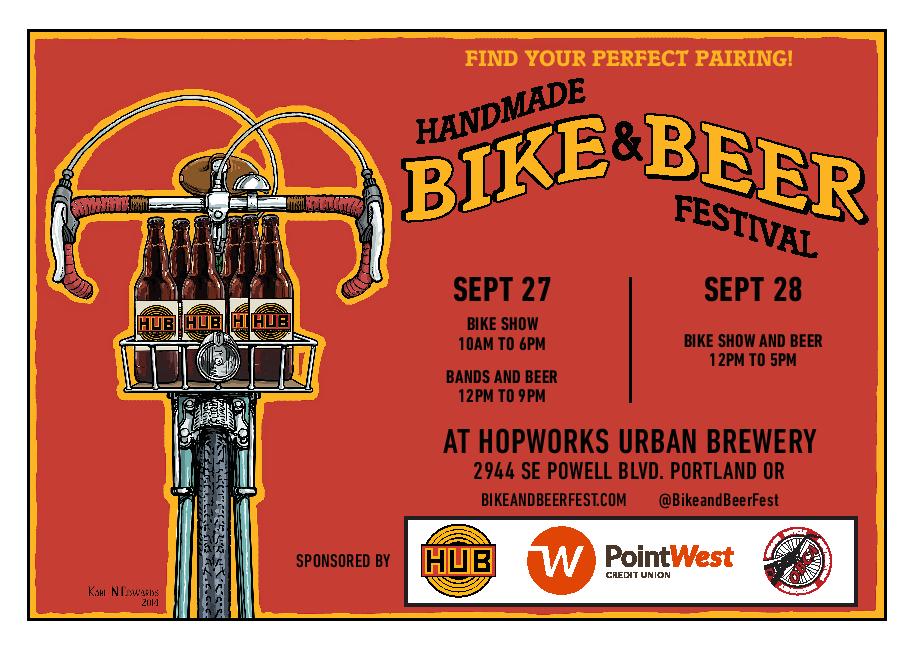 This year Hopworks Urban Brewery will once again be hosting their annual bikes and beer festival but will be doing so under a new name and an exciting new partner. The 2014 Handmade Bike & Beer Festival will take place over two days on September 27th and 28th.

Pushing the dates of their annual bike festival back to the end of September will allow for many more of HUB’s beers to be pouring, including our regions highly coveted fresh hop beers. This is definitely something we look forward to.

No word on if the annual “Huffy Toss” will continue on under the new festival. More details on this exciting new beer and bicycle event will be forthcoming.