Hop heads rejoice! (Yeah, we’ve penned that before, but this time it’s for certain). You see, International #IPADay returns on August 2, 2012 for a second year to ravage the taste buds of thirsty lupulin lovers. The idea was created by two social media junkies Ashley Routson aka The Beer Wench of Bison Brewing and Ryan Ross of Gordon of Karl Strauss Brewing.

The idea behind the event is to garner awareness and appreciation for one of craft beer’s most popular styles. According to CraftBeer.com, who is backing the concept for this event:

“This illustrious style represents the pinnacle of brewing innovation with its broad spectrum of diverse brands, subcategories, and regional flavor variations—making it the perfect style to galvanize craft beer’s social voice.

“At the 2012 World Beer Cup®, the most-entered category was the American-Style India Pale Ale with 150 entries. The second most entered was its close cousin, the Imperial India Pale Ale (93 entries). Its popularity and accessibility makes the IPA the most inclusive style for brewers, retailers and consumers to collectively celebrate.”

So get your favorite resinous, dank, sticky, citrusy, piny, floral IPA chilled, ’cause it’s gonna happen before you know it. Follow Ashley @TheBeerWench and Ryan @RyanARoss on Twitter for more details on this event and other craft brew tidbits. You can also find more information on the official International #IPADay website at IPADay.org. Here’s more on the history and concept behind #IPADay from CraftBeer.com: 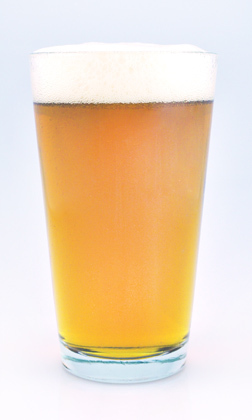 Last year, hundreds of craft breweries and bars joined forces to launch the first IPA Day. Events, tastings, dinners and other IPA Day celebrations were hosted all over the world. Roughly 10,000 tweets were sent over a 24-hour period using the official #IPADay hashtag—with thousands of tweets sent in the weeks leading up to and following the event. The official hashtag trended in six major U.S. metropolises, including New York, Chicago, San Diego, Portland, Seattle and Raleigh. Mentions of #IPADay spread across six continents—truly making it the most extensive craft beer celebration the world has experienced to date.

The goal is to make this year’s IPA Day even more viral. Getting involved is easy; the only requirements are an appreciation for great beer and the will to spread the word. Anyone can participate by enjoying an IPA with friends, making some noise online with the #IPADay hashtag, and showing the world that craft beer is more than a trend.

How to Participate in IPA Day