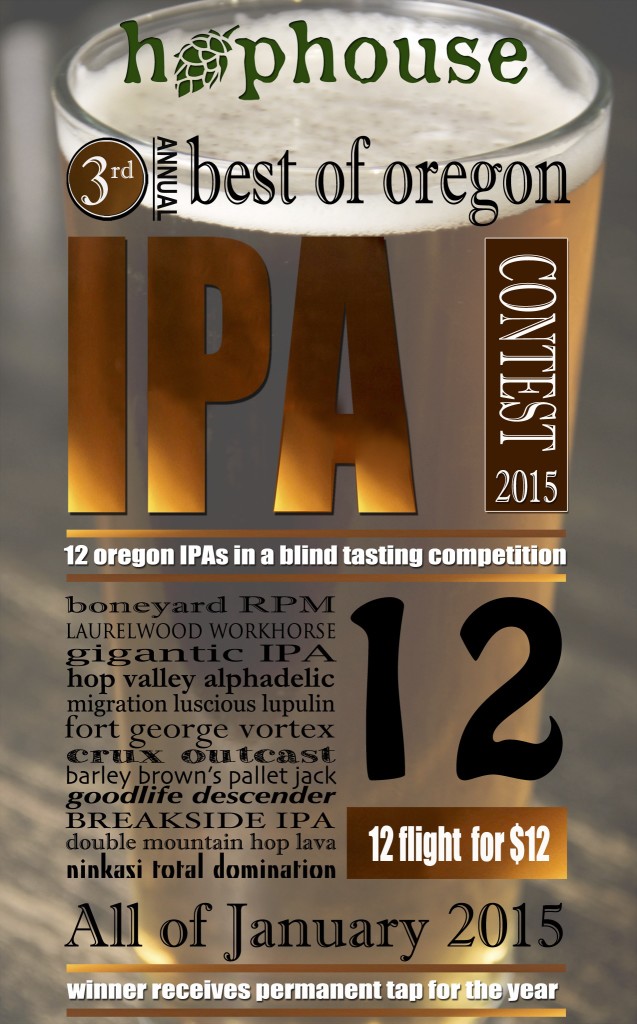 With the new year less than one day away, both the Hawthorne Hophouse and 15th Avenue Hophouse are ready to ring in the new year with their 3rd Annual IPA Month. Throughout the entire month of January, patrons will vote to determine “Oregon’s Top IPA”.

Hophouse has selected twelve of Oregon’s most popular IPAs that will be featured on tap. Then to vote one must order a flight of all 12 IPAs. The winners from the first two years were Boneyard RPM and Fort George’s Vortex.

To change things up, this year the Hophouse will be altering the format a bit to make it a “blind” tasting. The votes will only be collected if the voter drinks from an unmarked flight of Oregon’s 12 IPAs. We are curious to see which IPA dominates the polls based solely on taste! The 12-flight will be sold for only $12.

The list of IPAs in the running for Oregon’s best are:

So make sure to make your way to either of the Hophouse locations to get your fill of some great IPA’s from our beloved state of Oregon.