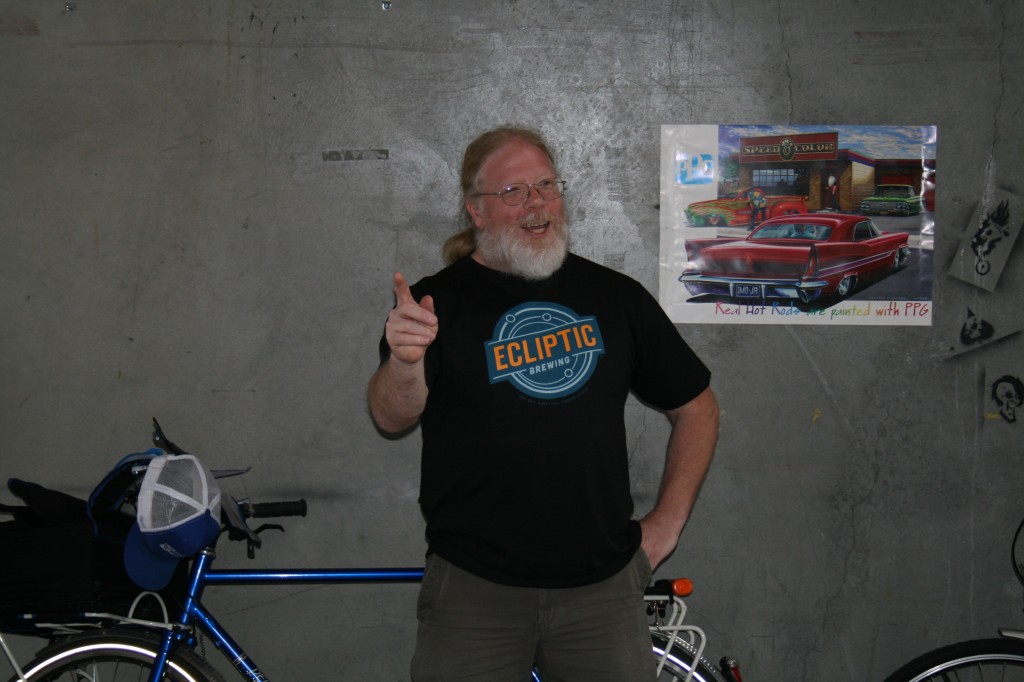 On Sunday afternoon legendary brewer John Harris unveiled the name of his new brewery, Ecliptic Brewing, to local media. This was followed by an open house for all to take a peak at. What we saw was one massive warehouse building, 14,175 square feet to be exact, that is now in need of a brewery, restaurant and bar. This in depth build out will take place over the next few months with an anticipated opening in the fall of this year. 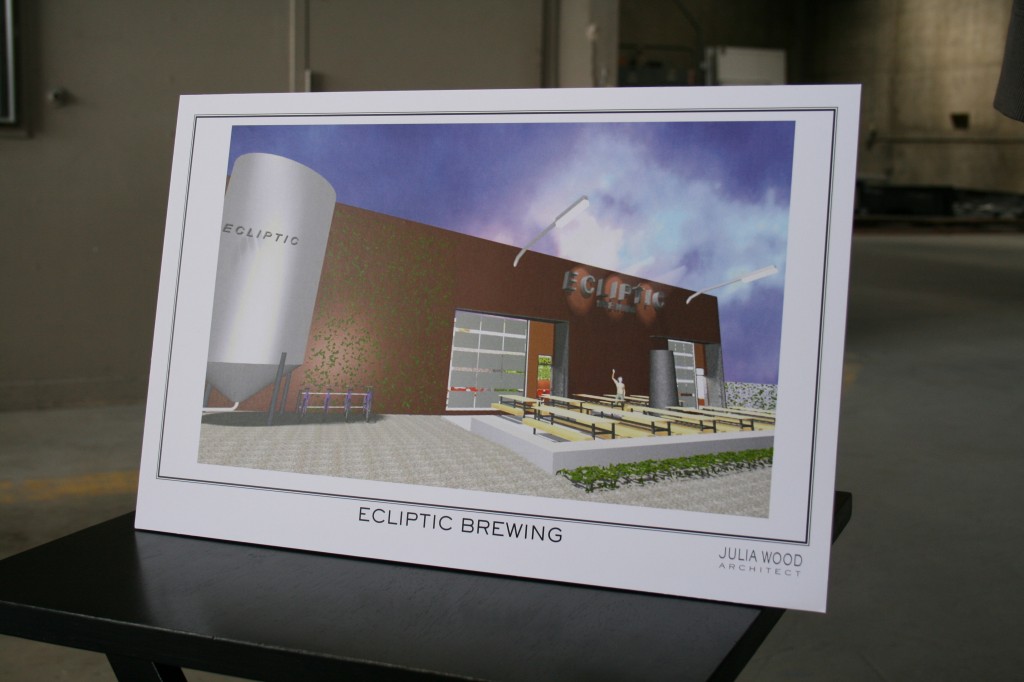 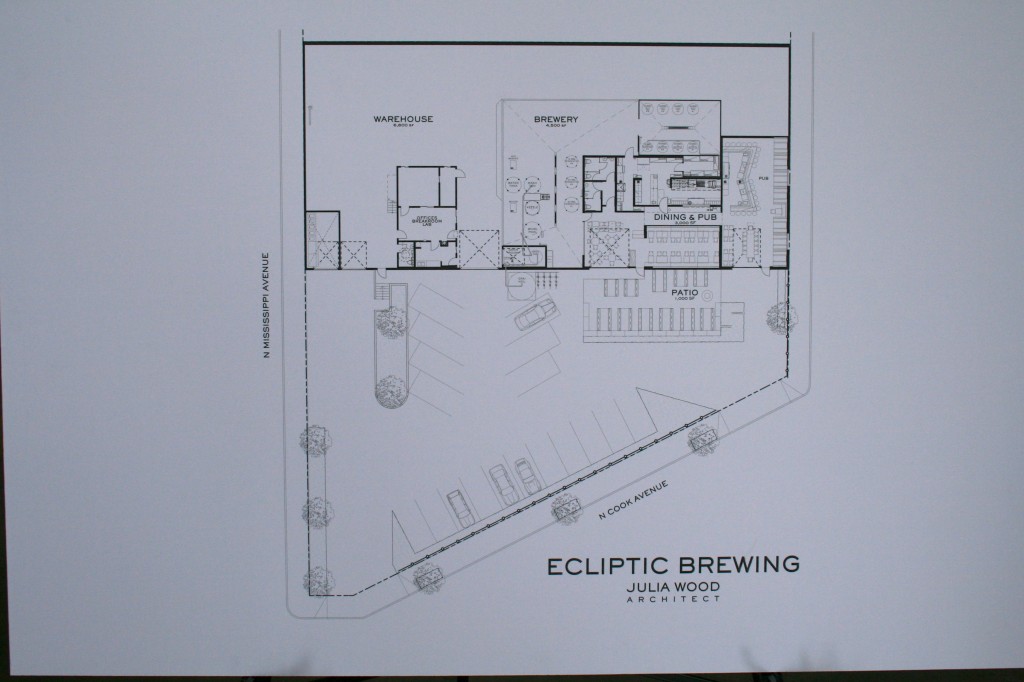 Since his departure last year from Full Sail Brewing John has been busy attracting investors and more importantly a location that will allow him the necessary space for a full on production brewery, restaurant and pub. With the assistance of his architect, Julia Wood, Harris found his perfect spot at 805 N. Cook Street on the southern edge of the Mississippi Neighborhood in Portland, Oregon. This warehouse that formerly housed an auto body shop is an ideal location for a brewery and restaurant. Just a short walk up Mississippi Avenue from Widmer Brothers Brewing it will make an excellent stop on a pub crawl to Amnesia Brewing or onto Lompoc Brewing. 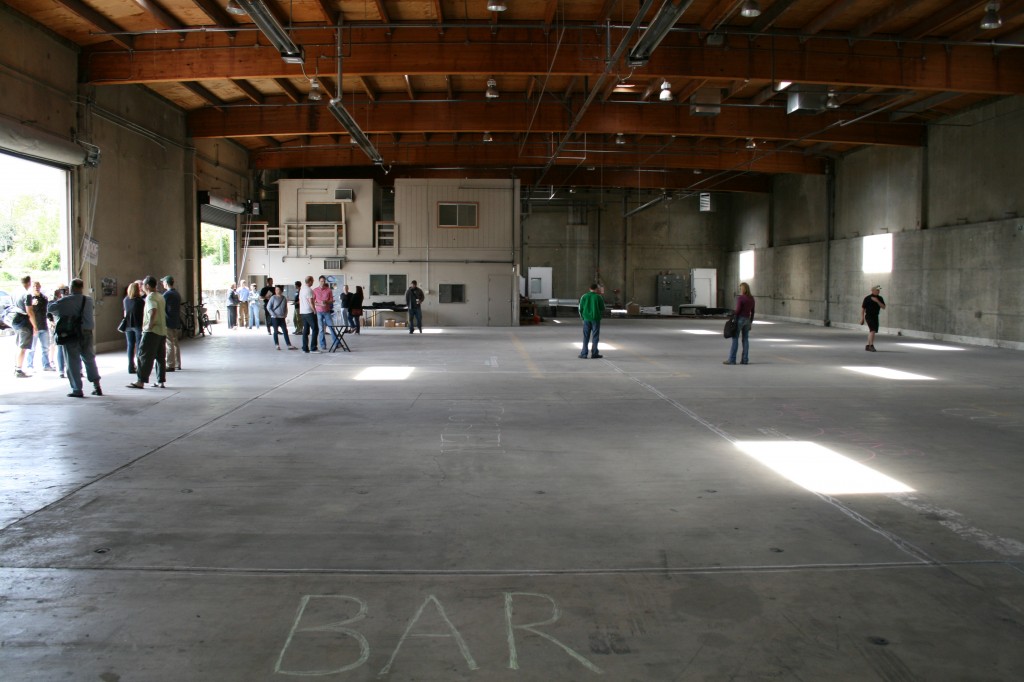 The space is massive, a bit larger than what Harris was looking for. However, with an agreeable lease he snagged up this space that allows for future growth. Inside this warehouse it seems to be in decent shape. A structure that once was the former tenants office space will be converted into a lab and break room. 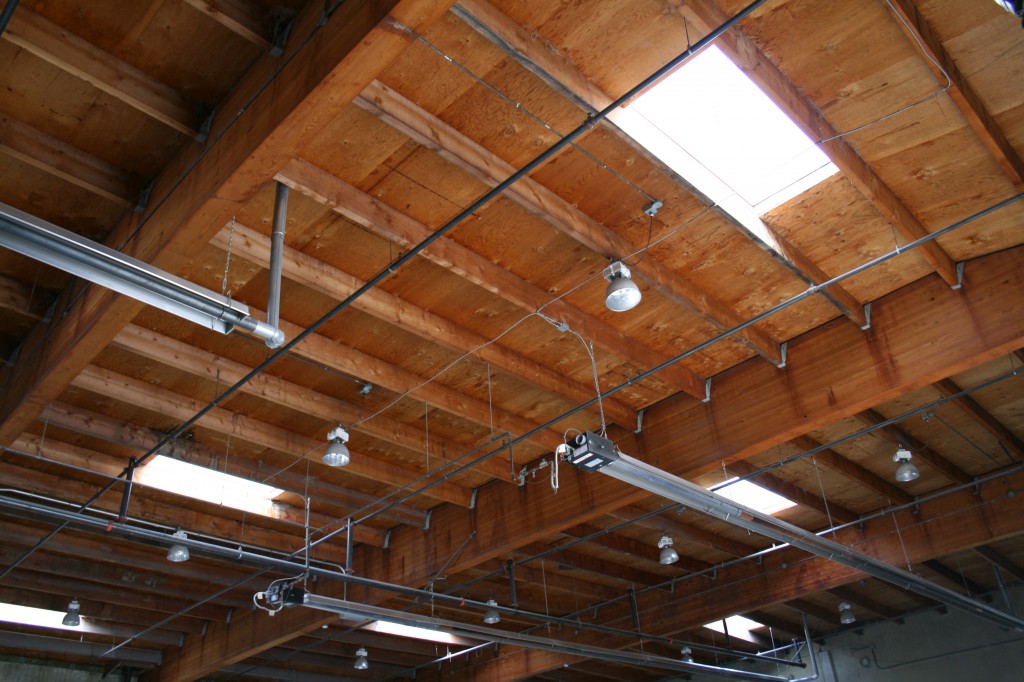 The ceiling is of great old, exposed wood beams with skylights throughout that offer some nice natural lighting. Once this build out starts, Harris will add more windows and a roll up door in the bar area that will lead out to a 1,000 square foot patio with views of the Freemont Bridge. 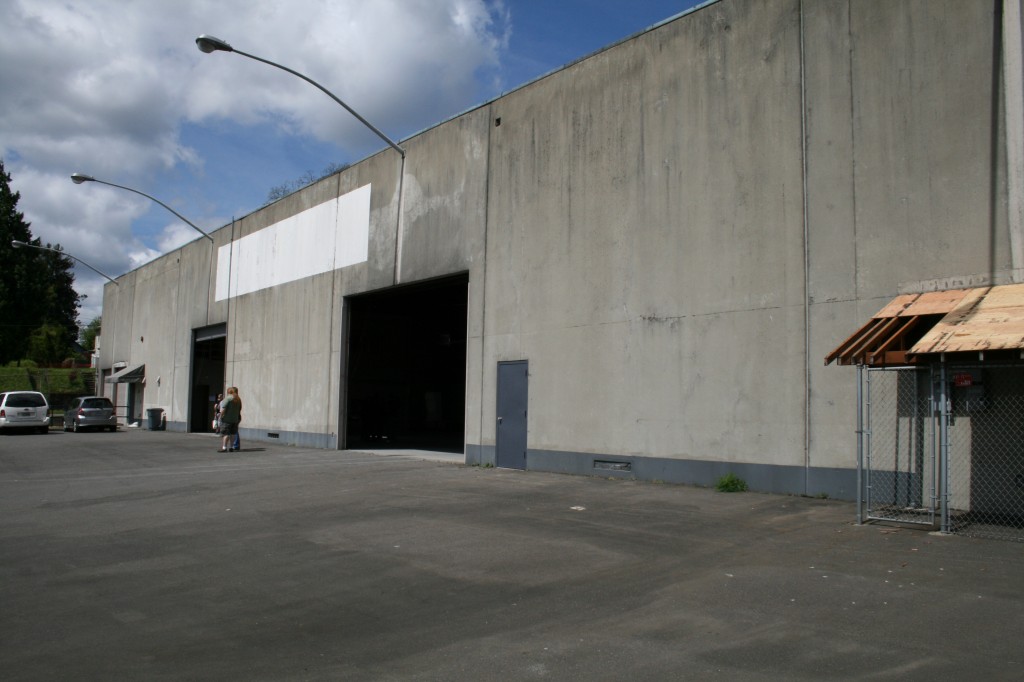 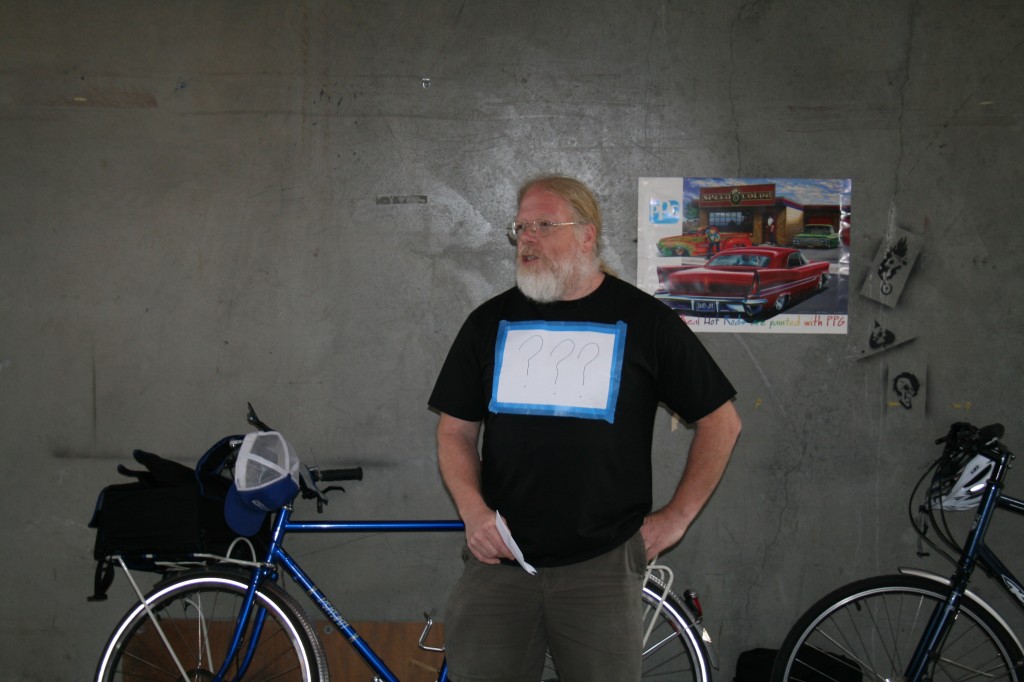 So how did Harris come up with the name Ecliptic Brewing? Well as Harris stated, his hobby is astronomy. He wanted to incorporate this passion of his into his career and give his new brewery a feel of the celestial.

A theme that was reiterated during the announcement is “journey and creativity”.  Harris stated that he came up with the Ecliptic name from “our journey around the sun”. Harris later stated, “Creativity is #1”. Keeping with the Ecliptic theme, Harris wants to offer a seasonally focused menu both of beer and food.

Once Harris starts brewing later he will be bringing it all back full circle to one of the pioneering Oregon craft brewers. Somehow Harris was able to locate and track down the original BridgePort Brewing Brewhouse that made its way to the Dogfish Head Brewing on the east coast. He purchased it and has transported it back to Portland. Most of equipment he feels will be salvageable but one piece that will not be is the original brew kettle. Harris joked that he’s saving the kettle to donate to the Oregon Brewers Museum whenever this will come to fruition. This equipment along with a few other pieces like a tank that he has already received from local fabricator MetalCraft will be added to complete a 15 BBL Brewhouse. 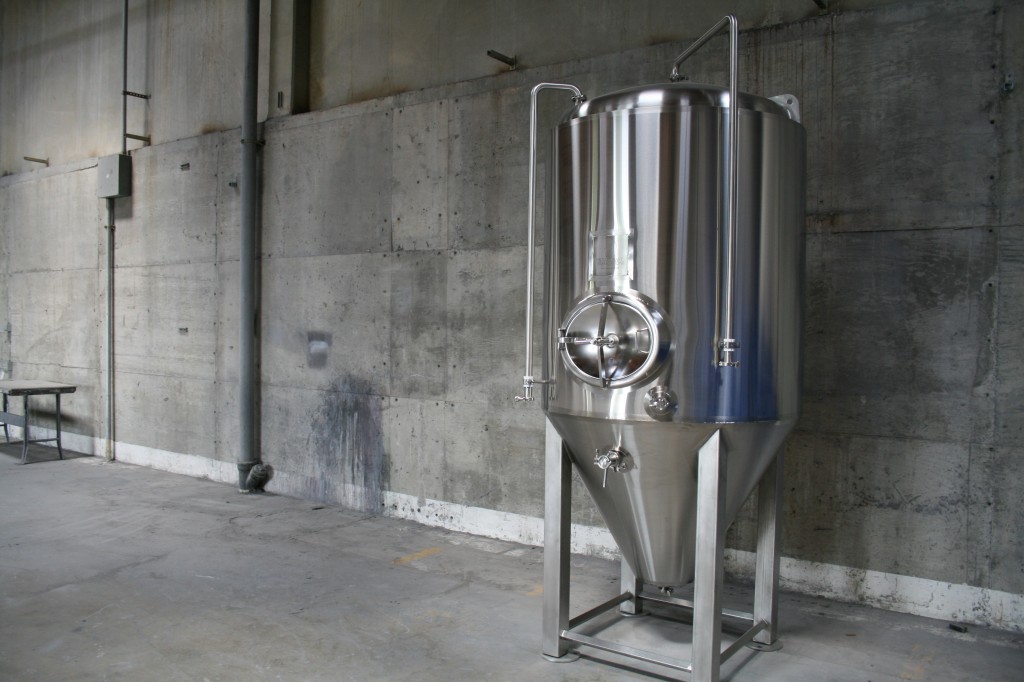 When asked about which styles of beer he plans to brew, Harris quipped that he didn’t want to give away too many of his plans. Though he did offer up that he’ll brew an IPA, Pilsner and will experiment with fruit.