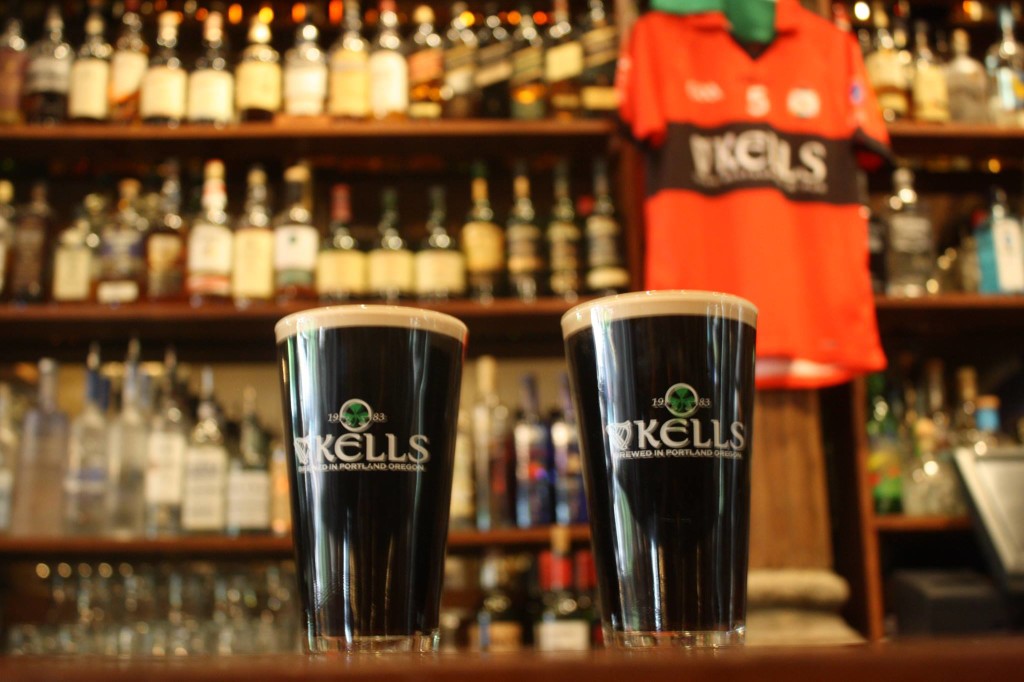 PORTLAND, Ore. – Oct. 23, 2014 – Kells Brew Pub on NW 21st Ave is pleased to announce the addition of Travis Stark as its new head chef. Stark’s first order of business was to refresh the existing menu, adding a variety of new appetizers, salads and entrees.

Stark, a graduate of Le Cordon Bleu, has experience running the kitchen at the Pitchwood Ale House in his hometown of Raymond, Wash., as well as working at downtown Kells and other Portland restaurants over the past seven years. He grew up in the Northwest, and has a keen appreciation for its bounty. “We get to enjoy fresh seafood, oysters, vegetables, fruit and, of course, the other food staple – beer,” said Stark. “Part of the fun for me is pairing up foods that not only pay homage to the Northwest but also complement the amazing Kells’ brews.” 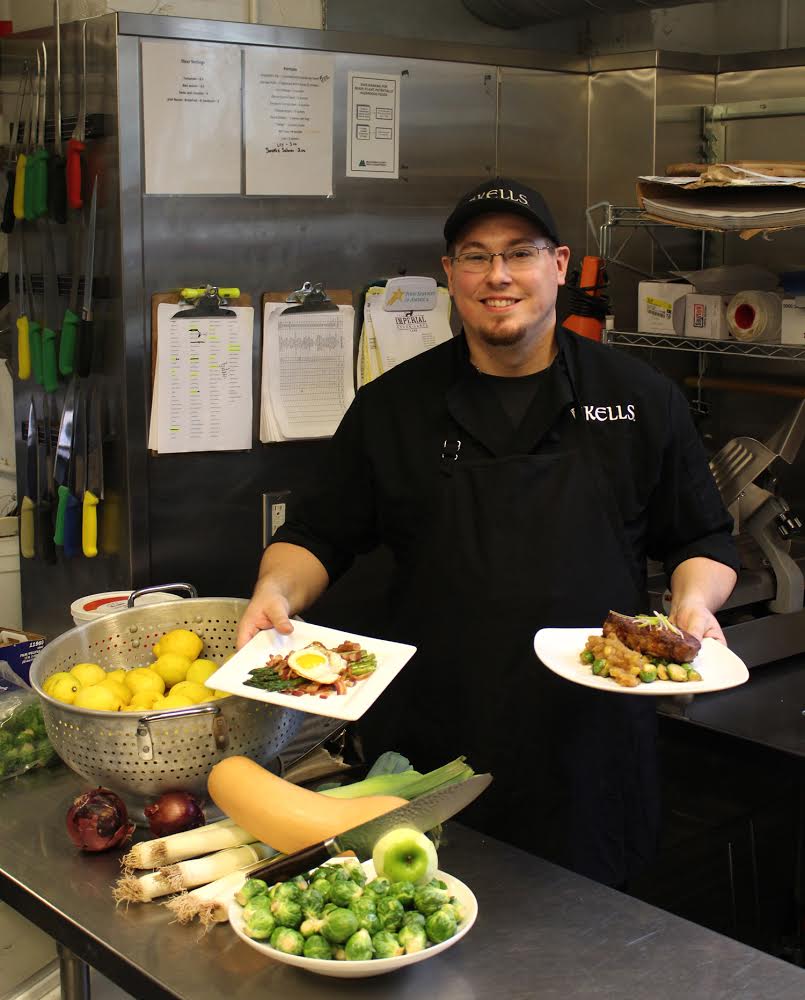 The updated menu starts with “Wee Plates” which includes all new items like salmon cakes with a chipotle remoulade & house made pickles; house-made falafel fritters served with tzatziki; bacon wrapped figs stuffed with goat cheese; and asparagus topped with an egg and bacon. New main entrees range from a cast-iron Wagyu top sirloin and Imperial Ranch lamb chops to wild caught salmon and a house smoked pork chop. Other new items are sprinkled throughout the menu, including a number of vegetarian and gluten-free choices. Traditional Irish favorites like shepherd’s pie, corn beef and cabbage and Dublin Chicken Curry remain.

“We really wanted everything to be a bit rustic – food cooked simply, using the best local ingredients,” explained restaurant manager Garrett McAleese of the new menu. “A few of the dishes are cooked and served in cast iron to give the food a vigorous, hearty flavor.”

Kells Brewery has been busy expanding its beer lineup as well. Adding to its original offerings of an Irish Lager, Irish Red and Irish Style Pale Ale is an Irish Stout served on nitro using fresh ingredients from the Northwest; and a whiskey-barrel aged red ale that immediately sold out upon its first release and will be released again in December at the Brew Pub. The brewery also has bottling plans in the works: its popular Irish Red Ale will be packaged in 12-oz bottles that will be available in December in time for the holidays.

Kells Brew Pub is open to all ages seven days a week from 11:30am to close Tuesday through Friday, 9am to close on weekends, and 4pm to close on Monday. For more information, visit www.kellsbrewpub.com or call 503-719-7175.

ABOUT KELLS
Serving the Northwest since 1983, Kells Irish Restaurant is a local family-run establishment that is consistently voted and ranked among the top Irish pubs in the United States. With locations in Seattle, Portland and San Francisco, it is a touchstone of each community that stays true to its roots, annually hosting the largest St. Patrick’s Day festival in the Northwest. Owners Gerard and Lucille McAleese are also recognized for their generosity to a number of nonprofits and community organizations. For more information, visit www.kellsirish.com.