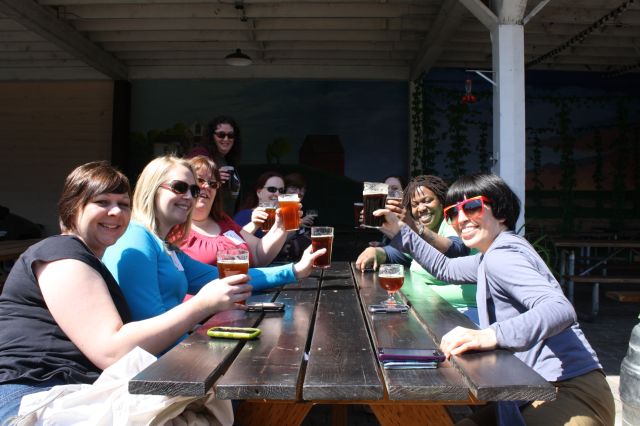 Portland, Oregon is filled with beer geeks. So it is no wonder that in recent months a group of ladies have gotten together and decided to form a social beer drinking group. To be a part of the Ladies of Lagers and Ales, or LOLA for short, there are two requirements to join; you must be a woman and you must love beer. 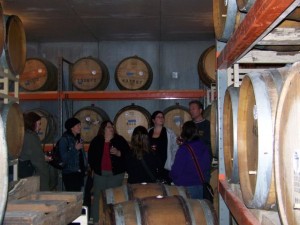 LOLA first came to fruition during the Holiday Ale Festival when a few gals and myself started talking about how we all really should meet up for beers without the men. We seem to always run into each other at beer events that we would attend with our boyfriends or husbands. This casual notation of socializing has been taken to a whole new level and is now an actual “group” or “club” open to any women interested in beer to join.  LOLA first met in December with the intent of meeting monthly for beers around town at the various great beer locations that Portland has to offer. Our first meeting started with seven ladies in attendance at the world famous Horse Brass Pub. A short mention of it was posted in Brewpublic in December 2010 in a  “Weekend in Review.” Some ladies that had read about the experience contacted me and told me they were interested in joining the group for a beer. A month later, we had twenty ladies meet at The Moon and Sixpence and trouble finding a section to seat us all. We had no idea that such a causal idea would turn into something that currently has a lot of energy behind it. 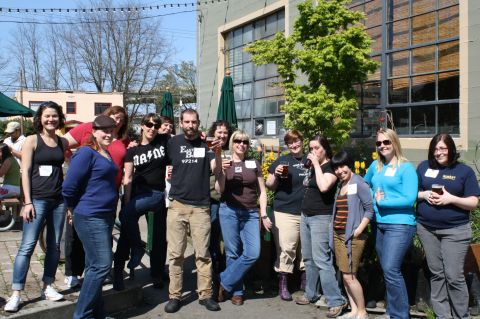 There are a lot of ladies’ beer groups in and around the Portland area but what sets LOLA apart from the rest of them? LOLA doesn’t really have an educational agenda. Also, we are not a professionals-only organization. We are more of a social group that explores all the aspects of craft beer in the Portland area while creating a fun environment for women to drink beer with other women and maybe learn a thing or two at the same time. We want women who enjoy beer, no matter their beer expertise, to get together with other women, and just enjoy a good ol’ pint. LOLA wants to appreciate women who love beer and bring more women into the beer scene. With that being said, LOLA meetings tend to be more on the social side but we have definitely had meetings where we meet with people working in the beer industry and learn more about how they contribute to the beer scene. 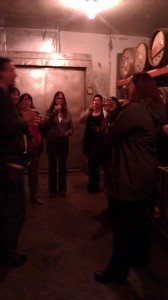 In one such meeting a private tour for the ladies with Cascade Brewing was set up to find out the behind the scenes of the new barrel house. Preston Weesner, General Manager of the Barrel House, gave 12 ladies a private tour that I think must have last about four hours. The tour started in the barrel room with Preston pouring samples straight from the cooperage. Originally he had decided on sampling about five barrels but soon learned that his audience was not your average beer drinker. With lots of the members of LOLA being avid home brewers, the ladies were interested in the process and blending that Cascade does and asked lots of questions. The samples were starting to pour a bit more freely and soon moved into the keg cooler where Preston proceeded to tap random kegs and open rare bottles and describe the various beers that we were tasting. For the sour beer lovers in LOLA, this tour was epic.  Running into Preston later he mentioned how impressed he was with not only the knowledge bases of the ladies in LOLA but also how they could keep up with his drinking. For anyone that knows Preston, you should know that this is not an easy feat.

At another LOLA meeting, the ladies met with Ben Flerchinger, brewer at the  Lucky Lab. Here we were able to brew a beer on the Lab’s NW Quimby Street brewing system. Ben helped the ladies design a recipe for a Kolsch and invited us to see what the process is like on a 7-barrel system. Each lady that came to the brew day got to participate in some way.  We attached hoses and clamps, we mashed out the grain, and even got to add hops to the boil.  A more extensive write up the process will appear on the Portland Beer and Music blog and will be written by member Nicole Kasten. The beer is expected to be ready close to Memorial Day weekend. Once a release day is set, the Lucky Lab will host LOLA and a release party. 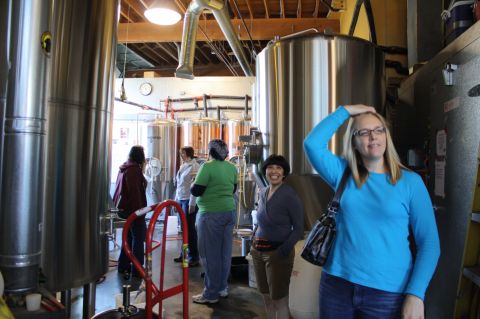 This goes to show you that the Ladies of Lagers and Ales are a group of women that are just as passionate about beer as some of the men out here in Beervana. For ladies interested in more info or joining LOLA a Facebook group has been created, just search for LOLA. Also, we can be reached at ladiesoflagersandales@gmail.com In the near future look for LOLA to hold events and brew more collaborator beers. It’s time to celebrate women who love beer!