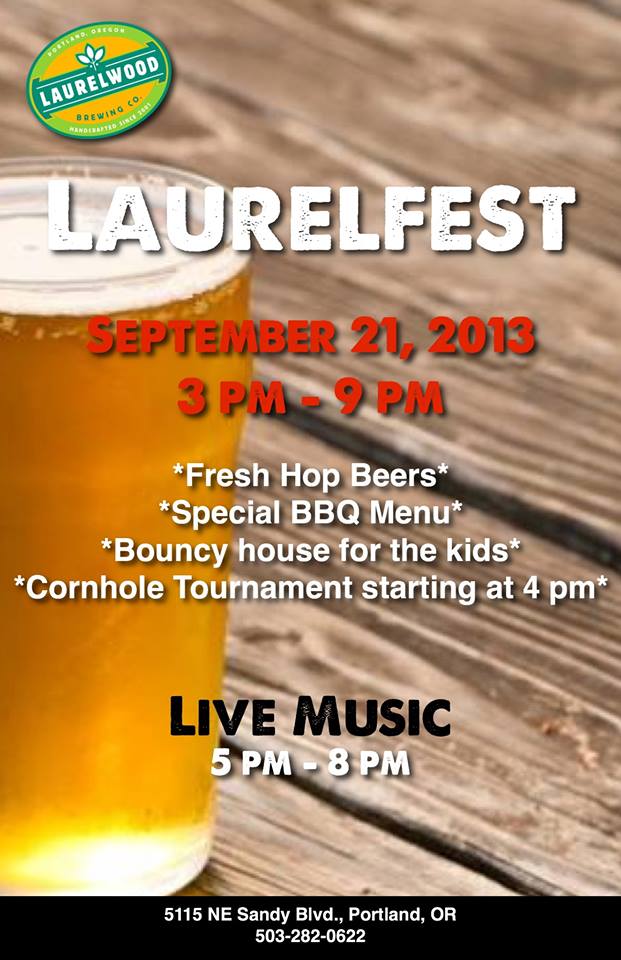 Celebrate the last day of Summer at Laurelwood Brewing’s annual Laurelfest at their NE Sandy location. Yes, fall begins on Sunday so why not cap off your summer on Saturday, September 21st at Laurelfest from 3:00 – 9:00pm.

This year’s Laurelfest will feature:

Laurelwood will also be featuring their new Laurelfest Beer. This years Laurelfest beer is an interpretation of a monastic style single ale. This years version used a simple malt bill, expressive yeast and floral hops to create a clean, flavorful blessing on your day. Sorachi Ace hops, a Japanese variety now grown in the Willamette Valley, impart lemon and dill flavors, blending with the spicy and fruity dynamic in the yeast.
5.3% ABV / 5.3 IBU / O.G. 11.5° Plato

And here is the latest from Laurelwood’s September Brew News: